The U.S. dollar price of gold declined in 2015, but the same year gold advanced in many other currencies. What can we learn from this behavior?

The London spot price of the shiny metal, in U.S. dollars, declined 9.56 percent from $1172 to $1060 last year, marking its fourth full year in a bear market. It also fell from the perspective of the Swiss franc, British pound and Japanese yen. However, gold prices quoted in other major currencies show a different picture.

Let’s look at the charts below. Investors who bought gold with euros at the beginning of 2015 can sell it for about the same amount now. Actually, the price of gold in euros has been showing a bullish pattern since December 2013. 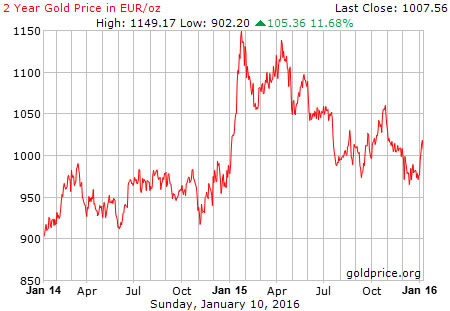 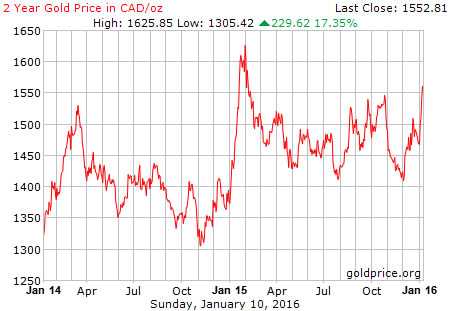 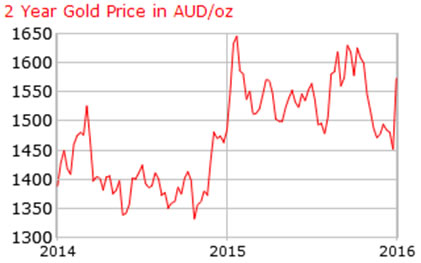 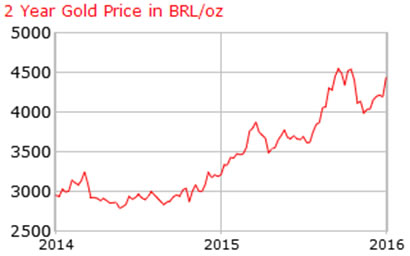 What does the divergence in gold prices quoted in different currencies imply? First, the decline in the U.S. dollar price of gold in 2015 simply reflects the strong greenback. It proves that the yellow metal may be considered as a bet against the U.S. dollar.

Second, one of the biggest drivers of the gold price in 2015 was the monetary policy of central banks. The shiny metal lost in Swiss francs as the Swiss National Banks removed its peg to euro, and declined in British pounds as the Bank of England heralded its plans to raise the interest rates.

Third, gains in many currencies were driven by high inflation and economic instability. Therefore, the shiny metal acted in 2015 as a safe-haven in countries experiencing economic turmoil. It is no coincidence that gold gained mostly in currencies of countries slowing down or even mired in recession (like Brazil, Canada, Russia, Ukraine).

Summing up, the gold price movements are relative to the currency in which they are measured. Gold lost in the U.S. dollar and some other major currencies (due to the relatively hawkish monetary policy and appreciation of the U.S. dollar), but it performed quite well in many other currencies, including the euro, acting as an inflation hedge and a safe-haven against the depreciation of those currencies.