During the previous silver bull market, interest rates and silver moved in the same direction (up). This makes sense, given the fact that silver and interest rates move together in the long run – for the last 100 years at least. 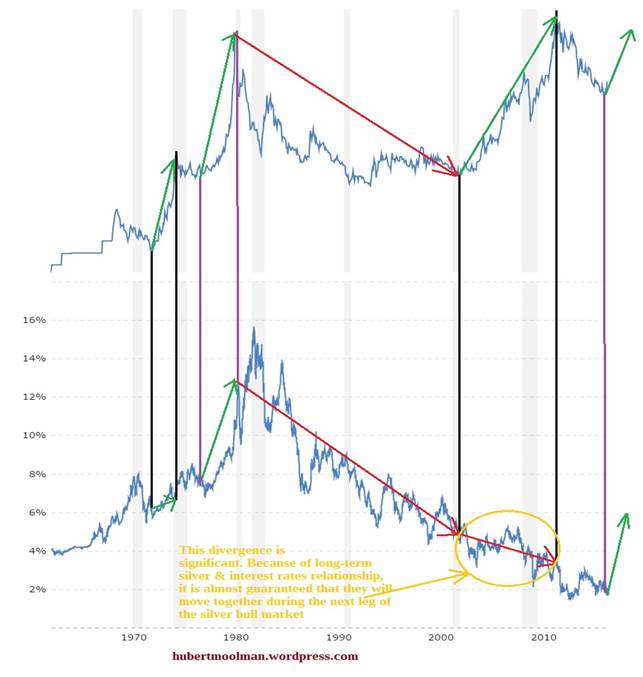 A spike in interest rates (meaning – a collapse of bonds) will provide an explosive boost to the coming silver rally.

Previously, I have shown how the structure of the 70s silver bull market is similar to the current one. This similarity is also true for interest rates. Again, this makes sense, given the fact that silver and interest rates move together in the long run.

Below, I have done fractal analysis of the 10-year US Treasury Yield, to show that similarity: 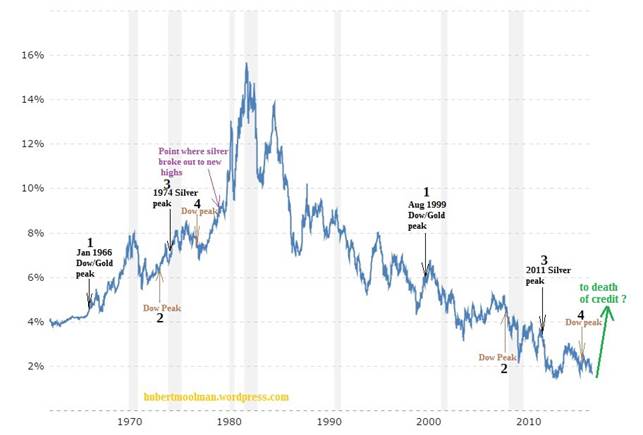 On the chart, I have marked similar points (1 to 4) to show how the 70s period is like the current one. If the comparison is valid, then the yield has bottomed (or is close to a bottom), and will eventually break out of the downtrend that has been in place for decades.

This move will most likely collapse the bond markets. A silver price move pass $50 would likely confirm this.

For more on this and this kind of fractal analysis, consider learning more about my premium service.