Despite its alarming COTs, silver has continued even higher over the past two weeks to arrive at a near-term target in a critically overbought state. We can see this on the 1-year chart which suggests that it is likely to react back soon, or at least stop to consolidate. 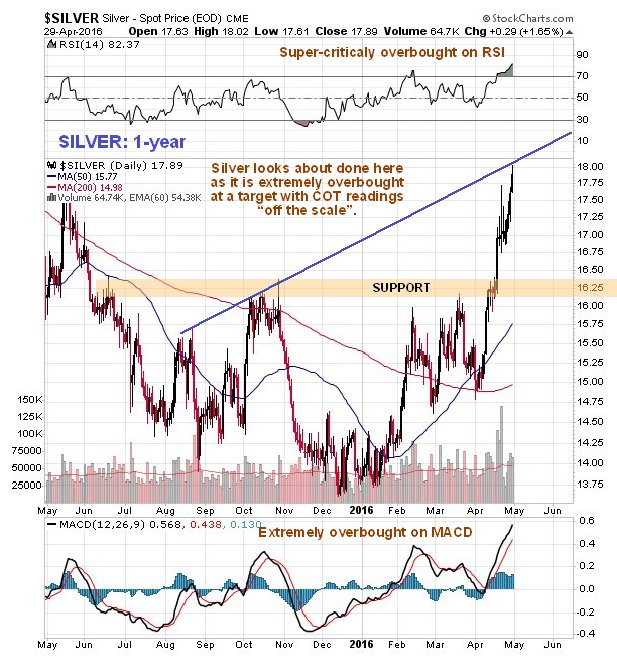 The good news for the longer-term is that this action has at last broken it out from its long-term downtrend, but as we can see on the 6-year chart, it is now approaching a zone of strong resistance in the $18.50 - $19.50 zone, which, should it continue higher over the near-term, should call a halt to the advance. Should the dollar break down soon from its potential top, however, then both gold and silver could go into meltup mode, in which case silver could break smash through this resistance and continue considerably higher to the next major resistance in the $26 - $27.50 zone. 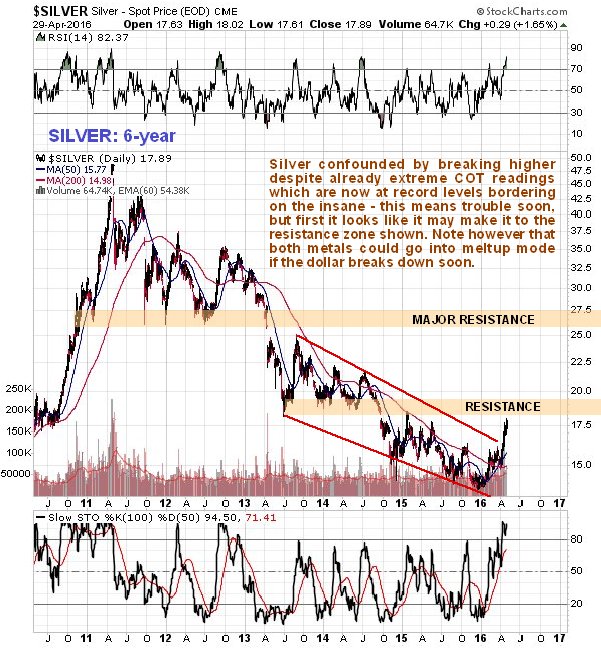 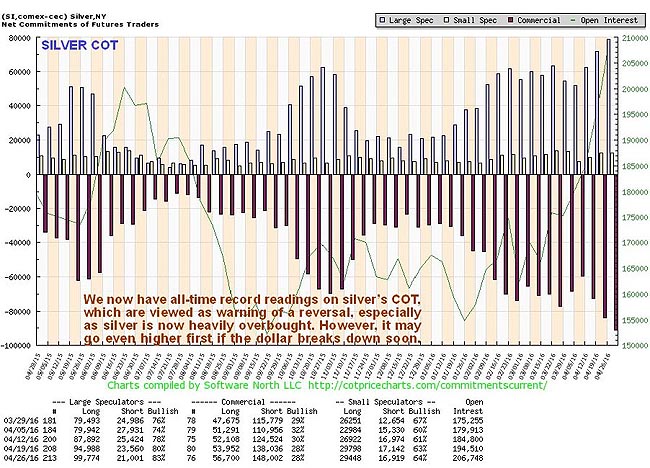 We can see just how extreme the COT readings are historically by looking at the long-term Hedgers chart going back to late 2003. These readings have not been exceeded in over 12 years. Such readings, even during a vigorous bullmarket, call for caution, and suggest a high probability or consolidation or reversal imminently. 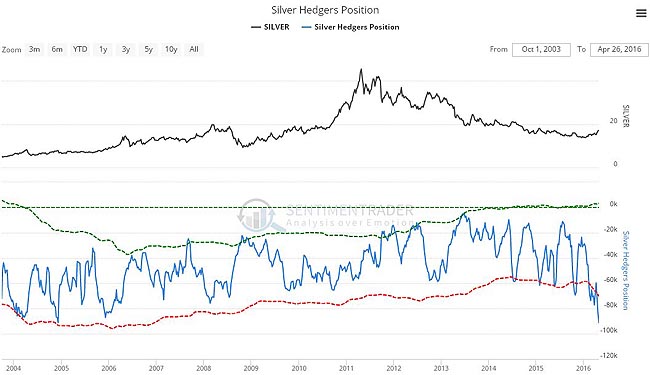 Conclusion: Silver has at last signaled that it is entering a major bullmarket phase, however, it is very overbought and the wild extremes in COT readings suggest that the advance is likely to stall out soon leading to a reaction or lengthy period of consolidation, but if the dollar breaks down soon both it and gold could go into “meltup mode”. We must therefore keep a close eye on the dollar.