The Sweat of the Sun

Gold miners, because the number of discoveries was falling and existing deposits were being quickly depleted, have had to diversify away from the traditional geo-politically safe gold producing countries, ie Canada, the U.S. and Mexico. The move out of these “safe haven” countries has exposed investors to a lot of additional risk.

In many parts of the world capitalist hating Marxist governments are becoming greedy. Many countries might come to mind as places where shareholders could, without warning, receive news that their operations have been taken over, expropriated, by the government and/or its friends, or that permits are suddenly suffering delays or have been cancelled outright.

One of the most serious and unpredictable risks facing mining operations and investor interests is "country risk" - where the political and economic stability of the host country is questionable and abrupt changes in the business environment could adversely affect profits or the value of the company’s assets.

We’ve seen far too many instances of companies losing assets that were lawfully theirs.

Below is a chart from statista.com showing slowing global gold mine production. 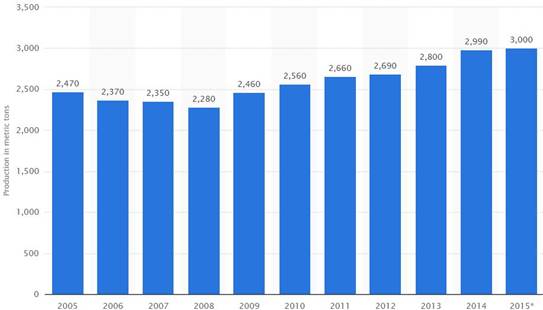 According to the World Gold Council; Gold demand rang in at 4,212t for 2015, virtually the same as in 2014. Annual gold mine production increased at the slowest rate since 2008 and re-cycling has dropped to multi year lows. 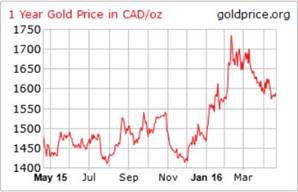 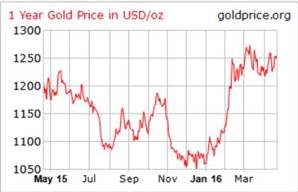 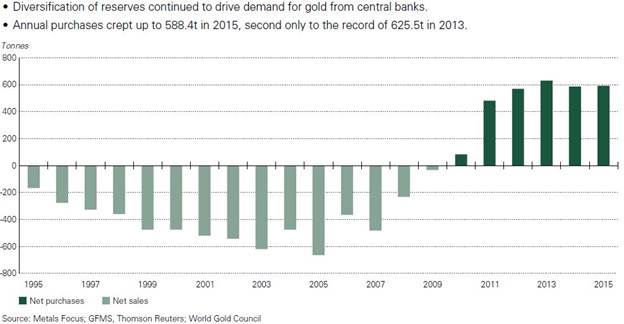 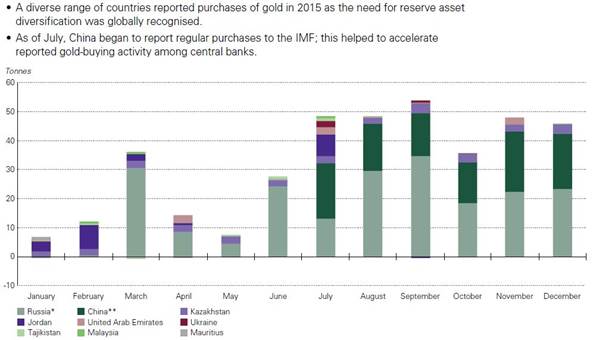 “Back in 2012, mining companies slashed their corporate costs, their exploration and development budgets [and so] the pipeline of new gold mines is really thin.” Alistair Hewitt, World Gold Council 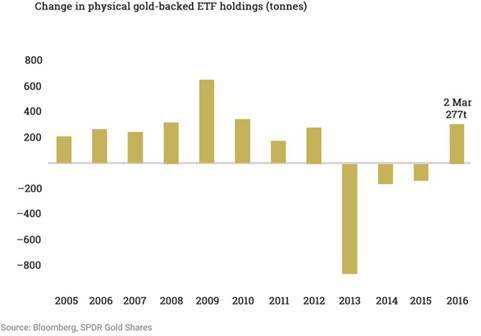 GFMS estimated exchange-traded funds (ETFs) purchased by 330 tonnes of gold during Q1. That’s almost ten times higher than the 36 tonnes that ETFs bought in Q1 2015 putting the global gold market in deficit by 25 tonnes for the 1st quarter 2016.

Juniors, not majors, own the world’s future mines and juniors are the ones most adept at finding these future mines. They already own, and find more of, what the world’s larger mining companies need to replace reserves and grow their asset base.

Juniors are risky, managing that risk is what investing in the junior resource sector is all about – in a nutshell it’s all about when you invest. Some people invest extremely early because of management, some on the possibility of what a property might host, some people will wait and invest as you start to drill and build resources thus reducing their risk. Only you can decide the level of risk you can tolerate and how much patience you have to sit while developments, the story, plays out.

The greatest risk, and by far the most upside, comes from buying a junior when they are exploring and make an initial discovery. Great drill assay results can send a juniors share price skyrocketing. The reverse can also be true. Junior explorers, the green field plays, are the riskiest plays by far.

My favorite stage juniors mediate some of the risk, these juniors are in the post discovery resource definition stage. Our chosen junior has already discovered something, and they are going in to see what they have – to hopefully produce a 43-101 compliant resource estimate, or build upon an existing resource. The risk for an investor at this stage has been greatly reduced, the waiting time for a discovery non-existent and the reward very nice considering the much lower amount of risk. If there’s still enormous blue-sky discovery potential on the rest of the claims, so much the better.

The Incas believed gold was the “Sweat of the Sun.” Gold represented the glory of their sun god, Inti.

In ancient Egypt, gold was considered the skin or flesh of gods, in particular the Egyptian sun god Ra. Gold was unavailable to anyone but the Pharaohs.

The Egyptian word for gold was “nub,” taken from gold-rich Nubia - shown on the Turin Papyrus as a major gold producer in antiquity.

Let’s leave the last words to King Ferdinand of Spain who said, in 1511; “Get gold, humanely if possible - but at all hazards, get gold.”

May 27 The Metals, Money, and Markets Weekly: low volumes = low Prices
May 27 Silver demand and supply trends to watch
May 27 A dis-inflationary whiff and its likely path
May 27 The success of the Fed in curbing economic volatility and what it may mean for gold and silver
May 27 Before you buy any oil stocks, read this