What a last 24 hours for markets! At one point Gold was up $100/oz, S&P futures were limit down and the British Pound was down over 8%! The volatility has subsided, perhaps temporarily and Gold settled around $1320/oz with Silver settling below key resistance at $18. The miners predictably gapped up but the strength was sold. As miners remain below 2014 resistance we expect Gold to retest $1300/oz before moving higher. 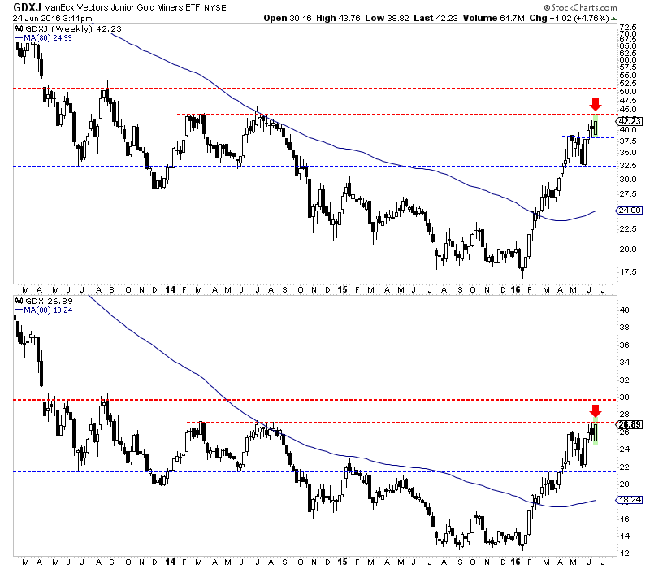 We should also note that the miners remain stretched when viewed through the lenses of history. Specifically, Brexit pushed the rebound above the 2008-2009 rebound. 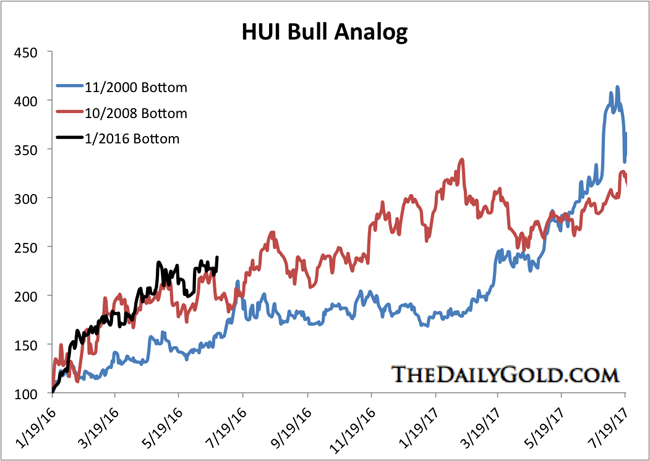 Given the action in the miners today and their historically overbought condition, coupled with Gold selling off from much higher levels, I expect Gold to retest $1300/oz next week. A retest is only that and nothing more. While Gold has technically not formed a reverse head and shoulders bottom, it nevertheless has a potential measured target of $1550/oz. There is some resistance at $1330 and $1380 to $1400. However, there is very little resistance from $1400 to $1550. 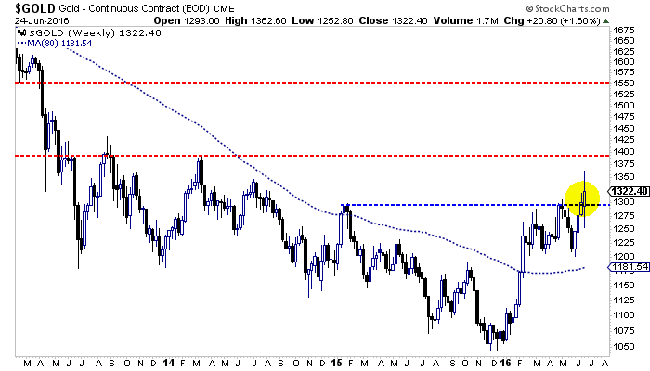 News events rarely change market trends as the market typically leads news but Brexit could be an indication of a new bullish development for precious metals. That would be the long-term disintegration of Europe which would be very negative for the Euro, the world’s second largest currency. This news propelled Gold through $1300 and could be the catalyst to take it towards $1400 over the next few months. Meanwhile, the gold stocks could back and fill just a bit before again testing 2014 resistance levels. Consider learning more about our premium service including our favorite junior miners which we expect to outperform in the second half of 2016.

May 29 The metals, money, and markets weekly by Mickey Fulp - May 29, 2020
May 29 Metals nearing critical momentum for new parabolic rally
May 29 Daily gold news: Friday, May 29 - gold at yesterday's high
May 29 Will the Fed trigger inflation this time, boosting gold?
May 29 Gold: The three waves to $2500