Burkina Faso - which means “land of honest people” - is a 105,900 square mile sized landlocked country in West Africa with a very stormy recent history. In late October, 2014 then President Blaise Compaore decided to amend the constitution so that he may extend his already lengthy 27-year rule. After the people began to riot over this dictatorial decision, Compaore decided to resign. Michael Kafondo proceeded to lead the country through a transitional period before a planned 2015 presidential election. After a failed coup attempt in September 2015, there was a general election held on November 29, 2015 with M.C. Kabore receiving 53.5% of the vote against 29.7% for the second place candidate, Zephirin Diabre. 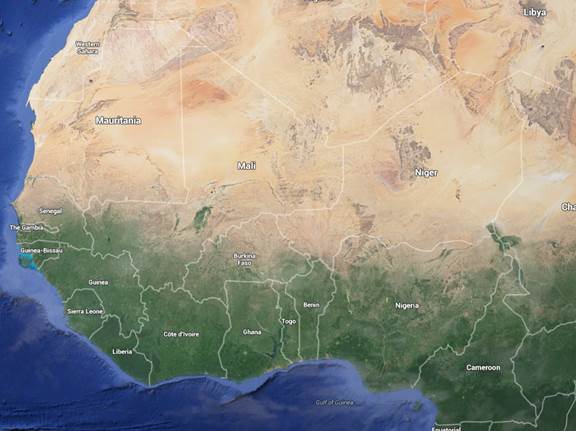 While this political upheaval was taking place, the vicious miner bear market, which began in 2011, was into the final throes of it’s capitulation phase as the sector was making what I believe has become a solid six-month bottom. Since political order has now been restored, there has been much activity in the M&A space along with the announcement of another large gold mine start up.

Modern mineral exploration started just 15 years ago and has made Burkina Faso one of the fastest rising gold producing countries in the world. They are currently the fifth largest African gold producer and in 2014, The Fraser Institute placed Burkina Faso fourth in sub-Saharan Africa for mineral potential and sixth for mining investment. Since 2007, nine gold mines have been fully permitted and put into production while more than 20% of Burkina’s GDP comes from the mining industry of this tiny mineral rich nation. The country also has a low 20% corporate tax rate for mining companies and the government is entitled to a 10% free carried interest and a very competitive 3-5% sliding royalty on gold production.

Here is a list of my favorite Burkina Faso miners that I have now finished accumulating positions in:

Semafo (SMF.TO) This is one of the lowest cost mid-tier miners in the sector. Their flagship open pit Mana mine will produce 225-245,000 oz this year with AISC of C$720-760 per oz. at a head grade of 3.25 g/t. They also have the fully financed C$219M capex Natougou project with maiden open pit mineral reserves of 9.6 million tonnes at a grade of 4.15 g/t Au for 1,276,000 ounces of gold. This project is currently awaiting the Enviromental Social Impact Agreement (ESIA) due in Q4 of this year. Production should begin in the first half of 2018. Semafo also has an C$18M exploration budget this year to expand both of these open pit mine reserves along with their 3rd high grade deposit in Burkina, the Nabanga project.

Endeavor Mining (EDV.TO) I believe this mid-tier miner to be fast approaching major miner status by the next decade.  When the aforementioned Hounde mine is completed in 2018, they will be producing over 900,000 oz of gold with AISC of C$800 per oz from 5 mines in West Africa. Two of these mines, Karma and Hounde, are in Burkina and both have large unexplored land positions with the Hounde mine positioned to be Endeavor’s flagship, low cost mine.

Orezone (ORE.V) This developer has a very good understanding of how to do business in Burkina as CEO Ron Little and his team have previously discovered and sold the largest gold mine in the country to Iamgold (IAG) in December 2008. Just this week they closed a C$26.5M bought deal offering and now have around C$30M cash and no debt, streams, or royalty (the aforementioned in country royalty and taxes do apply) impingements on their M&I 4.56 Moz Bombore deposit. They just received the ESIA permit and are now waiting for the mining permit which is due in Q3 of this year. This deposit is still open at depth and likely to get much bigger.

Sarama Resources (SWA.V) This Canadian listed, Australian gold explorer and developer is busy with three advanced projects in the Hounde gold belt and a fourth exploration play in the Banfora belt. They currently control a 2.1 Moz inferred gold resource at the South Hounde Project plus a 0.7 Moz inferred gold resource at the neighboring Karankasso deposit which also has a JV with another Canadian Jr. explorer, Savory Gold (SCA.V).  Sarama just announced a deal with Orezone to purchase the 0.4 Moz Bondi deposit and they also have a deal with Acacia Mining (US:ABGLF), formerly African Barrick, earning into the South Hounde project via a C$15M deal. The management team is responsible for the discovery of the 22 Moz Moto Gold deposit in the DRC which was sold to Randgold (GOLD) & AngloGold (AU) for $578M in October 2009 and now produces +600k/oz au per year.

Teranga Gold (TGZ.TO) This mid-tier producer owns the only mine and mill in Senegal which will produce +200k/oz per year until 2024 with avg. AISC below $900 per oz. However, they just entered into an agreement to purchase Australian explorer Gryphon Minerals (ASX:GRY) in an all share deal worth C$63M which would give Gryphon shareholders 15% ownership of Teranga. If the deal closes, this mid-tier will have control of the P&P 1.05 Moz Banfora deposit located in Burkina Faso that is still being explored along with highly prospective land positions at Gorma and Golden Hill, also in Burkina.

I believe Burkina Faso will continue to attract major mining companies and M&A in the region should continue as this new precious metal bull cycle heats up again. Major miners need to replace rapidly depreciating ounces and Burkina Faso, with its vast amount of untapped exploration gold belts, has the potential to be a major player in the global mining industry as this new bull market matures.

David Erfle is a 52 year old self-taught mining sector investor. He stumbled upon the mining sector in 2003 as he was looking to invest into a growing sector of the market. After researching the gains made from the 2001 bottom in the tiny gold and silver sector he became fascinated with this niche market. So much so that in 2005 he decided to sell his home and invest the entire proceeds from the sale into junior mining companies. When his account had tripled by September, 2007, he decided to quit his job as the Telecommunications Equipment Buyer at UCLA and make investing in this sector his full time job. He personally survived two bear markets, witnessed incredible sector changes and had to alter his investment philosophy numerous times in order to adapt to changing market conditions."