The Year Is 2029: The US Declares Its Debt Null And Void

(Kitco News) - August 5 –The year is 2029. Interest rates are spiking. A dollar crisis has emerged. Inflation is running rampant.

Or, so the story line goes in a dramatic summer read --The Mandibles: A Family 2029-2047 by Lionel Shriver. (2016 HarperCollins Publishers).

In this fictional tale, the New International Monetary Fund is enforcing a new global reserve currency called the bancor, which is physically backed by a basket of real commodities, including corn, soy oil, natural gas, rare earths copper and, of course, gold.

As the crisis unfolds, the U.S. president has announced a freeze on money transfers out of the U.S. Capital controls are in place and no amount above $100 is allowed to leave the U.S. Panicked American businessman are searched at airport departure lines and found with suitcases bursting full of dollars –which are then confiscated.

Trading on the New York, London, Paris, Hong Kong, Berlin and other major world stock exchanges has been shut down.

The fictional currency –the bancor, which is backed by hard commodities, is of course intended to restrict the money supply. And, turn off the types of quantitative easing and money printing monetary policies that global central banks have embraced in the post 2008-global financial crisis era.

The plot thickens: The New IMF demands that U.S. Treasury debt held by foreign investors must be redeemed in bancors.

Then in one fell swoop, the U.S. President in a national address declares its debt null and void. The Treasury and the Fed declare a "reset."

Problem solved: Just like individuals can declare bankruptcy and have a fresh start –so does the U.S. government.

In this fictional novel what is happening to gold? It's storming to new all-time highs. Millions of competing investors around the world are stampeding into what has been a store of value for 5000 years.
The President decrees all gold held by individual private citizens must be turned into the government. No hoarding will be tolerated with quarter of a million dollar fines levied on those who don’t comply. House to house searches are conducted, with soldiers tearing up homes looking for gold.

Beyond the dramatic economic warfare, the book highlights interesting philosophical concepts about the value of money. One character (a Georgetown Economics professor no less) suggests that economics is closer to religion than science.

"Money is emotional…Because all value is subjective, money is worth what people feel its worth. They accept it in exchange for goods and services because they have faith in it," says Lowell Stackhouse in a conversation in the book.

If you are looking for a good summer read, go pick this up. I, for one, couldn't put the book down.

Here's what others are saying about the book: 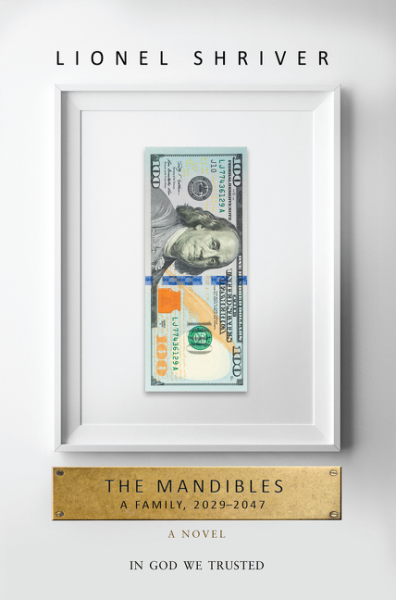