Picking Up the UK Tab 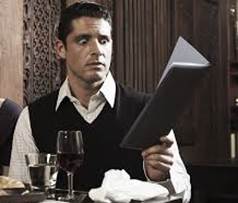 Back in the late 90’s, I began saying, “I’ll give the EU twenty years.” At that point, the EU seemed to be going great guns, but I believed that it was an ill-conceived concept that wouldn’t stand the test of time.

There were several reasons for my view. First, I didn’t believe that those countries that were entitlement-focused, such as the Greeks, would ever be as fiscally responsible as, say, the Germans, so the Germans (and other countries where there was a responsible work ethic) would end up subsidizing the Greeks (and to a lesser extent, Spain, Portugal, etc.)

Second, culturally, there was so great a divide between, say, the Austrians and the French, that they could never substantially agree on the union’s laws and directions.

Third, the countries of Europe have been at war with each other countless times over the centuries. They might agree to trade cooperation, but they would never agree to having a former enemy dictate policy to them. And it was baked in the cake that some members would have a louder voice than others and so, would seek to dominate.

In recent years, we’ve watched the EU stumble repeatedly. Invariably, Brussels has arrogantly assumed that it can dictate to all EU members, and offers few apologies for doing so. The individual countries’ leaders then do their best to explain to their own voters why Brussels should be able to behave like an oligarchy, and the voters understandably have become increasingly angry.
Eventually, the wheels were sure to come off the trolley and, with the UK Brexit vote, we’ve witnessed the first major blow to the survival of the EU.

Whilst the “leave” vote has been acknowledged, we should expect to see politicians placing stones in the road to Brexit, in addition to creating repeated delays. It would also not be surprising to see demands for a recall or even a nullification by the UK Supreme Court.

In the midst of this, we’re already seeing the predictable back-pedaling by those politicians and pundits who, up until the vote, were warning that a Brexit would spell unmitigated disaster for Britain. Most of them are now speaking instead of “working on crafting a successful settlement”. (After all, when the sky has failed to fall, they won’t want the public to remember that they ranted like veritable Chicken Littles prior to the vote.)

But, in one sense, the Brexit will unquestionably spell disaster – not to Britain, as was claimed, but to Brussels.

Britain was never fully married to the EU; she was more a “woman on the side,” but in this case, it was the woman that was picking up the tab for the affair. In 2015 alone, the UK paid £13 billion into the EU budget, whilst EU spending on the UK was £4.5 billion. The UK's “net contribution” was therefore about £8.5 billion - a loss of 65% of its investment. Not money well-spent, considering the trade restrictions heaped on the UK by Brussels.

The £8.5 billion loss, of course, went to support the net-receiver members of the EU, such as the ever-unapologetic Greece.
Most of the above will be common knowledge, but here’s a few pertinent questions that no one seems to be asking - at least not publicly:

At what point does the UK cease to pay into the EU?

Well, Brussels and those UK politicians that support the EU oligarchy concept will wish to delay that eventuality as long as they can. Consequently, we shall witness a struggle within British politics as politicians attempt to appear as though they’re honouring the voters’ edict, whilst finding repeated excuses to delay the Brexit. On the surface, it might not seem that they’d receive significant push-back, but, for those Britons who voted “leave” and, indeed for many who voted “remain,” the idea of Brussels demanding continued annual payment, whilst kicking the UK for choosing to leave, will result in the great majority of Britons becoming more than a little cross. (If we’re going to split the sheets, let’s get on with it. Any discussion of alimony should be a non-starter to say the least.)

Who’s going to pick up the tab when that flow of revenue ends?

Well, now, that really is a puzzler. A large part of the reason why the UK had to be such a significant net-contributor was that most full EU members couldn’t scrape up their “fair share.” Even most of the larger members, such as France, are broke. They can no longer pay their domestic bills, let alone take on more major EU funding.

When all else fails, it typically falls to Germany (the country that was really responsible for the EU’s creation in the first place) to pick up the tab. And it wouldn’t be surprising if Mrs. Merkel were to attempt to sell the idea to the German people that her “Fourth Reich” must come up with the cash, or her dream will fall apart.

Interestingly, Mrs. Merkel enjoyed an increase in popularity after the Brexit vote, after having lost a great deal of support as a result of the refugee crisis. However, once the German people learn that they may be hit with yet another EU bill, her ratings may head south again. She’s up for a fourth term in 2017 and it’s uncertain whether the German people will know by that date how the EU hopes to share out the former UK portion of the EU tab.

Will that impact the continuation of the EU?

The bill will most assuredly go to the remaining net-payer members and, whoever gets handed the tab, the voters in these countries will most assuredly be asking themselves whether they’re facing diminishing returns. Certainly, Germany, France and the UK are presently taking the greatest shellacking. Italy, the Netherlands, Sweden, Austria, Denmark and Finland are also net-contributors. But all the other 19 members are net-receivers.

Certainly, the politicians in these countries share in the EU power and will want to stay in, but their voters who, increasingly, are feeling the squeeze of the unacknowledged Greater Depression may assert themselves at the polling stations, demonstrating that they’re not willing to throw good money after bad.

In the end, the conceptual problems with the EU’s existence may be outweighed by the economic ones. But of one thing we can be fairly certain: should the EU bite the dust in the coming years, the demand for its demise will come from the bottom up, not the top down.