The 6th annual Beaver Creek Precious Metals Summit, held September 14-16, 2016, has built itself into one of the world’s premiere mining investment conferences. This year’s event, double in size since its inception, had a refreshing theme that majors haven’t heard from their investors in a while, “the smart money goes prospecting.”

Finally, junior explorers are seeing a resurgence of financial backing and investors who find the right projects for their portfolios, are setting themselves up for tremendous ROI opportunities. Unfortunately, the exploration sector has been a virtual ghost town for the last four years and many in the investment community who returned to the resources are facing a foreign landscape in terms of players and a changing slate of high-demand metals and minerals. What is mining’s elite up to?

During an engaging Keynote Presentation at the three-day event, investors found out just exactly where the “smart money” was prospecting. Bob Quartermain, Chairman and CEO of Pretium Resources, sat with two other precious metals icons, Ross Beaty, Chairman of Pan American Silver, and Dr. Tom Kaplan, Chairman and CEO of the Electrum Group, to talk about where they were playing and what they thought might lead the next mining trends.

Ross Beaty was bullish on both copper and silver but said China would play a key role in their success as it’s giant economy had maintained a tremendous appetite for metals for at least the last ten years. He wasn’t looking at copper in the near-term as many projects are now coming online, but mid-term, with the advancement of the alternative energy era, Beaty saw tremendous potential for copper as well as silver.

Beaty was also positive about the sector in general, “We had a really good run that was followed by a classic bear market pull back in 2011, and here we are getting ready for another run and there’s a million reasons for it. If you have to get your investment off the table, don’t sell everything and don’t go out and buy zinc or lithium. Precious metals, like gold and silver are good, and they’re going to stay good for a long, long time.”

Further into the presentation, Dr. Kaplan revealed his investment style in stating that he tends to be deliberately early to establish the positions he wants so when things heat up, he’s not competing, “I’m not a deal junky.” True to his creedo, Kaplan’s October 2015 investment in Kaminak Gold and its high-grade Coffee gold project located in Alaska, gave Electrum a 10.3% in the junior. Proving great minds thing alike, Ross Beaty and Lukas Lundin’s Zebra Holdings also had significant stakes in Kaminak, giving this trio approximately 30% in the company.

Ross and Lukas came in at $0.80 in April 2014 and then the previously mentioned investment was a $0.82 per share. Electrum then exercised warrants at $1.05 just 10 days before May 12, 2016 when Goldcorp announced it would acquire Kaminak for $520.0 million. The transaction valued each Kaminak share at $2.62. Forgive the phrase, but once again, Ross Beaty, Lukas Lundin and Dr. Tom Kaplan, struck gold with their investment dollar.

Naturally, investors are keen to find out just where the Beaty’s and Kaplan’s of the world are loading up to position themselves for the coming run, need go no further than Southern Silver. Back in May 2015, Southern Silver (TSX.V: SSV) announced an earn-in agreement with the Electrum Group at the company’s Cerro Las Minitas Property, a district-sized exploration project located in Durango, Mexico. Cerro is 100% owned and smack in the middle between the Avino Silver & Gold mine and Hecla’s San Sebastian. The Faja de Plata mineral belt is one of the most significant silver producing regions in the world, with current reserves/resources and historic production in excess of 3 billion ounces of silver.

By November 2015, Electrum had completed an additional US$2.0 million tranche for an indirect 30% interest in the advanced-stage Ag-Pb-Zn project. Electrum was so pleased with the results of the 2015 exploration program, it even pledged to dig in further.

Fueled by Electrum’s support, Southern Silver pushed forward and released a technical report for Cerro Las Minitas in May of this year which recorded an indicated resource at 36.53 million AgEq ounces and an inferred resource of 77.25 million AgEq ounces. The company is now carrying out the second phase of its the 2016 drill program. Lawrence Page, President discusses this at Colorado’s just-concluded Precious Metals Summit.

Southern Silver has 82.1 million issued and outstanding shares with approximately 35 million of those in free float and a $40.0-million-dollar market cap. It’s management team has a laundry list of successful track records including the development of such projects as Mexico’s largest gold producer, the Penasquito gold project, the El Limon mine, and Snip, Eskay Creek and Mascot in BC, Canada. 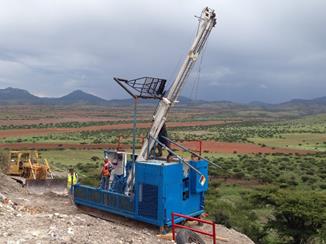 The company also has another project, the Oro located in New Mexico. This project hosts a large Laramide Cu-Au-Mo Porphyry system with adjacent near-surface, drill-ready gold targets. A 1,200 metre RC drill program is underway at the project.

Dr. Kaplan is the first to point out that when you think of a mining magnate he’s not the most likely candidate as a historian. Yet when silver had fallen 95% he recognized an imbalance and shifted his focus to the contrarian metal. He has a keen sense when the prevailing thesis does not correlate with the facts. This keen insight told him to start Leor Energy in the early 2000s contrary to the investment community.  It wasn’t long before he sold Leor for a $2.5 billion windfall. Electrum exited energy when oil was $140 a barrel and gold was at $650 an ounce.  He has entrusted Larry Buchanan to be the Chief Geologist and President of Electrum Resources.

Considering Dr. Kaplan’s investment tactics of getting in before anybody else and his success rate of doing just that, investors looking for the same ground-floor opportunities, may want to keep Southern Silver in their sights. However, in the end, always complete due diligence before making any investment decision.