Gold And Silver Step Over A Cliff

It was a long way down. Gold fell $43 per ounce in morning trade in New York, or more than 3.25%. Silver followed suit and then some. It fell more than 5.00%. The question now becomes whether physical buyers will take advantage of the plunge and step in to buy at these low levels. 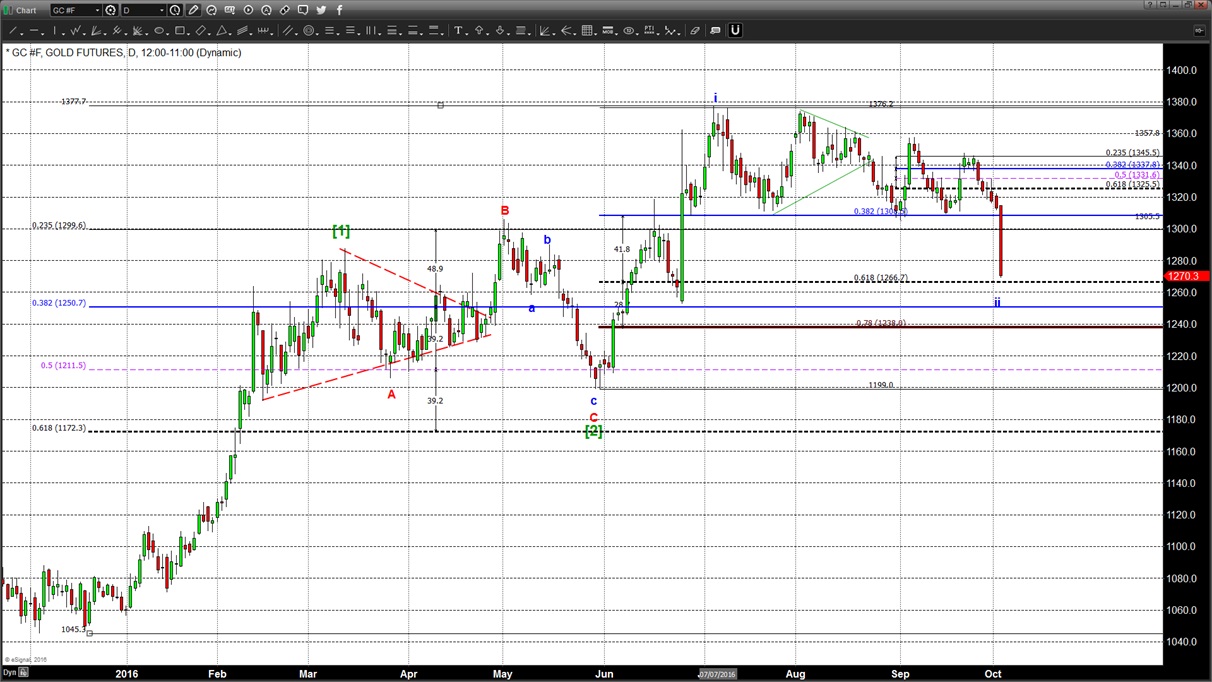 Dollar strength played a part in the declines, but it was regular trading that threw the precious metals over the edge. It’s partially explained by better-than-expected manufacturing data (although not all that impressive), which in turn is leading analysts to think an interest-rate hike in December is a foregone conclusion. But some are insisting that November is a “live” meeting, meaning rates could be raised. Why? We don’t know.

In fact, the economy remains sluggish, if not slowing and running dangerously close to a mini-recession. We are not alone in this assessment.

William Dudley, president of the New York Fed, inarguably the most important Fed regional bank, thinks it is too early to move on rates even if it handcuffs the Fed should a small recession strike.

He said as much and quite a bit more yesterday during remarks delivered at the 40th Annual Central Banking Seminar, Federal Reserve Bank of New York, New York City. (https://www.newyorkfed.org/newsevents/speeches/2016/dud161003)

His most telling passage was this: “Academic research indicates that recoveries following financial crises have tended to be shallow and protracted. One plausible reason for this pattern is that a financial crisis typically results in headwinds that take time to dissipate—for example, the deleveraging of business and household balance sheets or the tightening of credit standards. Even so, as the expansion failed to gather momentum and persistently underperformed most forecasts, alternative explanations for the sluggish economic growth?such as secular stagnation?began to receive increased attention.”

“Secular stagnation…” It is no accident he mentions this. It is a warning to interest rate hawks that we are not simply coming to the end of a financial crisis but headed toward the wilderness of secular stagnation.

But, many investors and traders believe there is no approaching calamity. So, we see lots of trading action (gold and equities, bonds and currencies) reflecting this.

Equities are off modestly to significantly again today as the big boys and girls in New York search for meaning in the data, the rise in oil, and the general tenor of October’s trading, which they are leery of because of historical precedents that say the month is dangerous. Equities are also being dragged down because utilities, whose profits depend on low – or at least stable – energy prices, are hurting.

Indeed, oil hit a four-month high before retreating on profit taking and a rally running out of steam. The 10-year U.S. bond yield was up, starting to spy the 1.70% level once more. (That, again, on interest-rate anticipation.) The dollar strengthened against the euro, yen and British pound. The pound is at a thirty-one-year low. Happy Brexit.

Jan 24 Gold climbs as concerns over coronavirus grow
Jan 23 We could see gold move higher, but the correction is still active
Jan 22 Gold's gleam diminishes behind palladium's brightness
Jan 21 Is there significance in consecutive weekly doji candles?
Jan 18 There is No Such Thing as a Free Lunch for Central Banks