A softer greenback was no match for regular trading in dollar-denominated commodities. Gold and silver both fell, although they are off their early lows. Oil is also down, although the fundamental thrust behind oil is complicated right now, which we touch on below. Gold was off about $7.00 and silver about 14 cents or 0.80%.

The buck drooped against a basket of other major currencies today after touching a nearly nine-month high Tuesday. The greenback has grown vulnerable to weakness on the uncertainty that revolves around Federal Reserve monetary policy, and because of the U.S. election. 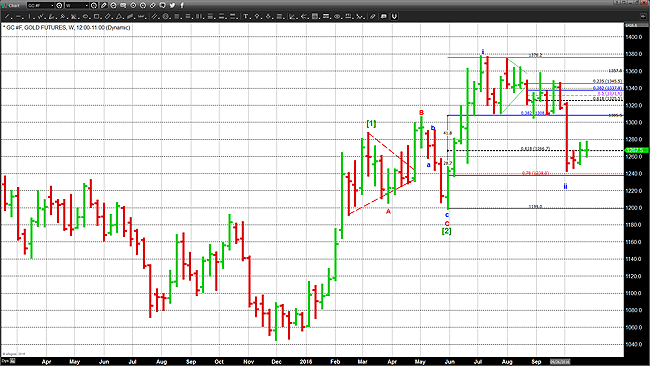 Analysts noted that expectations that the Fed would raise interest rates this December were fully baked in to the dollar's recent rally. That puts the currency at risk of losses if any conflicting signals from Fed officials pop up between now and the December meeting. So, if Dudley hiccups or Yellen sighs, watch the dollar respond.

Analysts are also concerned with not just who will occupy the White House come January, but what the make-up of the Congress will be. Markets like a little room for split governance, but not too much. The natural tendency of markets is to want to see a balance that “stays the course.”

We should bear in mind that the dollar was up against the yen but down marginally against the Swiss franc. Both are haven currencies.

We had neither a risk-on nor risk-off day. It seems as if all the markets were working independently of one another.

We said oil is complicated. The OPEC move to freeze or reduce production levels seems to be falling apart at the hands of Iraq and Russia. On the other hand, there was a drawdown of stocks according to U.S. government figures. But, the private AEI survey said stockpiles had expanded by 4.8 million barrels.

West Texas Intermediate is trading just above $49 per barrel.

U.S. equities are struggling against spotty earnings reports, a strong dollar, (which will depress exports), and election uncertainty. The interest-rate oscillation is also of concern.

Indeed, the VIX volatility index has moved up to the 14.50 range.

The CME FedWatch tool shows that those who bet on such things see a lower probability than they did yesterday for a rate hike in December. However, the change is not dramatic and there is no established trend opposing the rate hike just yet.