A Year End Rally for Gold

Gold finished solidly higher today, gaining  $18 on the day, with Comex Futures closing at $1159 (as of 4:30 PM EST). According to Kitco News, this year-end rally is a combination of short covering and bargain hunting. The weak US dollar is also contributing to the gains. Today’s strong upside move, along with recent price action, has given us an indication that gold prices might have finally found support.

Considering that bearish sentiment over the last five years has taken gold prices from $1900 to $1050, to say that gold prices were becoming oversold would be an understatement. However, without technical confirmation that a key reversal has occurred, trying to pick a bottom is synonymous with trying to catch a falling knife. Which beckons the following question:

How Do You Grab a Falling Knife? 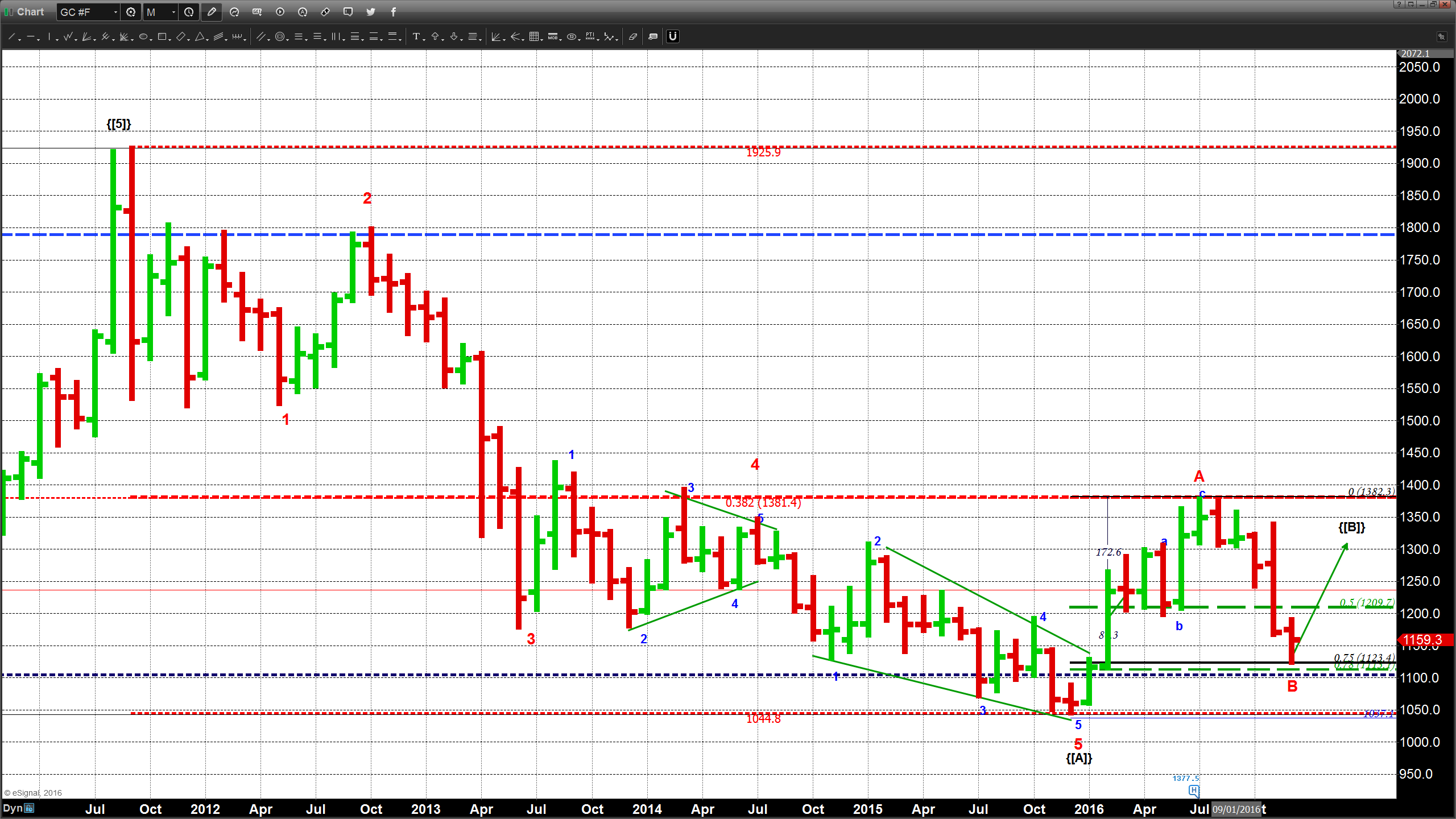 The Signs Up Ahead

During the last few weeks, we have seen the first signs on a technical basis that gold pricing has reached a potential bottom, found support, and more importantly, is signaling an end to the long correction.

Last Friday on our Weekend Review, we looked at price activity during 2016. Our overall conclusion was that this year was pivotal for gold, with a key distinction separating it from the last five years. More importantly, this year’s price action contained a key pivot, or key reversal, from extremely bearish sentiment to bullish sentiment.

For the first time since gold traded to $1900 in 2011, we saw technical evidence indicating that there was the real possibility that the long-sustained correction had run its course. We based our conclusion on the following fact: 2016 was the first year in which gold traded to a higher high, and a higher low, than the previous year. On a technical basis, that is the necessary criteria to indicate bullish momentum.  However, this optimism was muted when there was no clear follow-through, and gold prices began to trade lower from July until now.

Over the last two weeks, we have been talking about the distinct possibility that gold prices not only have become extremely oversold, but also are actually showing signs of a potential bottom forming, with support at the recent lows. Exactly 2 weeks ago, on December 15, gold prices fell to an intraday low of approximately $1123. That price point, $1123, corresponds precisely to a 75% retracement of the rally that started at the beginning of this year at $1050, and concluded in July at $1380.

Recent price action has moved gold off of those lows, indicating at least on a short-term basis, that gold prices have found a level of support. Whether or not this bounce is an indication of higher pricing ahead and a conclusion to the protracted correction will be the primary topic of tomorrow’s Weekend Review, which will contain our gold forecast for 2017.

This video will be available for viewing on Friday, after 7 o’clock Eastern Standard Time.

May 23 Extreme dollar weakness today overcomes selling pressure in gold
May 20 Gold posts solid gains for the week as market participants focus on the economy
May 13 Gold lost 3.82% this week, resulting in a fourth consecutive weekly decline
May 13 Selling pressure and dollar strength take gold dramatically lower
May 11 Inflation remains hot with little chance of abating in the upcoming months