(Kitco News) - Jan. 27 – No matter your trading timeframe it is helpful to keep an eye on big picture cycles in economies and financial markets. Currently, the U.S. economy is at the crux of a number of important cycles.

The Domino Pieces Are Beginning To Fall

The new Trump Administration is focused on new job creation at a time when the economy is near full employment. That will push wages up – which will be good news to the average individual. But, it will also allow businesses to raise prices on goods and services ahead and is inflationary.

Here is a little picture of a circle of factors that could unfold ahead. It is not a complete picture by any means and simply touches on a few of the interconnected economic forces at work. 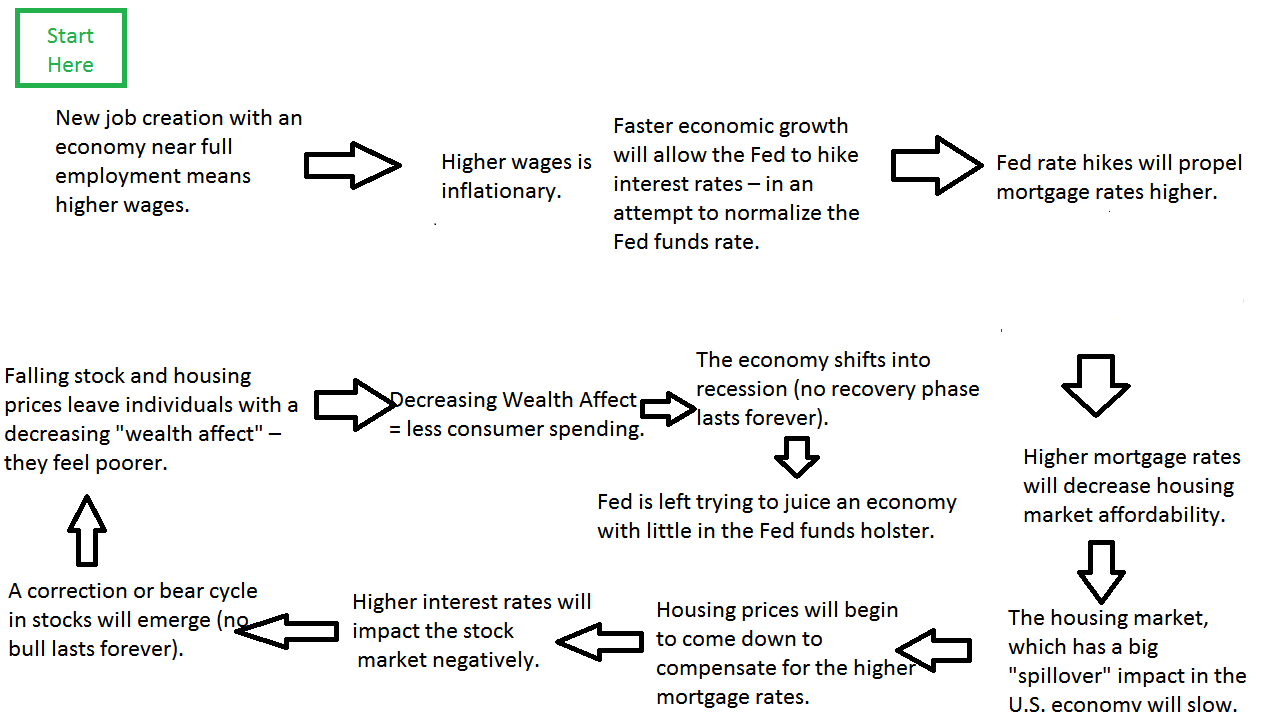 Looking ahead in the crystal ball – the first half of 2017 will likely run on exuberance about the potential for Trump Administration inspired growth. There's a lot of "hope" built into the stock market outlook currently.

By the second half of the year, some of the realities may begin to set in. Protectionist policies and tariffs ultimately slow economic growth and contribute to higher prices for U.S. consumers at home. Internal tensions within the Republican Party could emerge as many of the tax cuts and spending proposals will increase the U.S. deficit even further. There is a wing in the Republican Party that has fought hard against deficit spending.

Weather Forecast: The crystal ball shows a sunny forecast with the potential for a few Tweet-inspired storms in the first half of the year. The second half of the year shows steady black clouds building on the horizon.

The big picture forecast leaves the risk in place that the U.S. economy turns down in a recession before the Federal Reserve has a chance to normalize and hike rates toward the 3.5-4.0% level. That leaves a number of extraordinary and unconventional measures on the table in the months and years ahead.

Gold is relatively cheap now, compared to its 2016 highs and its all-time highs. It is inevitable that equities will see a cycle turn and it may well be the trend of higher interest rates that snaps the equity bulls back.

Is your portfolio positioned for hope or reality?