Make Kitco Your Homepage
Favorites:
EDIT
You are in Home•Commentaries•Analysis•Market Analysis - Kira Brecht

(Kitco News) - Feb 10 – Performance numbers don't lie. Through the first five weeks of 2017, returns in the metals arena are running laps around those in the stock and bond markets.

Copper Is Breaking Out 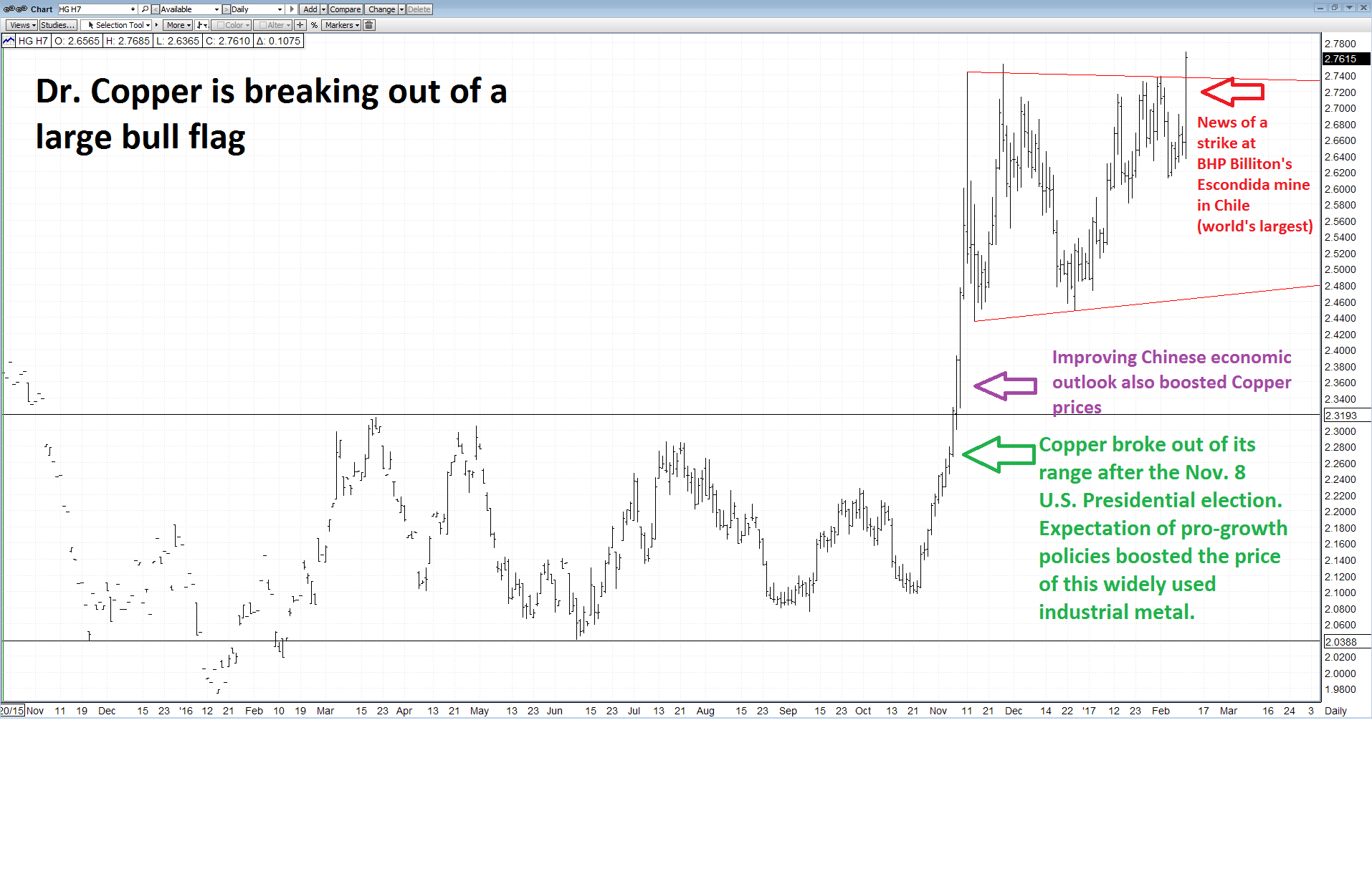 Why Should You Care About Copper?

Nicknamed "Dr. Copper" for its ability to presage economic turning points in the global economy, the widely used industrial metal has surged since the November 8 U.S. presidential election. Rising demand for copper, which is generally seen with a rising price trend for the metal signals improving global growth trends. Many analysts use demand for copper as a proxy for rising and declining economic activity.

How it's used:  Copper is a key component in manufacturing
and building applications across industries. It is highly malleable,
can conduct heat and electricity and is resistant to corrosion. It
is used in wiring and plumbing, heating and cooling systems and
in automobiles.

Copper Stocks Are On Fire

The Materials sector includes commodity oriented (non-energy) companies including the metals and mining sector plus some chemical producers and forestry and paper product companies. This sector is a known outperformer during the late stages of an economic cycle – which the U.S. is in now.

Notably, price performance in the Materials sector is highly correlated to rising inflation.

The Materials sector overall posted the second best overall returns in the first five weeks of the year with a 4.8% gain, second only to Information Technology, which is up 5.9%.

Putting It All Together: Gold and Silver
Gold already has a jump on the S&P 500 in the first five weeks of the year. Often times, gold and stocks do not rise in tandem.

Despite the rising equity environment, gold and silver are both climbing now – boosted by uncertainty over potential repercussions from some of President Trump's proposals including trade wars and tariffs. Political concerns about the strengthening populist movement in Europe -- notably with Marine Le Pen's visions for France, which include an exit from the European Union. Rising inflation worries are also driving fresh demand into gold and silver.

Bottom line: It looks like the 2017 rally in the metals arena is only getting started now. What's in your portfolio now?