Successfully breaking above resistance at 1242 yesterday, traders harnessed that momentum for a second day, moving gold prices to a level not seen since November 11 of last year. The last time gold traded at 1240 was immediately following the presidential election. The strong correction began on November 8, and would result in a $200 decline in gold prices.

Yesterday, trading activity resulted in a successful breach of resistance at $1242, feeding upon the upside momentum. Since the rally began in December of last year, bullish sentiment had lost momentum with traders unable to move the price needle past this level of resistance. During the first week of February, bearish sentiment prevailed, resulting in a mild correction and taking gold prices down to $1216 per ounce. But, over the last week and a half, bullish momentum has reentered the market and reignited this major rally of 2017. The net result has been a 9% increase in value this year. 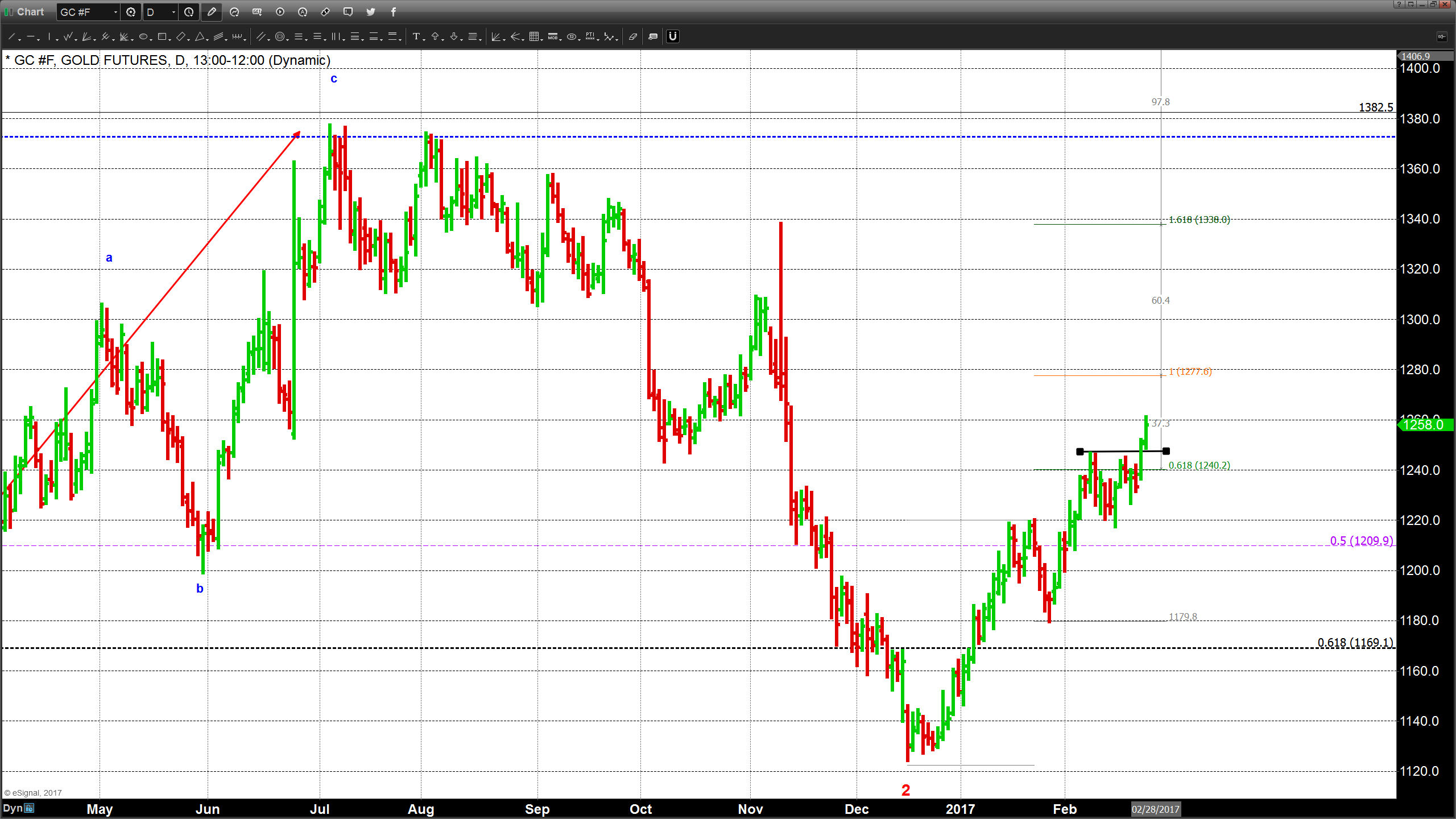 The bearish sentiment for safe haven assets developed as a knee-jerk reaction immediately following last year’s election results. This market sentiment was the exact opposite of what analysts and commentators predicted. The same was true for the overwhelming bearish sentiment that was predicted to emerge in US equities as a result of President Donald Trump’s victory. The actual result was the polar opposite of expectations, with gold selling off strongly and US equities moving to new historical record high closes, multiple times.

Whereas US equities continued to trade to new historical benchmarks, gold prices reversed, ending a strong correction in December of last year. From that point forward, gold and equities began to move in unison, with both asset classes transitioning to higher ground. The result was risk-on and risk-off asset classes moving together in the same direction.

The fact that both safe haven and risk-on asset classes are moving in tandem is significant as it conveys current market sentiment that is extremely bullish on the economic growth potential while extremely concerned about actions that might be taken by the current administration.

For those who would like a deeper analysis, I invite you to watch the Weekend Review, our video newsletter. This video will be available for viewing by 7 o’clock EST today. Simply use the link at the bottom of this report to view this week’s report, or to sign up for a free trial.