(Kitco News) - March 17 – You may have heard the phrase "Follow the Money." If you want to know the direction of the new U.S. Administration, simply look at the spending priorities.

President Trump followed through on campaign promises to boost military spending as his budget proposal unveiled this week allocates an extra $54 billion in extra defense spending, along with $4 billion to fund the border wall with Mexico.

The sharp increase in military spending accompanies proposals to dramatically cut federal spending across 19 agencies and commissions. This is politics folks and the budget outline is a first pass.  This particular proposal will not necessarily become reality in its current form. But, the budget clearly outlines winners, losers and the direction favored by the new Administration.

What America Is Buying Now

New military funding means new missile systems, new tanks, submarines, ships and aircrafts. Savvy stock investors jumped on the bandwagon right after Election Day. The aerospace and defense sub-sector is outperforming the broader equity market - up 8.2% through March 10, nearly double that of the Industrial sector that it resides in, up only 4.8%.

If Peace Breaks Out…

If peace were to break out that would be better for human kind. Recent rhetoric from the Administration has revealed a more aggressive approach to burgeoning conflicts around the globe.

The Stick or the Carrot?

The new budget focus reveals a definite preference for a Big Stick policy, as opposed to the more soft diplomatic approach of using a carrot. The State Department is facing a proposed 28 percent budget cut in the latest proposal. There will be a lot less diplomats around to negotiate behind-the-scenes diplomatic solutions going forward.

10 Hot Spots around the Globe

Looking back at another era, Mutually Assured Mass Destruction was an academic theory put into place during President John F. Kennedy era. The idea was to spend trillions of dollars, build and create a massive nuclear arsenal - with the goal of never having to use it.

As the theory goes, in the event of a Soviet first strike, the U.S. would have enough nuclear firepower to survive the first wave and then strike back with massive retaliation that would assure mutual destruction.  No winners, everybody loses. The idea was that the threat of MAD would be enough to prevent either side from ever pulling the trigger.

This policy hit full speed during the Cold War in the 1970's between the United States and the Soviet Union. Trillions of dollars were spent to prevent a total annihilation of the human race.

That's one way to go about it.

Today, although the Cold War has ended and the MAD theory is in the history books. Nine countries around the world possess around 15,000 nuclear weapons. The United States and Russia today maintain about 1,800 of these nuclear weapons on high-status alert, and are available to be launched within minutes. 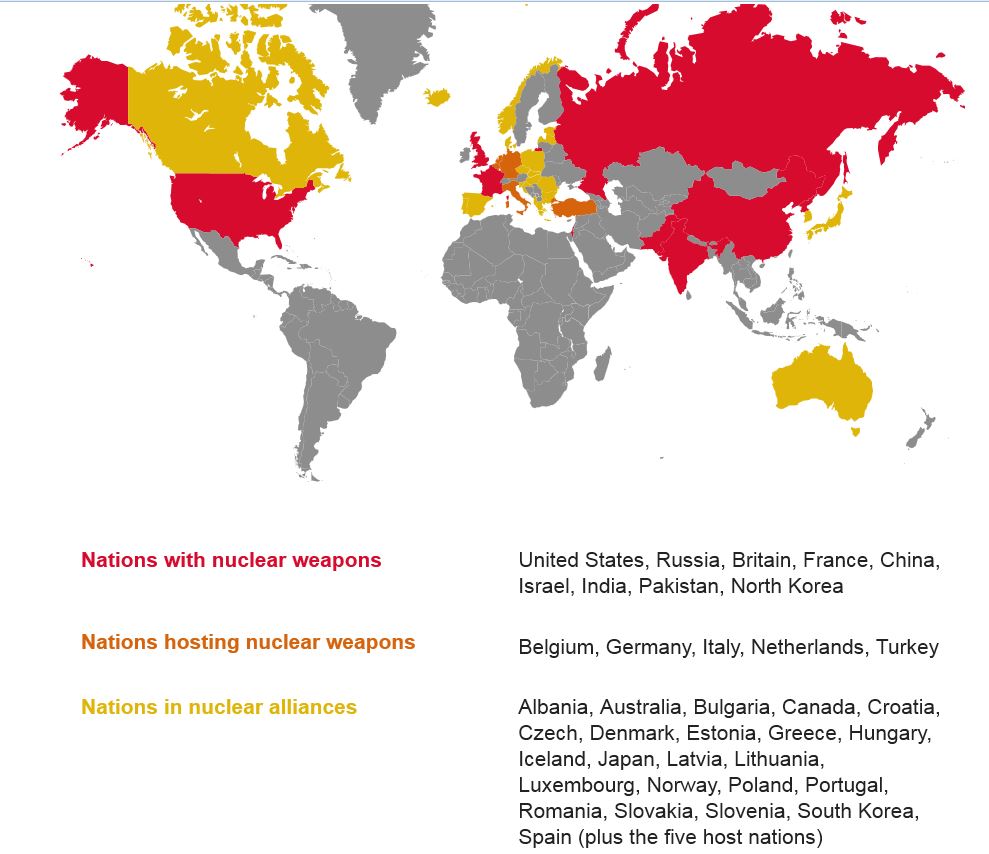 Whether or not you believe the world becomes a safer place with more tanks, missiles, submarines, ships and aircrafts is a personal view.

If you follow the money, the focus on increased military spending opens the door to intense bouts of bluster, threats and waving around the Big Stick.

In this version of the world, gold, the ultimate safe-haven, sees a multitude of hot spot trigger points ready to support an explosive move higher if any of the abovementioned geopolitical risks break out. The powder is dry, but could catch fire quickly.