Defense is the Best Offence, At Least for Gold Pricing

Following gold prices hitting a low of $1215 per ounce during the week of May 8th, market participants have witnessed gold prices moving steadily higher, week in and week out. Although gold prices stagnated at the beginning of this week, today’s dramatic $12 upside move resulted in another week of higher gold prices for the third consecutive week.

On a technical basis, the writing has been on the walls predicting higher pricing if you know how to read to signs. Considering gold prices were trading just above $1040 per ounce at the beginning of 2016, we have seen gold values increase by about 17%, a very respectable gain. More importantly, we have seen a pattern of gold prices trading to higher highs and higher lows throughout the last two years, at least up until now.

This year began with gold trading just above $1120 per ounce, and moving to the highest value this year at $1297 in April. So, the lows achieved this year are above the lows of 2016. At the same time, last year’s highs of 1380 have yet to be taken out. However, that might change in the near future.

Recently, longer term technical indicators have pointed to the high probability of a major price advance. Of these technical indicators, it is the golden cross that was identified at the end of last week’s trading and confirmed on Monday of this week that has attracted the greatest attention for market technicians. 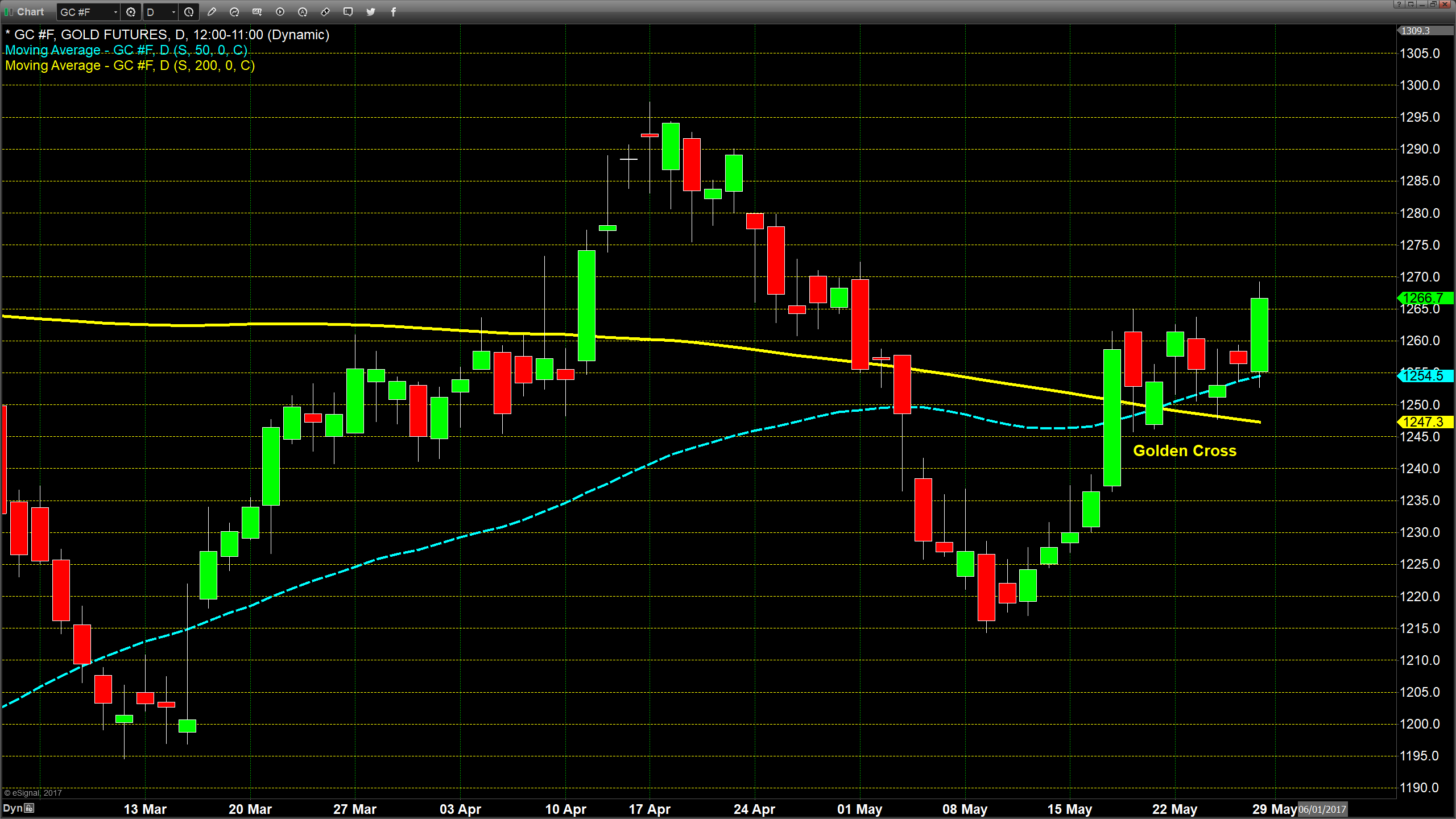 Another bullish indicator we discussed last week was a pattern derived from Japanese Candlesticks called a Three River Morning Star, which was identified on a weekly candlestick chart. The pivot candle for this pattern was the “star” created from the lows achieved during the week of May 8th. The strong recovery and upside move that immediately followed this low the following week completed the pattern. 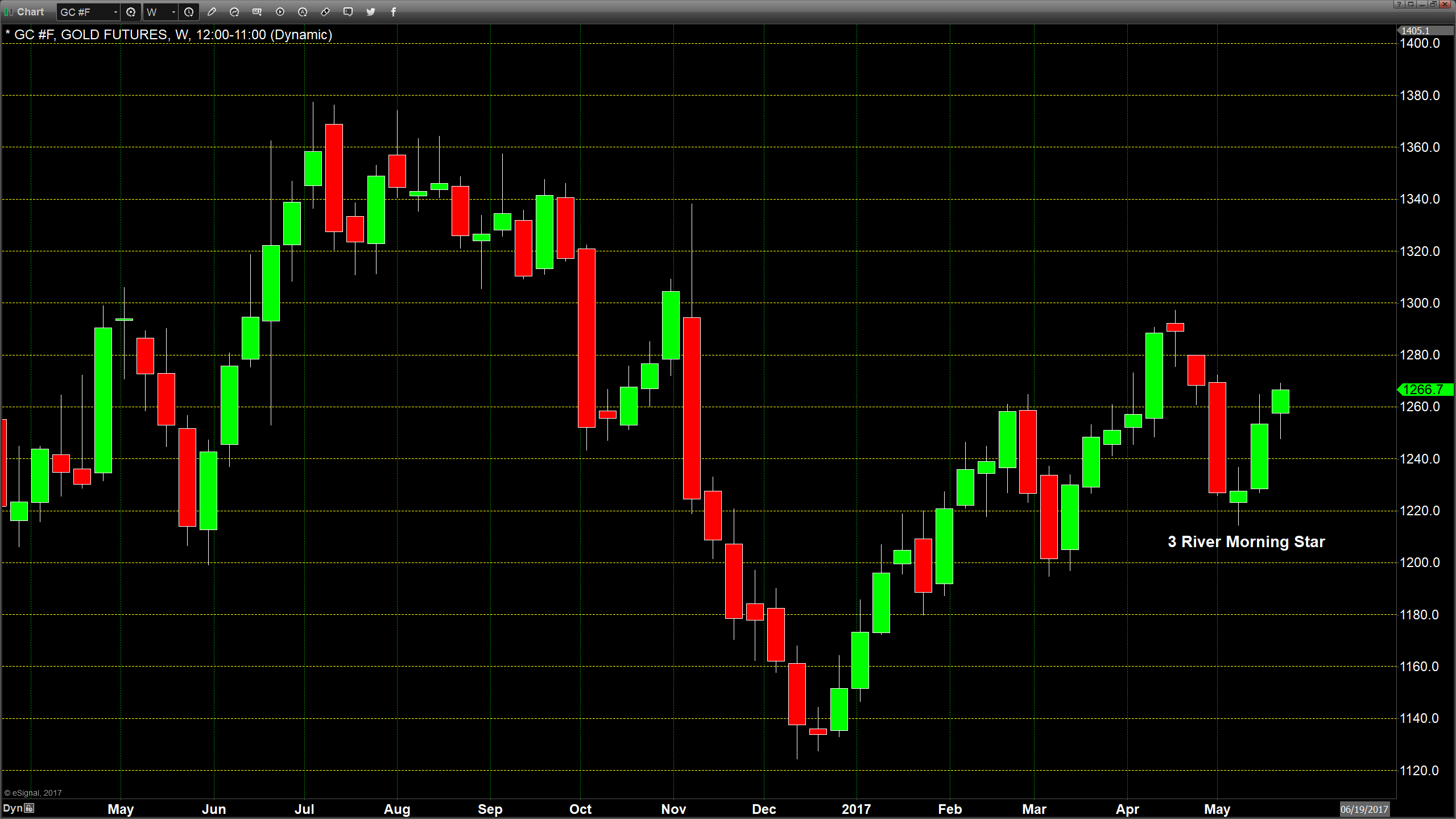 Fundamental factors and events are the underlying reasons that we see the price change in any stock or commodity. However, technical indicators allow one to distil these events in a quantifiable manner.

Recent events that fueled the most recent price advances in gold are based upon an increased level of global uncertainty. In an interview with MarketWatch, Colin Cieszynski, Chief market strategist at CMC Markets, said, “At the moment it’s increasing political uncertainty that is driving the gains rather than [Federal Reserve] speculation… Between [Thursday’s] contentious NATO summit and the potential for fireworks at this weekend’s G-7 Summit, plus a tightening U.K. election race, capital has been moving back in to defensive havens like gold.”

It seems, at least for now, that as far as gold traders are concerned, defense is the best offense.

For those who would like a deeper analysis, I invite you to watch the Weekend Review, our video newsletter. This video will be available for viewing by 7 PM EST today. Simply use this link to view, or to sign up for a free trial.