(Kitco News) - The minutes from the last Federal Reserve policy meeting held on May 2-3rd were released this week on Wednesday, May 24th. The GDX Major Gold Miners Index Fund had been selling off into this release since last Wednesday, towards support at $22. 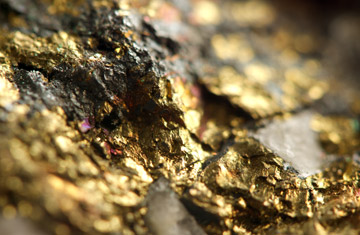 Though most policymakers agreed another rate hike was coming soon, they also advised holding off on raising interest rates further until it was clear a recent U.S. economic slowdown was only temporary. The minutes also revealed members are looking to reduce its $4.5 trillion stockpile of government and mortgage-backed bonds later this year, which is also tied to interest rates increasing further. The Fed made it very clear it will maintain a gradual approach to shrinking its massive bond portfolio, thereby reversing the Quantitative Easing.

Even though the minutes were somewhat hawkish, the release brought in some bids into the GDX, which began to bounce near the $22 level just after the release at 2pm EST. The major miner ETF closed on its high tic of the day, while the market was pricing in an 80% rate hike on June 14th, the next Fed policy meeting.

Moreover, Wednesday saw the largest single day of outflows (-$661.5m) in the history of the GDX, which has also seen heavy outflows throughout the month of May. This heavy selling has caused the largest gold miner exchange-traded fund to liquidate 15.5% of its positions since May 1st. Collectively, the main gold mining ETF’s have lost $5 billion in assets in less than 30 days, averaging a loss of nearly 1% of their assets every day. However, despite these massive outflows, the GDX is up 4.7% since May 1, while gold has been flat over the same time frame.

Heading into the second week of May, the GDX had been fading the gold price since early February, pricing in sub-$1200 gold in the process. Many sector pundits have interpreted the earlier miner weakness to be very bearish going into the “summer doldrums” as historically, the summer months have been known when it comes to gold, silver and the markets in general.

This miner reaction to the Fed minutes on Wednesday, May 24th, along with the large sector ETF redemptions, leads me to believe the gold miners have priced in most of the probable June rate hike by the Federal Reserve, along with the US Dollar. The yellow metal has been stubbornly staying above the $1250 level, while the US Dollar is in danger of breaking strong support at the 96 area on the Cash Settle Index. There could also be continued dollar weakness in the short term from more Trump-related drama emanating from Washington, which would contribute to gold continuing to consolidate recent gains above $1250.

The levels to watch on the monthly close next week in gold will be $1245, with the $20-21 area in the GDX being very strong support for the miners. Monthly closes below these levels will imply more weakness heading into the Federal Reserve policy meeting speech at 2pm EST on June 14th, followed by a press conference shortly thereafter.

Two other possible gold sector catalysts taking place before the Fed meeting will be the US Non-Farms Payroll (NFP) report for May, which will be released on June 2nd, and the UK General Election on June 8th.

I will be giving a presentation at the Metal Writers Conference in Vancouver on May 28th. The title of the presentation is “Junior Miner Investment Strategies and Opportunities.” It will be held in Workshop 3 at 11am, so please stop by if you are planning to attend.

Could this altcoin end the Crypto Winter? Why the bottom in crypto is near – Altcoin Daily

Where are the stops? Wednesday, June 29, gold and silver