With the U.S. Labor Department releasing job report numbers in under 18 hours, traders and investors could see some fireworks in the market tomorrow. Today, the U.S. ADP jobs report released its numbers, which came in way above the initial estimates. Estimates expected about 180,000 jobs to be added in the month of May. The actual numbers released today came in with 253,000 new jobs added.

This discrepancy between the actual numbers and the estimates places dynamic pressure on the precious metals complex, taking gold prices dramatically lower in morning trading. Gold futures traded to an intraday low of $1263.70, a $12 drawdown on the day, before staging a recovery.

As of 4 o’clock Eastern Standard Time, gold futures are trading at $1271, which is a loss of just over four dollars on the day. Cash gold traded in much the same way and is currently off by -$1.10, to trade at $1268.50. This occurs following trading to an intraday low of $1260.50. Based on these numbers, there is no doubt that gold prices have shown resilience considering this current report. 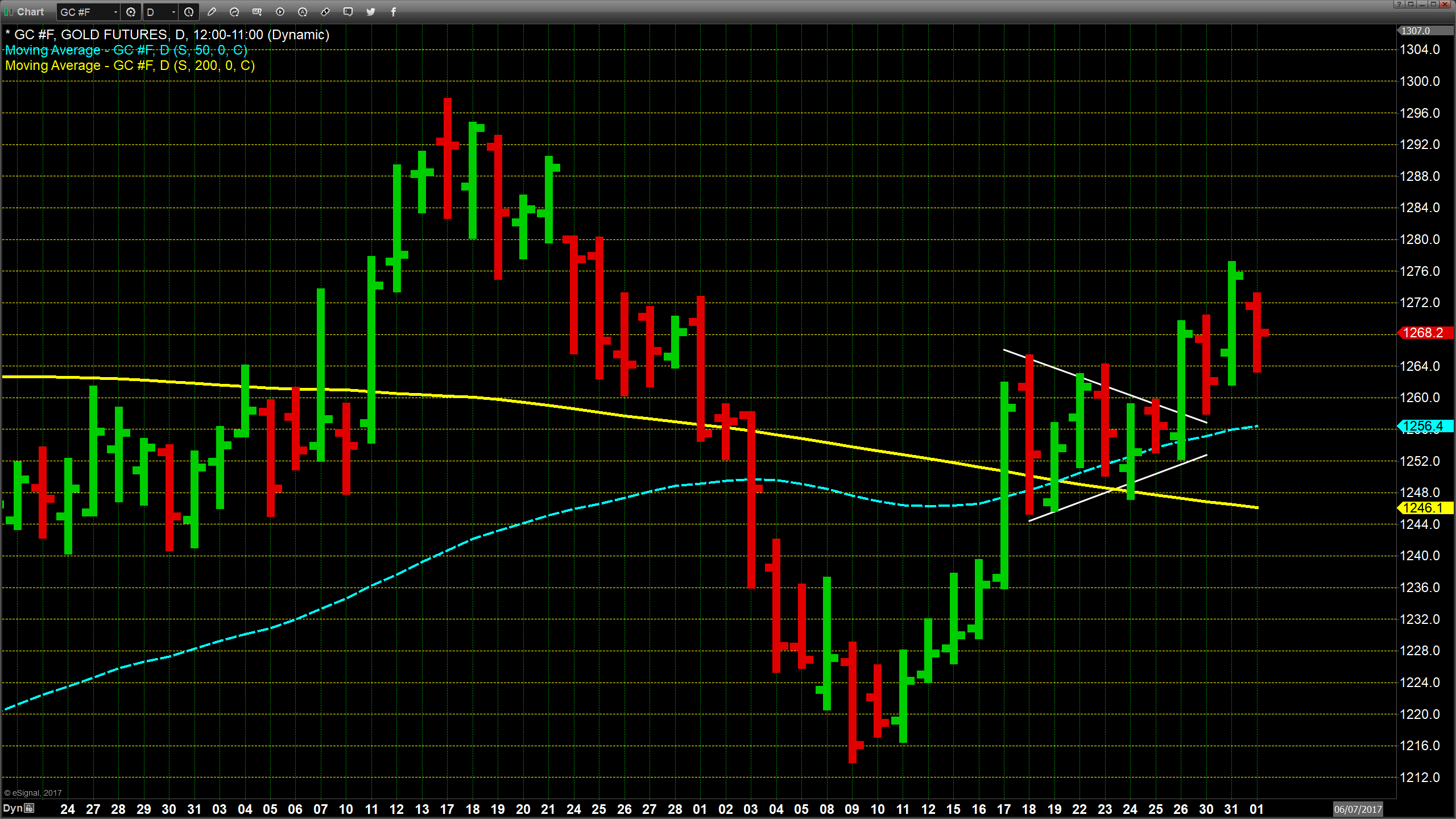 However, today’s differential between estimates and the actual numbers of the ADP report raises a bigger question in regards to tomorrow’s U.S. jobs report. Will the current estimates of 210,000 new jobs miss the mark as today’s ADP jobs report estimate did? If so, we could see a return of dollar strength, as witnessed today, and therefore further bearish pressure placed on the precious metals complex.

With the next FOMC meeting scheduled to begin midmonth, substantial numbers in regards to the jobs report would only strengthen the resolve of Fed members to implement an interest rate hike during this meeting.

Recent speeches by Federal Reserve members have highlighted the current hawkish posture of the Fed and the high probability of a rate hike this month. So, the real question then becomes to what extent a rate hike has already been factored into current pricing.

Tomorrow’s report will be the last report numbers that Fed members will use to ascertain whether a June interest rate hike is appropriate.

Because recent comments have alluded to the “appropriateness” of a rate hike in June, the Fed has been on record stating that their decisions are data dependent. Therefore, tomorrow’s data will certainly be factored into the next Fed decision.