“Fire, Fury and Power” was President Trumps rebuttal to recent threats by North Korea in which they threatened to launch a nuclear attack on the United States. It seems we have now entered a very dangerous war of words.

If you remove gold from the formula, the precious metals complex was able to overcome a strong U.S. dollar closing moderately higher on the day. Silver, platinum, and palladium all closed higher on the day, with palladium taking the lead as it gained roughly 1¼% on the day. The oddball in today’s precious metals mix is gold. Gold prices were unable to overcome the quarter percent increase in U.S. dollar strength. However, that all ended once Pres. Trump issued a response to North Korea’s words and threats

gold futures are currently trading up four dollars on the day. The four-dollar gain is a combination of a strong U.S. dollar accounting for some negative value, and normal trading moving the precious yellow metal higher. Palladium, closed significantly higher, even considering a strong U.S. dollar which accounted for $-2.20 of value. Add to that the $13.20 gained from normal trading, and palladium managed a respectable $11 gain on the day, closing at $887 per ounce. 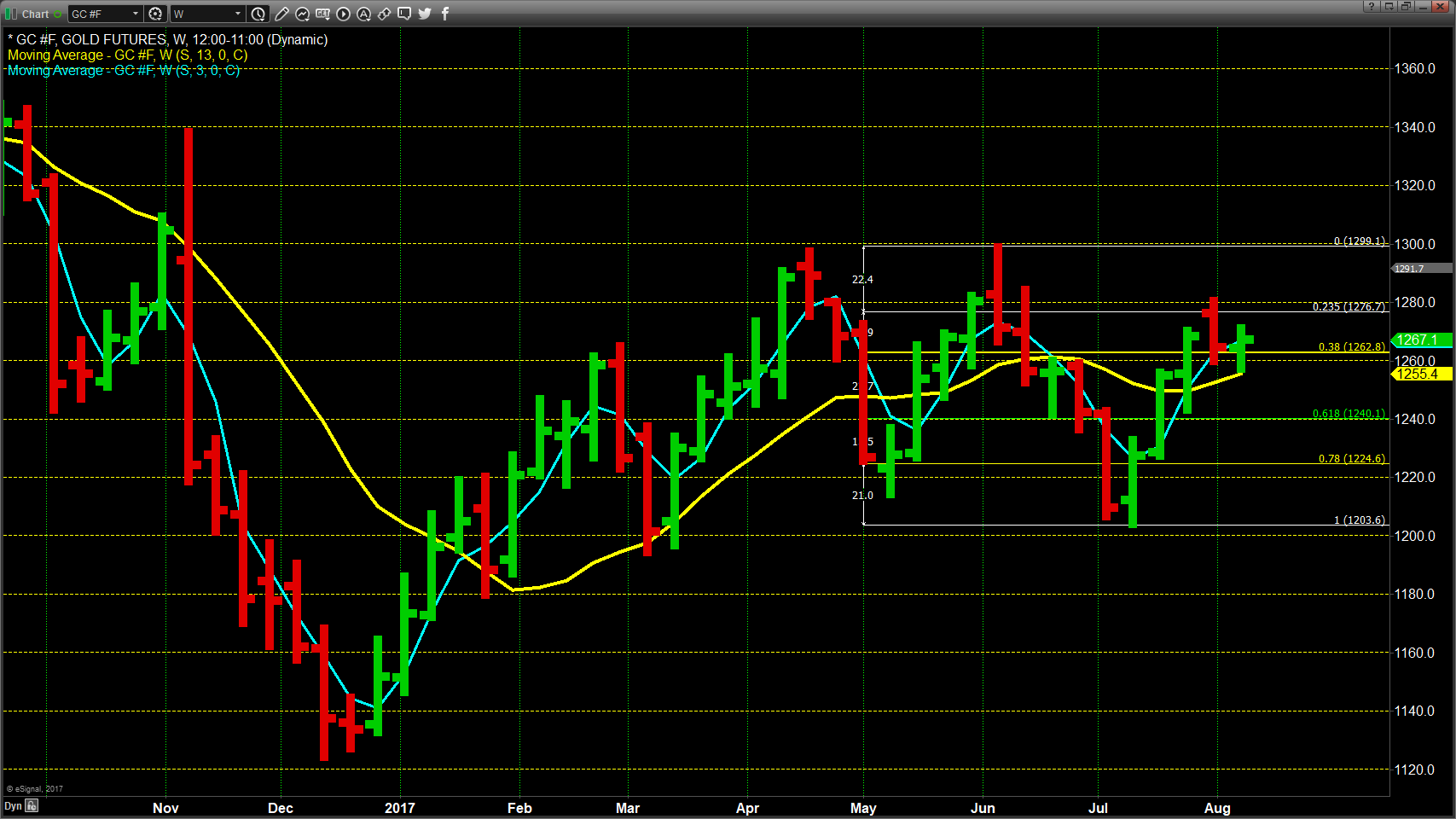 The truth is that although all four precious metals are utilized in industry, there is much higher utilization for platinum, palladium, and silver than there is gold. However, I do not believe that adequately explains why, of the four precious metals, only gold closed lower on the day.

It seems just as likely that gold prices are a barometer by which market participants express current market sentiment incorporating the probability of higher or lower interest rates as they assess the current monetary policy of the Federal Reserve.

Recent data which calculates monthly job openings exceeded analysts’ expectations. In June, there were 6.16 million job openings; analysts had forecast that there would only be 5.6 million. Mark DeCambre of MarketWatch said, “The report was seen by some commodity investors as keeping intact the Federal Reserve's plan to raise interest at least once more in 2017, a headwind for gold prices.”

Even in light of the fact that a strengthening dollar has put moderate pressure upon the precious metals complex, gold prices are being bid up as tensions rise between North Korea and the United States. In response to new UN sanctions, North Korea issued a statement yesterday in which they said that their country will launch a “thousands-fold” revenge against the United States.

A statement posted by the state run Korean Central news agency contains the latest threat from the rogue nation by declaring that, “We are ready to retaliate with far bigger actions to make the U.S. pay a price for its crime against our country and people.”

Considering that a recently released report confirms that North Korea has the capability and technology to reach the mainland with a nuclear missile, these threats cannot be taken lightly and are certainly a reason for serious concern.