Locked and Loaded, the War of Words Continues

Strong statements coming from both sides suggesting massive levels of destruction continue in the war of words, escalating the current tensions between the United States and North Korea. Whether penned by the President of the United States or the dictator (and his cronies) of North Korea, it seems each statement made by one leads to a harsher and more foreboding message from the other side.

Last week was no exception. In a Friday morning tweet, President Donald Trump said, “Military solutions are now fully in place, locked and loaded, should North Korea act unwisely.” As if there was any ambiguity to the president’s statement, he retweeted this statement and added that the presence of US Air Force B-1B bombers stationed on the Pacific island of Guam have flown joint missions with the Japanese and South Korean fighter jets recently. 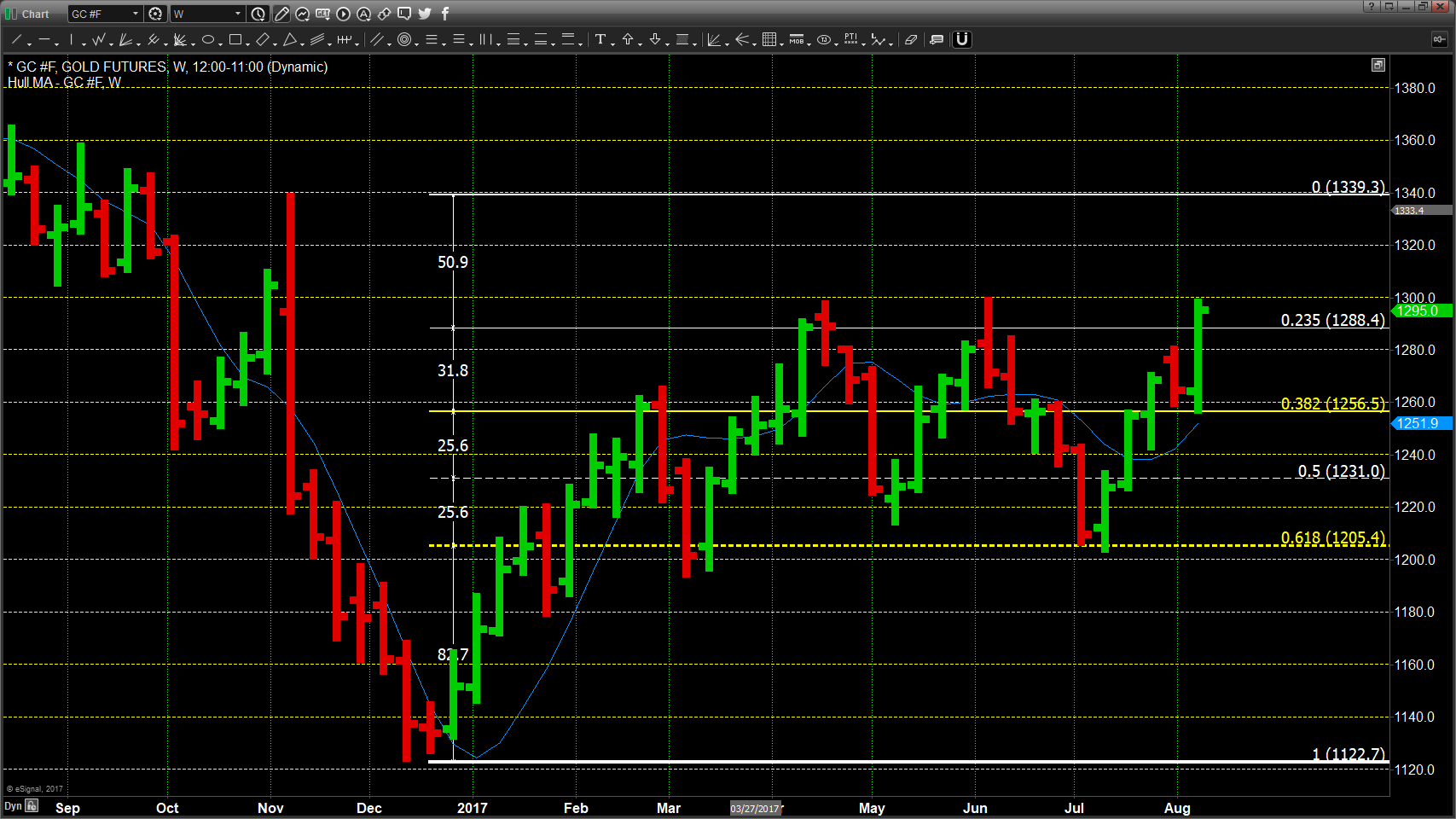 The Pot Calls the Kettle Black

As incendiary and foreboding as the President’s warnings are, North Korea responded by accusing the United States of initiating this entire crisis. North Korea’s state-run Korean Central News Agency accused Trump of “driving the situation on the Korean peninsula to the brink of a nuclear war.” Given that North Korea has continued missile testing program as well as underground nuclear tests, such a statement is certainly the pot calling the kettle black.

It is quite obvious that this recent geopolitical turmoil has led to real jitters in the financial markets. After last Thursdays triple digit decline in the Dow and the NASDAQ Composite Index, cooler heads prevailed on Friday, and closed with modest gains in US equities.

However, there has been a defined trend which began at the onset of this crisis and continues to this day. Investors and market participants have sought safe haven pockets and, as such, have bid up the price of gold and silver substantially. At the same time, it has put continued pressure on the US dollar.

Because it seems unlikely that there will be some sort of resolution and peaceful conclusion to the North Korean crisis soon, it seems highly likely that recent gains in gold and silver will continue this week.