Gold futures have moved up modestly today and are currently trading at $1277.90, a net gain of $3.30 based on the most active December 2017 contract. Today’s gain comes based on a combination of three-parts dollar weakness, and two-parts traders bidding up the precious yellow metal.

Spot gold has seen similar gains in trading today, currently fixed at $1274 an ounce with a net gain of $3.80. According to the Kitco Gold Index (KGX), $2.30 of today’s price gains can be directly attributable to a weak U.S. dollar, with the remaining gain of a $1.50 as a direct result of buyers in the market.

The most recent price decline in gold began on September 7th and occurred at precisely the same time as the U.S. dollar index reached an intraday low of 91. This low was to be the last leg down of the dollar’s decline which began at the end of 2016. 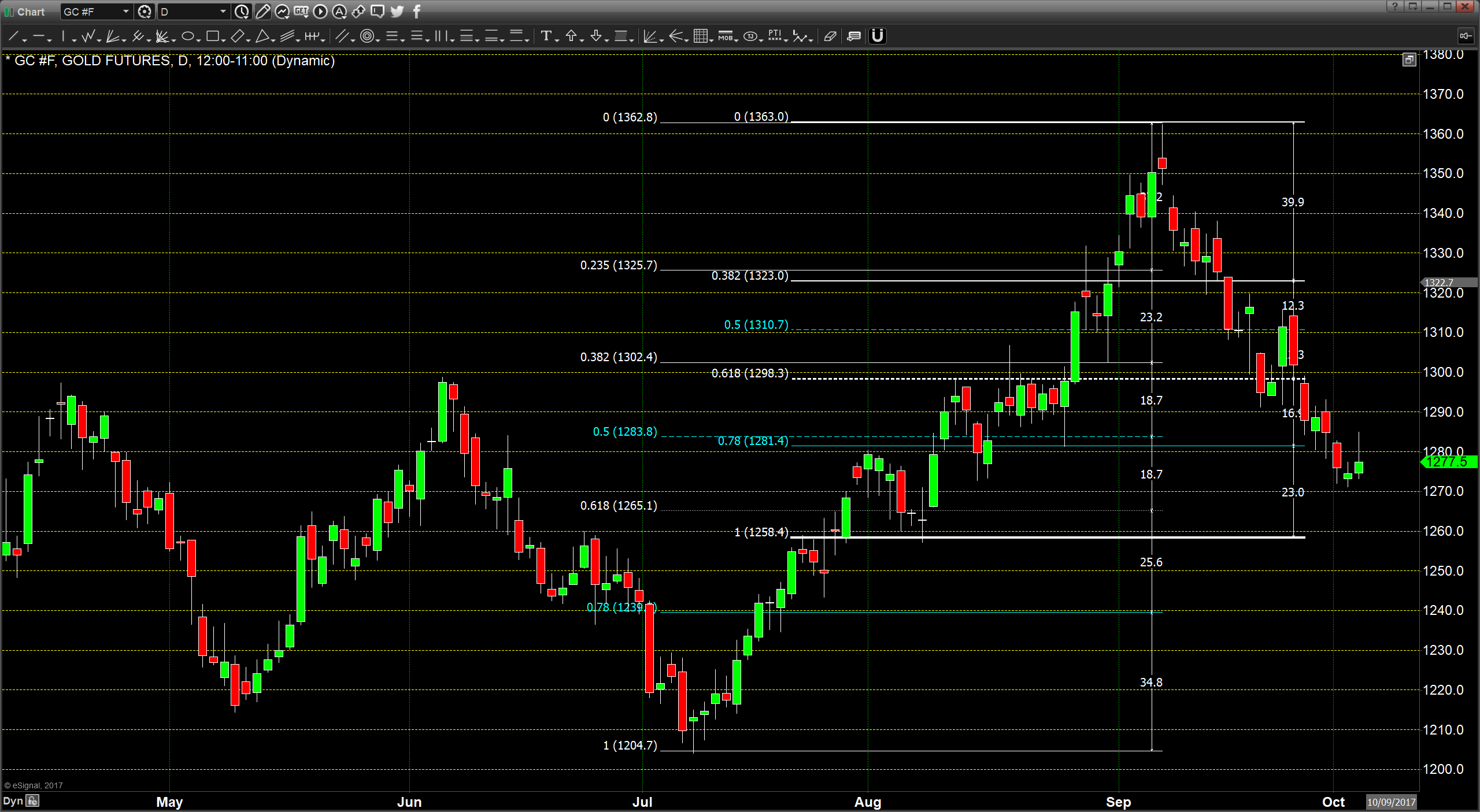 Up until then, the dollar had been in a freefall as traders sold the dollar from a high of 103, ultimately giving up just about 12% in value in under a year.

The dollar gained approximately 2 ½% of lost value back last month.  The index moved off the lows at 91 to reach an intraday high of 93.73 yesterday. Since then, the dollar index has come under modest pressure and is currently trading at 93.28.

Even though gold is showing the first signs of a potential recovery, market participants continue to focus on strong U.S. economic data, as well as the U.S. equities markets which are again at record highs. This could, in fact, put continued pressure on the precious yellow metal.

According to analysts at Bank of America Merrill Lynch, “The hawkish Fed in a noninflationary environment has increased headwinds to the yellow metal meaningfully. Hence, we believe the upside is limited near-term. Investors may also reduce their exposure on a potentially stronger U.S. dollar.”

Today ADP reported that Septembers job numbers came in better than expected, although they were below the median forecast, as firms added 135,000 jobs.

Traders will be strongly focused on the jobs report with last month’s numbers being reported on Friday. Currently, it is estimated that only 80,000 nonfarm payroll jobs were added last month. This low number is due to the major hurricanes that ravaged the U.S. mainland last month.