For the third consecutive week, gold has rallied. This culminates with today’s nine dollar move, effectively taking prices above $1300 on a closing basis. Beginning in mid-December when the former correction ran its course, gold has closed higher week in and week out. The net result of this rally, when added to gains realized in 2017, is a 13% increase in value.

While a 13% price gain is absolutely respectable, it is still dwarfed by 25% gains seen in U.S. equities, specifically the Dow Jones Industrial Average. At the same time, it is this strong risk-on environment that has been so prevalent throughout the year that makes the yearly gains in gold so impressive.

Clearly, investor dollars were primarily allocated to U.S. and global equities. In light of that fact, any real gains realized in gold’s value has to be a testament to the intrinsic value of the safe haven asset. The desire for investors to maintain some percentage of their overall portfolio in this asset class was evident in 2017. 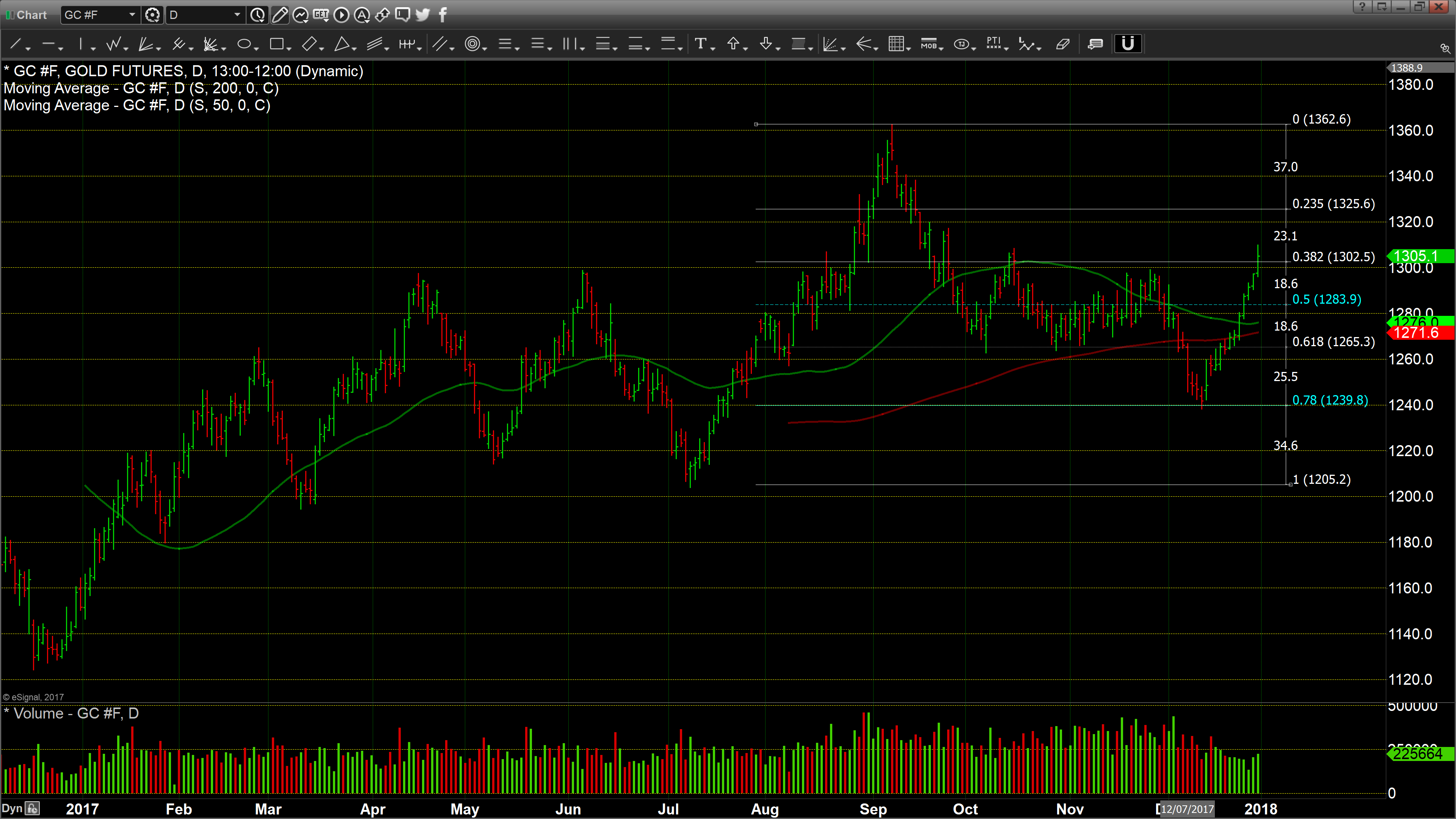 2017 began with gold under dramatic pressure, continuing to react to the presidential election held in November of last year. If you recall immediately following the results of last year’s presidential election gold traded $50 higher, trading to an intraday high of $1340, before it made a sharp reversal and sharply lower on the day. From November up until mid-December of 2016, gold prices lost over $200 in value to settle just above $1120 an ounce.

The initial rally which began mid-December of 2016 and continued until the end of February moved gold pricing from $1120 to $1260 per ounce.

Although the fundamentals are entirely different from the beginning of 2016, there are some real similarities in the way this market bottomed in mid-December and rallied from that price point. Based on historical data, a moderate rally in gold will take pricing roughly $100 higher, with a strong rally capable of adding between $160 to $200 in value.

That being said, it is not unrealistic to look for this current rally to take pricing anywhere between $1340 and $1362 by March 2018.

Most importantly we want to wish our subscribers and followers a blessed New Year filled with health, happiness, and financial success.

Wishing you good trading in 2018