Gold ended 2017 on a strong and solid note with consistent daily gains throughout the final trading days of last year. The rally, which began on December 11th of last year when gold prices hit an intraday low of $1238 per ounce, continues into the New Year. Trading to just over $1300 per ounce on the final trading day of 2017, gold traders continue to have favorable sentiment to the safe haven asset on the first trading day of 2018.

Gold futures are trading moderately higher this morning as the first trading day of the new year has begun with gold futures (most active February contract) trading up $8.00. 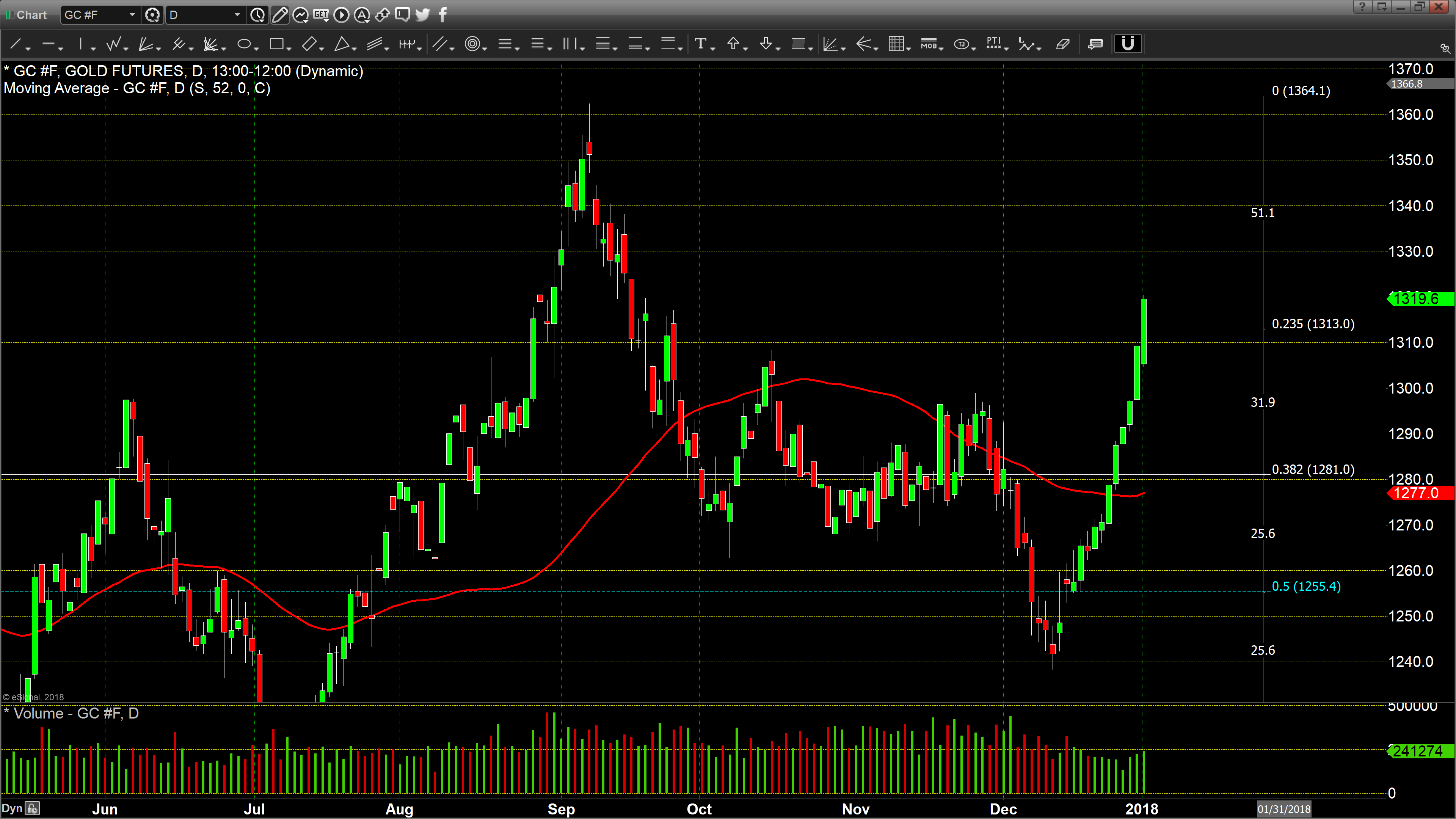 As of 3:00 PM Eastern standard time, gold is currently fixed at $1317.50 which is a net gain of $8.20 (+0.62%) on the day. Today’s gains are a direct result of a weaker U.S. dollar and continued strong investor sentiment towards the safe haven asset.

Spot gold is currently trading up $12.50 on the day to be fixed at $1315 per ounce. Today’s $12 rise is composed primarily of traders bidding up the precious yellow metal accounting for $7.80 of today’s move. The remaining $4.70 is directly attributable to a weakening U.S. dollar, according to the Kitco Gold Index.

This solid market sentiment is in response to geopolitical hotspots in both Iran and North Korea. Add to this some economic data which indicates the real potential for inflationary growth in 2018 and you have a potent mix that could take gold pricing even higher.

On a technical basis, there is solid support for gold at $1300 per ounce, with minor support at $1315. Chart analysis also indicates that there could be some potential resistance at $1335 and major resistance at $1362, last year’s high.

Today’s respectable gains are the eighth consecutive day that gold prices have moved higher. Recent price gains in gold resulted in gains of roughly 14% in 2017, with 3% of the gains occurring in December of last year.

Speculators have been increasing their long gold positions and, according to the most recent C.O.T. (commitment of traders) report, have increased their net long positions to 107,800 contracts, a 40% increase.

Although it is much too early to tell, it certainly seems like the Christmas rally of last year has expanded into a New Year’s rally this year.