Gold is trading moderately higher today, with the most active futures contract currently trading up $3.70 (+0.28%) at $1323 per ounce. Today’s gains have taken gold to its highest value so far in 2018. On Friday of last week, gold prices reached the former 2018 apex when it closed at $1322 per ounce. Although gold prices surged to an intraday high of $1327 on Thursday of last week, on a closing basis today’s gains are not only a new record high close for the year but also a four-month high for the precious yellow metal. 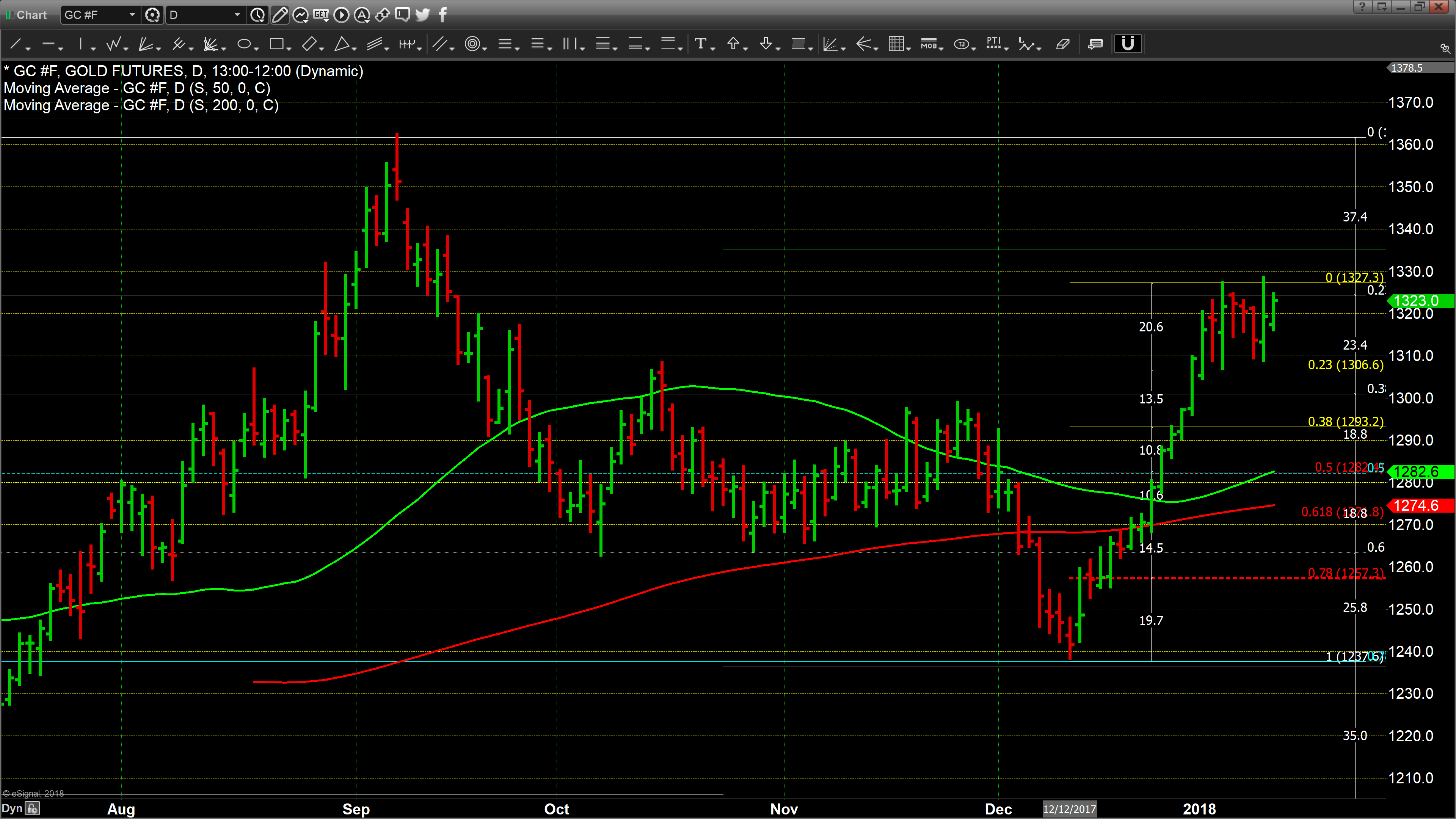 This rally, which began in mid-December with gold trading at $1238, has been driven by multiple factors, but it has been the tailwinds provided by a weakening U.S. dollar that has had the most enormous impact. Since gold is paired for price in U.S. dollars, there is an exact inverse relationship between gold and the U.S. dollar. Therefore, a weak or strong U.S. dollar will always move gold prices with an exact negative correlation.

Today’s upside move in gold is no exception and, in fact, was exclusively driven by a weakening U.S. dollar rather than a combination of dollar strength/weakness and buying or selling in the market. 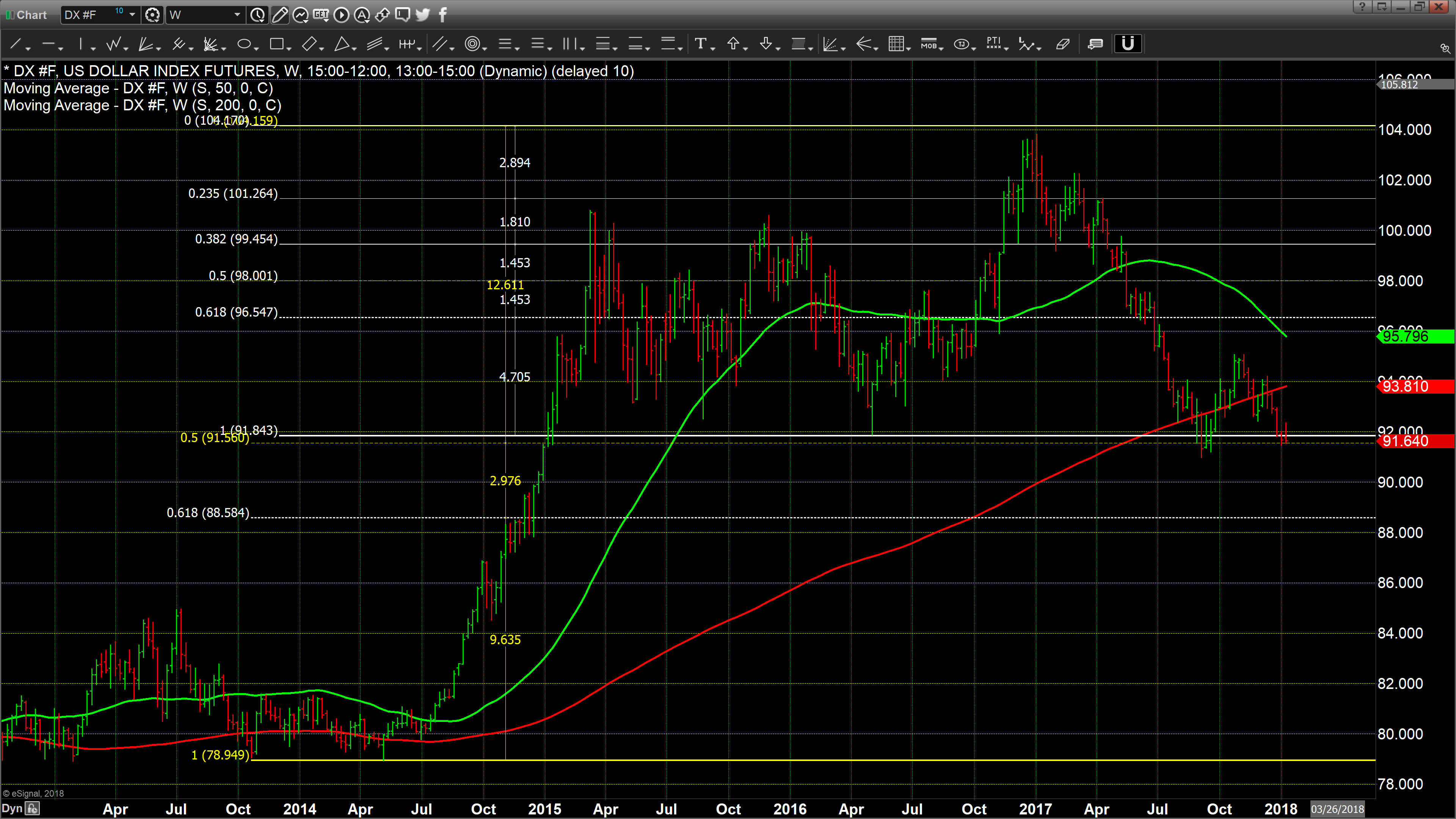 As of 3:30 PM Eastern standard time, spot gold is currently fixed at $1321.80. This is a net gain of $5.50 or +0.42% on the day. On closer inspection, traders and investors actually sold more gold today than they bought, which resulted in a drawdown of $1.20. This was more than compensated for by a weakening U.S. dollar which added $6.70 of value, resulting in the net change in physical gold today of $5.50. Obviously, if it were not for dollar weakness gold would have closed lower on the day.

Looking back at the current rally which has moved gold pricing $85 higher, one can see the dollar weakness was a major component of this move. On December 12 of last year the U.S. dollar index had hit an intraday high of 94.20, and has since fallen from that price point trading to a low of 91.50 at the beginning of this year. In other words, in the last 30 days, the U.S. dollar index has lost approximately 2.7%.

During the same period of time, gold has gained 6.4% as it rose from $1238 per ounce to its current pricing of $1322. Therefore, dollar weakness has accounted for roughly 42% of gains achieved during this rally. Truly a weak dollar was a major component providing gold with strong tailwinds, but it must not be overlooked that traders and investors buying gold accounted for the remaining 58% of this price move.

Given that gold has gained 6.4% over the last 30 trading days, this rally might have more upside potential. If gold can trade above $1327 on a closing basis, our technical studies indicate that the next real resistance level would not occur until approximately $1360, which was the highest point gold traded to last year.