Gold Closes At A New Record High For 2018

In September of 2017 gold prices topped out at $1363 per ounce. This marked the conclusion of a dynamic rally, which began in July 2017 when gold was trading just above $1200. This $163 rally contained the largest single price move of any rally last year.

What would follow would be a sustained and multi-month correction in which gold prices toppled first to $1262 in October of last year and then, after a brief short rally taking gold to $1309, traded lower to $1266.

There would be one final attempt to return to rally mode towards the end of the year which ran out of steam during the last trading days of November. What would follow was one final selloff taking gold pricing to $1238 per ounce during the second week of December. 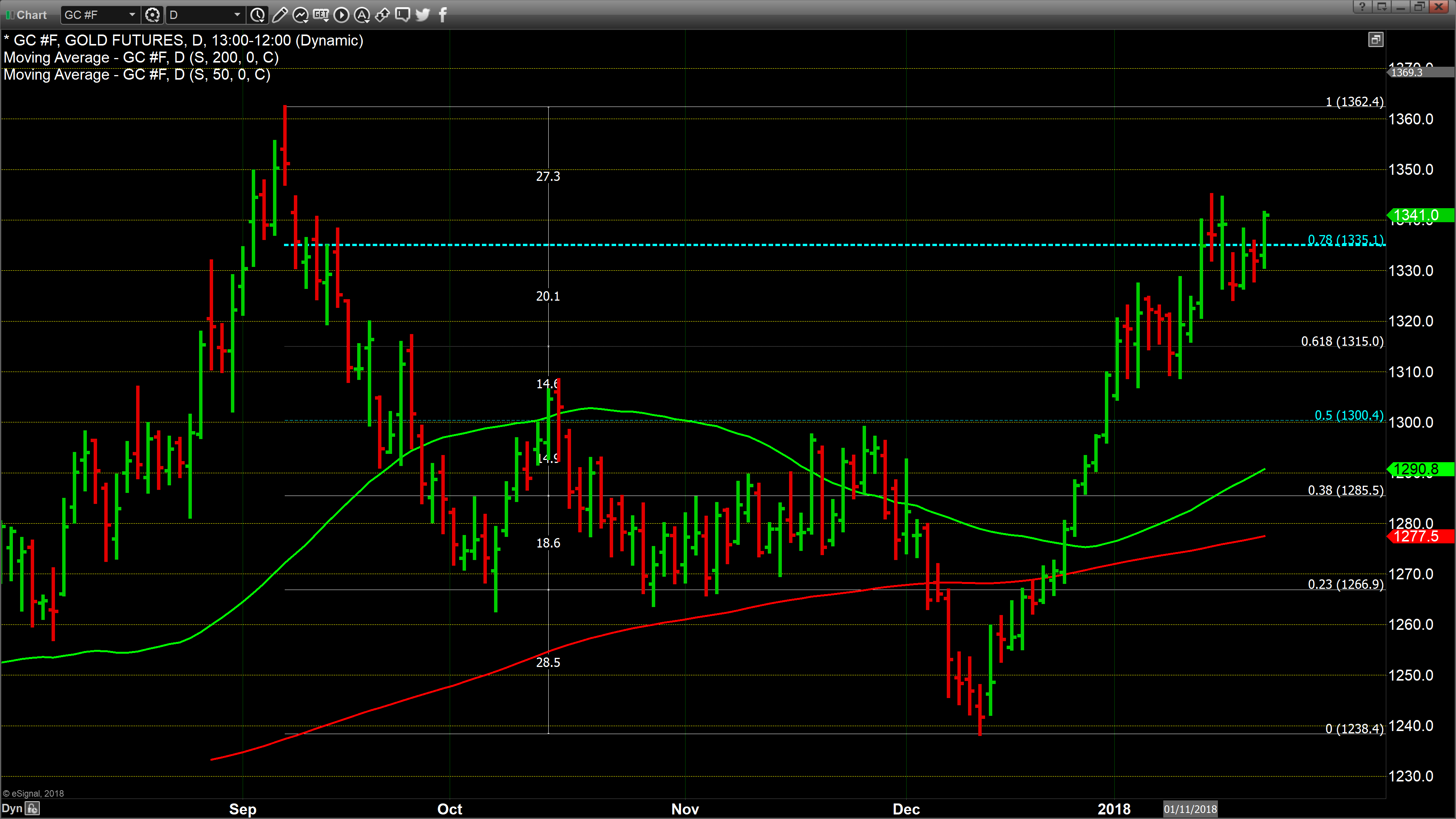 These December lows marked the beginning of the current rally which is still fully in place.

The multi-month correction from $1363 to $1238 allowed market technicians to create a Fibonacci retracement from the highs of September to the lows of December.

Of key importance is the 78% retracement of that correction ($1335.00) which is the final price point that gold needs to overcome before the former high at $1363 becomes the next real viable target. 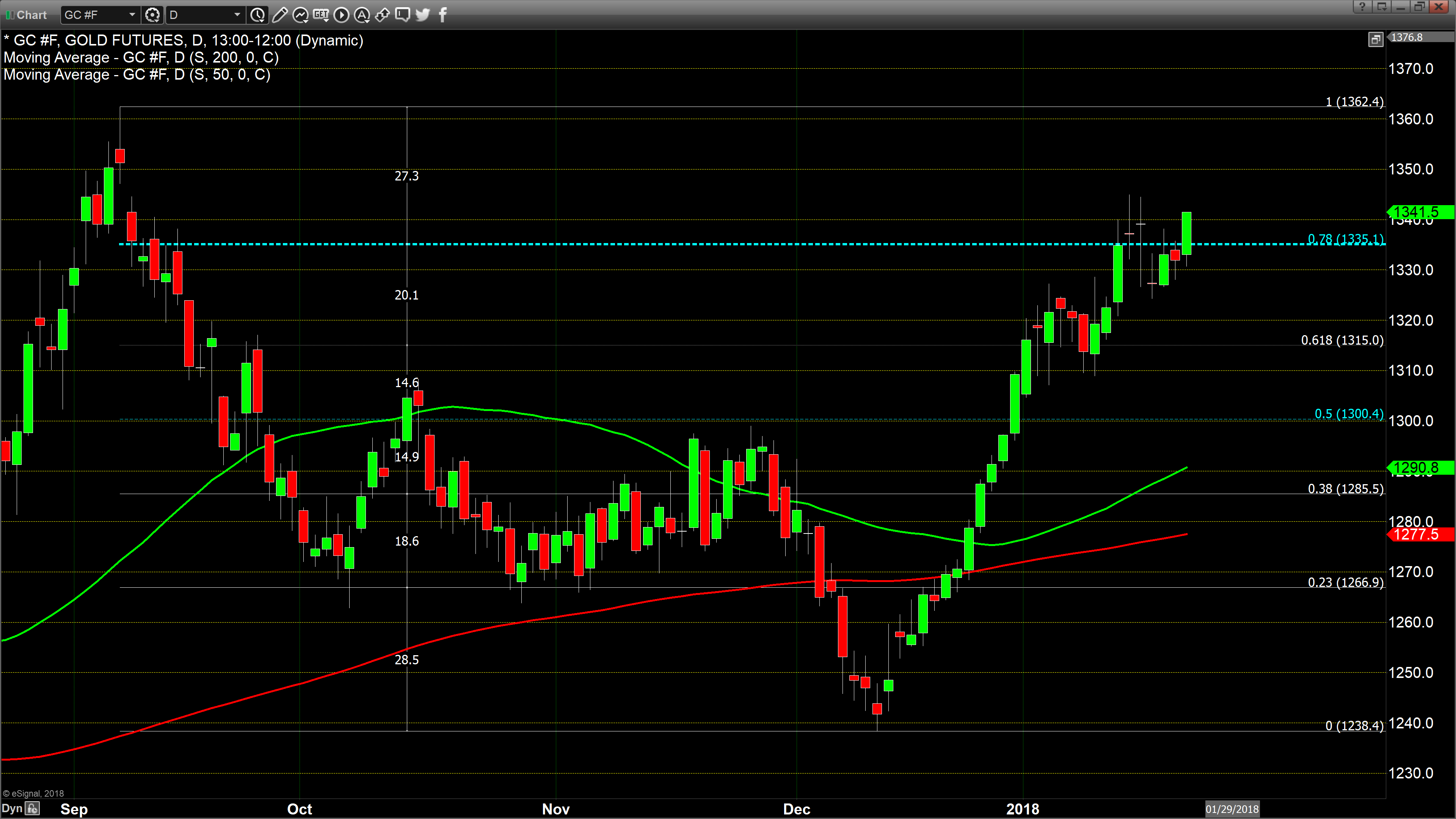 In other words, on a technical basis, gold prices have nowhere to go but higher as they challenge the recent yearly high of last year.

Regardless of where this rally ends, this recent price move is significant in that gold is trading at a new record high for 2018 and now has the real opportunity to take out last year’s highs.