The U.S. dollar traded under dramatic pressure today, losing almost a full percent on the lows of the day. This, of course, moved the precious metals complex to dramatically higher pricing with gold futures trading up roughly $22 on the day to close at the highest value this year. 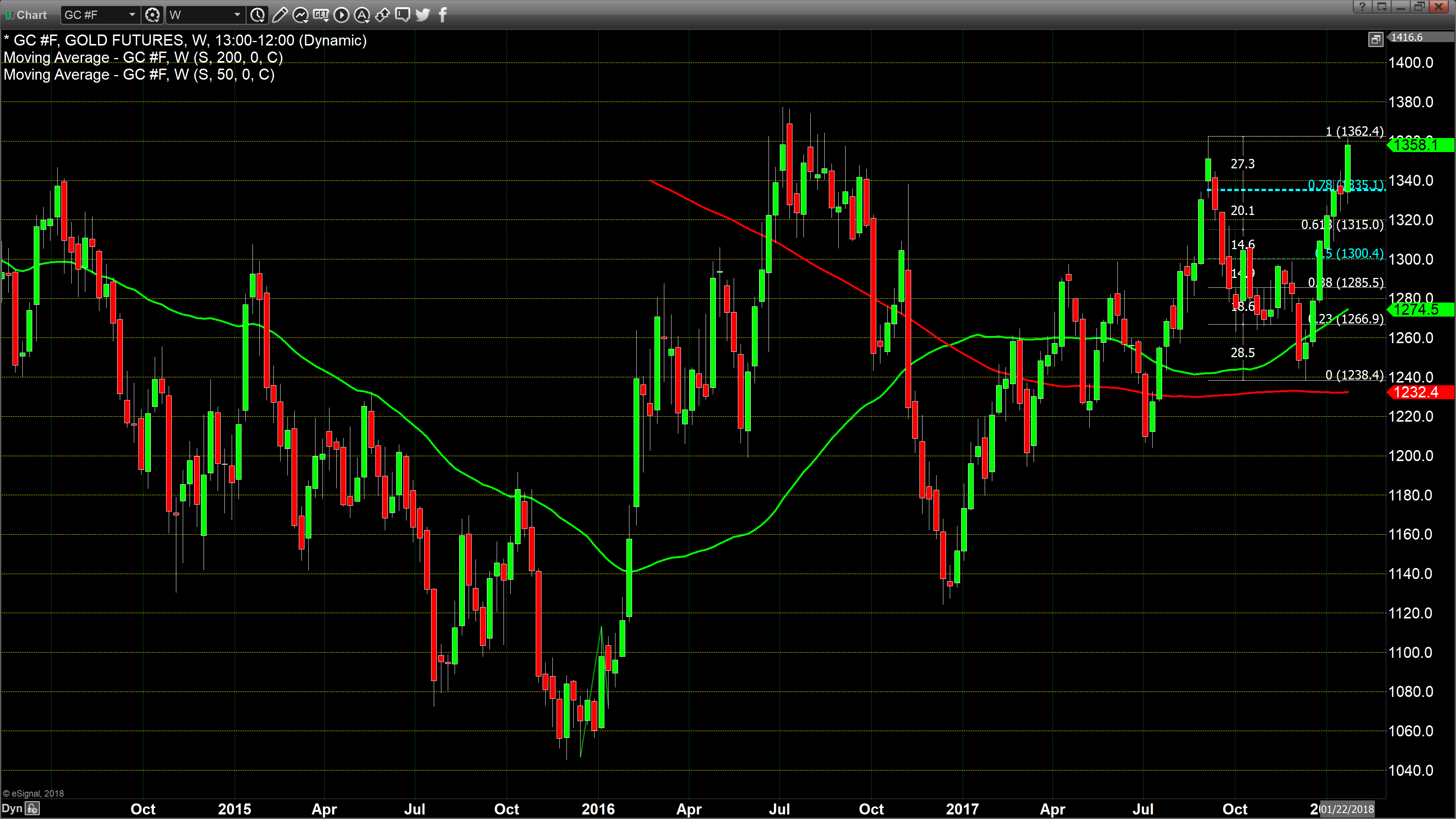 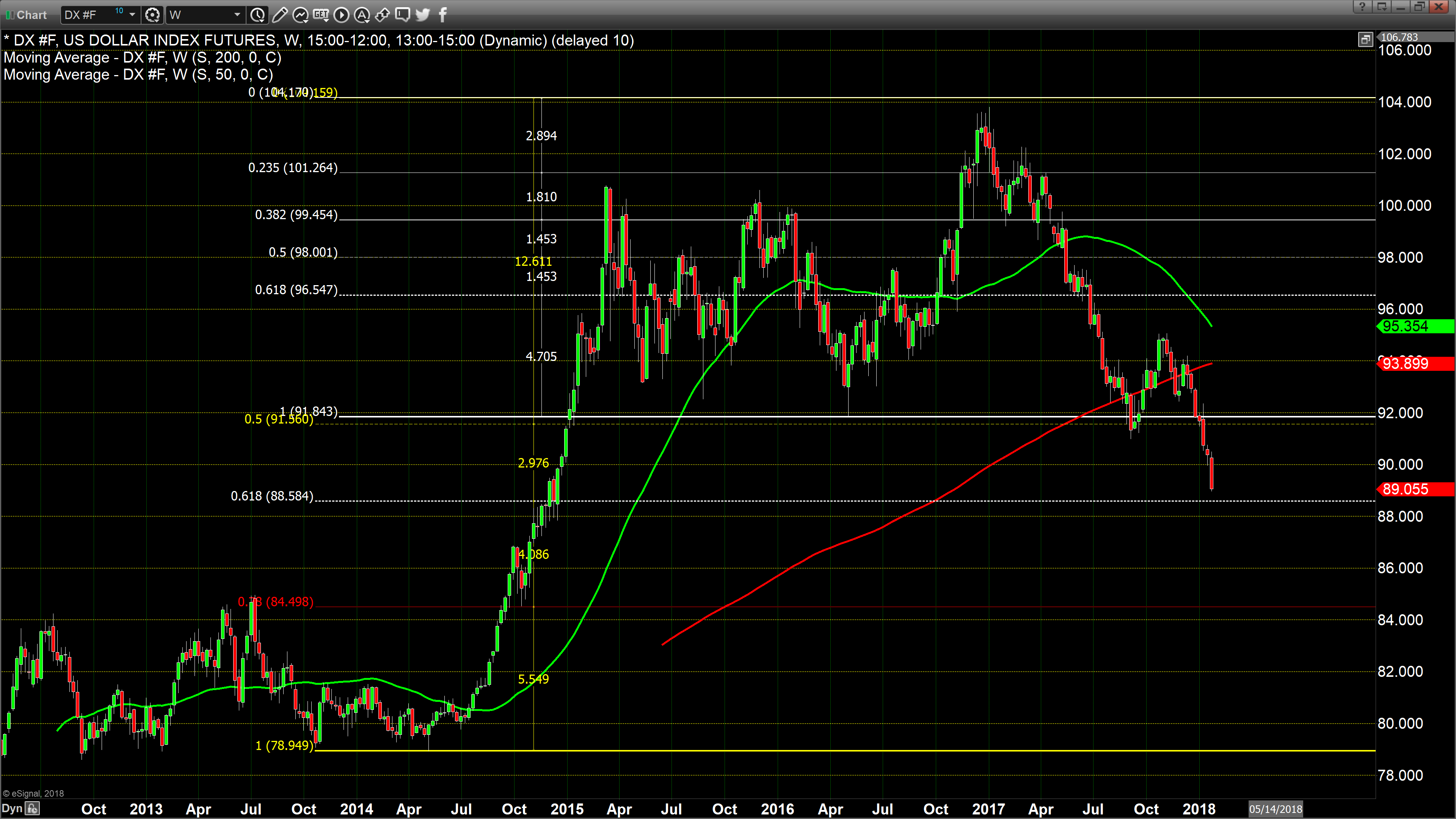 While it is known that President Trump favors a weak U.S. dollar, recent statements by the Chinese suggest that a reduction in their purchase of treasuries could also put downside pressure on the greenback.

Today’s dramatic move was almost entirely due to dollar weakness. As of 3:45 PM Eastern standard time, physical gold is currently fixed at $1357.40, a net gain of $16.50 on the day. According to the Kitco Gold Index, $12.50 of today’s gain is directly attributable to a weak U.S. dollar, with the remaining four dollar gain attributable to buying in the market.

Today’s strong upside move in gold is significant. In fact, historically speaking one has to go back to July or April 2016 to find the last time gold had at this value. Today’s close at $1357 was also well above the highs achieved last year when, in July of 2017, gold’s highest weekly close was $1351 per ounce. 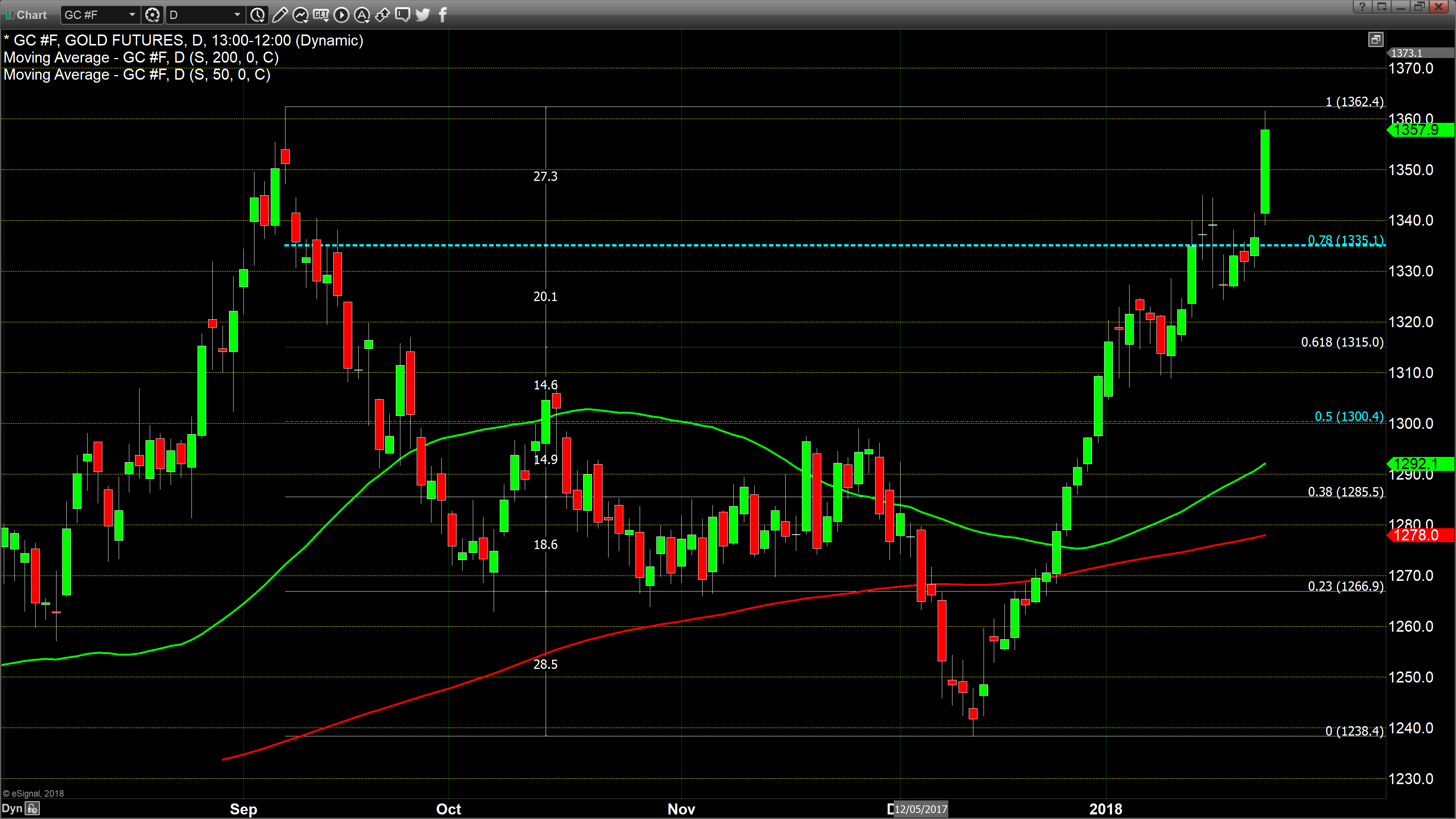 Gold’s close today was solidly above the highs achieved last year. The next real target and area of resistance does not occur until about 1375 to 1380, which is the highest point gold traded at during 2016. More impressively, that price point or target was achieved after gold pricing had concluded a multiyear extended correction which began when prices reached their apex at over $1900 per ounce.

While that does not suggest that gold pricing would achieve any kind of wild move similar to that of 2009 to 2011, an effective close above 1380 would suggest that $1400 gold is highly possible and achievable.