State Of The Economy

In his first testimony to the Congress, Jerome Powell, the newly appointed chairman of the Federal Reserve, said that the economy was in fact normalizing. As such, he made it clear that in next month’s FOMC meeting each member will reevaluate the current monetary policy as it reflects upon the number of interest rate hikes this year.

In other words, now that our economy is becoming more robust, so should our monetary policy. That means that there will be a slow return to standard interest rates which are above the current accommodative rates which were implemented in 2009 as a result of quantitative easing.

According to the written statement, Jerome Powell said that the outlook for the U.S. economy “remains strong.”

“The U.S. economy grew at a solid pace over the second half of 2017 and into this year. Monthly job gains averaged 179,000 from July through December, and payrolls rose an additional 200,000 in January. This pace of job growth was sufficient to push the unemployment rate down to 4.1 percent, about 3/4 percentage point lower than a year earlier and the lowest level since December 2000. 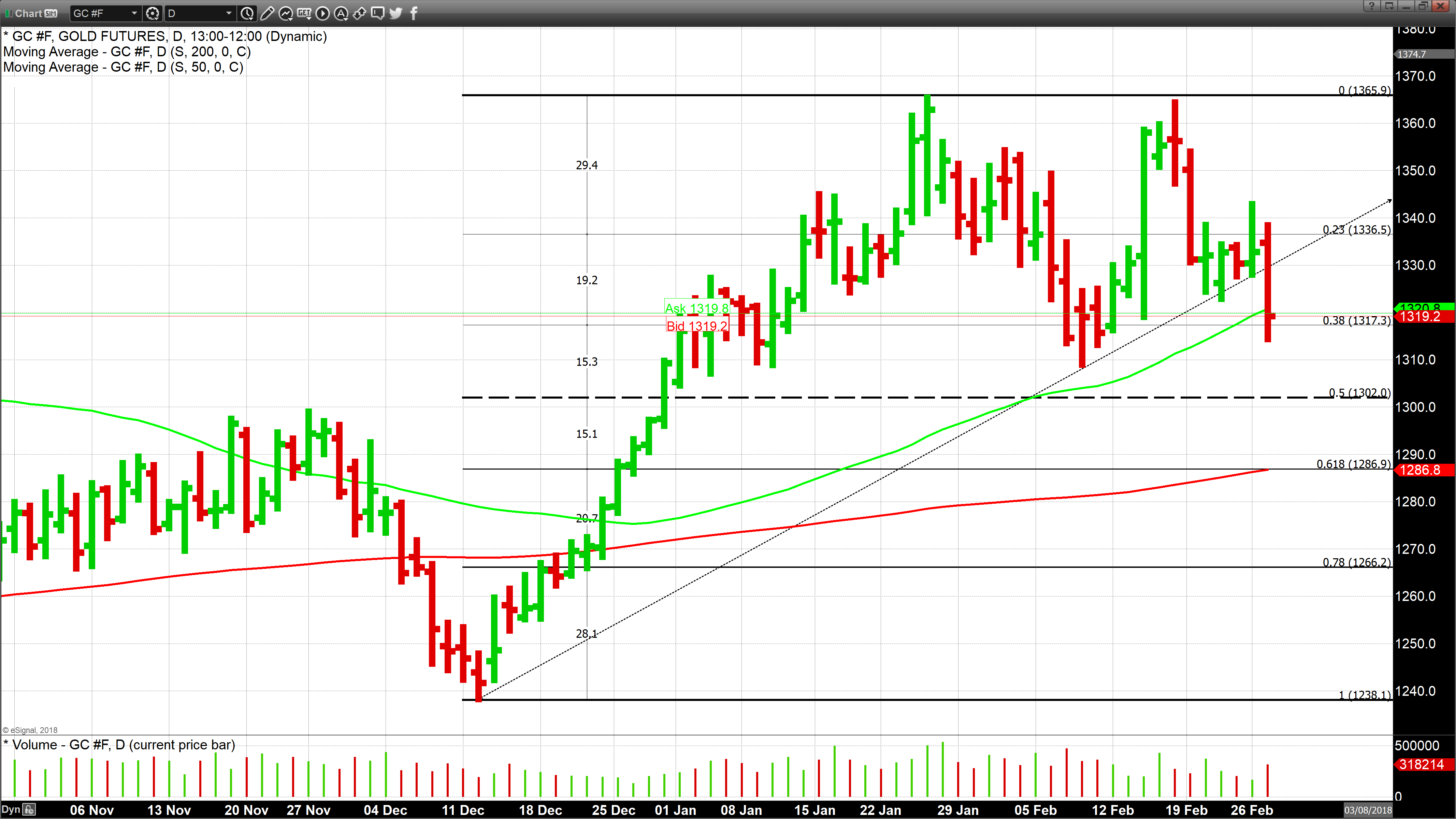 The robust job market should continue to support … and should lead to further gains in U.S. exports and upbeat business sentiment and strong sales growth will likely continue to boost business investment.”

The net result of Powell’s first monetary policy report to Congress was dramatically lower pricing in U.S. equities and precious metals, while at the same time boosting the U.S. dollar and treasury yields.

The Dow Jones Industrial Average closed 299 points lower giving back the gains of yesterday’s market activity settling at 25,410, a net decline of over a full percent.

Gold and silver both traded dramatically lower and under pressure with gold futures closing off by $13.10 at $1,319.70, a net decline of just under a full percent. Silver lost 1.3% on the day with March Comex futures closing at $16.335 per ounce.

Physical or spot gold lost 1.1% on the day and is currently fixed at $1,318.20. Today’s decline of $14.70 was composed of almost equal parts of dollar strength and sellers bidding down the precious yellow metal. Eight dollars of today’s drop is a direct result of a strengthening U.S. dollar, with the remaining $6.70 attributable to sellers.