Gold prices traded higher on the day, although they were limited by a stronger U.S. dollar. The same cannot be said for silver and palladium. Although gold gained 0.21% on the day, those gains were dwarfed in comparison to silver’s 2.43% and palladium’s 2.11% daily gain today. 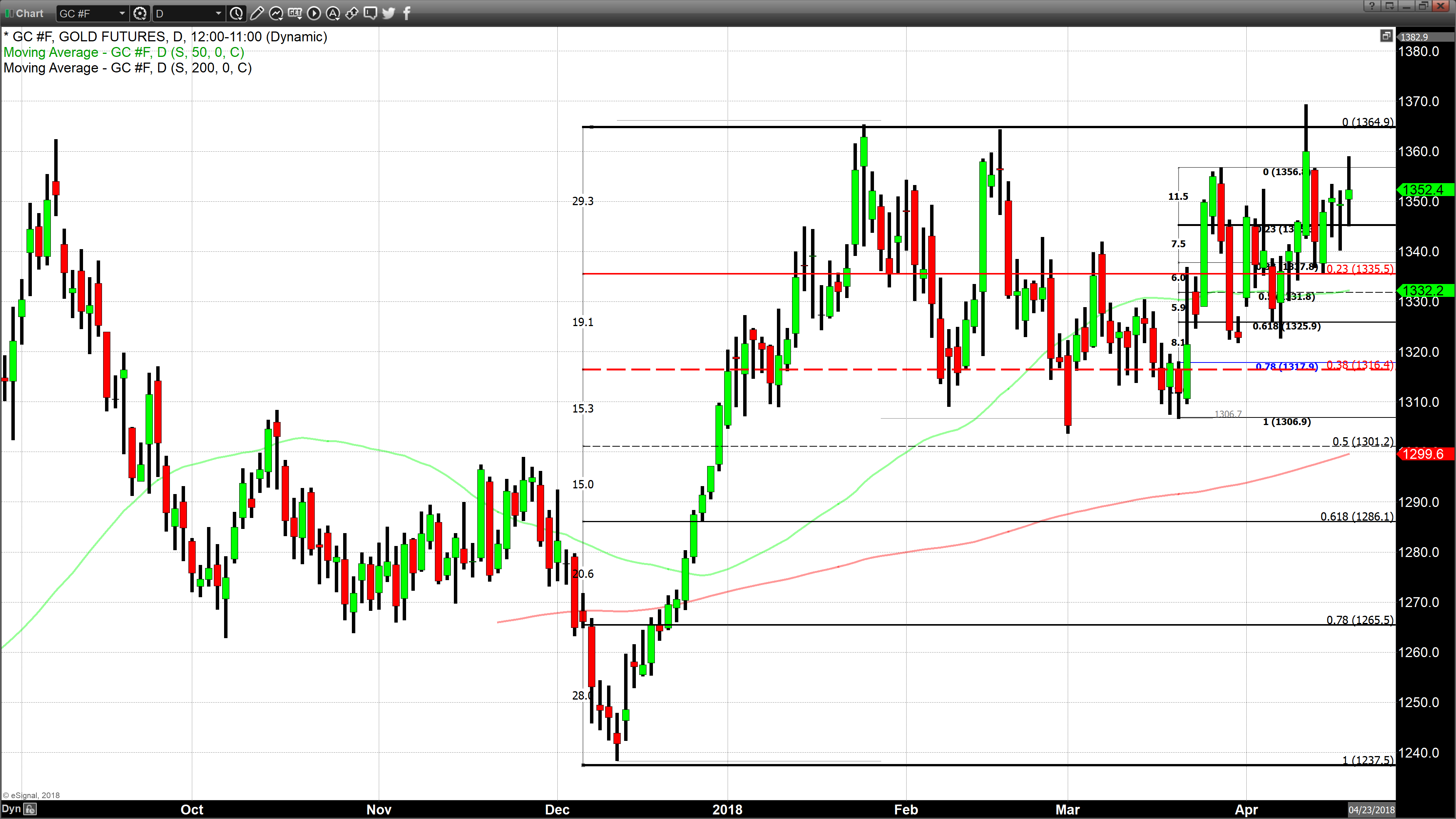 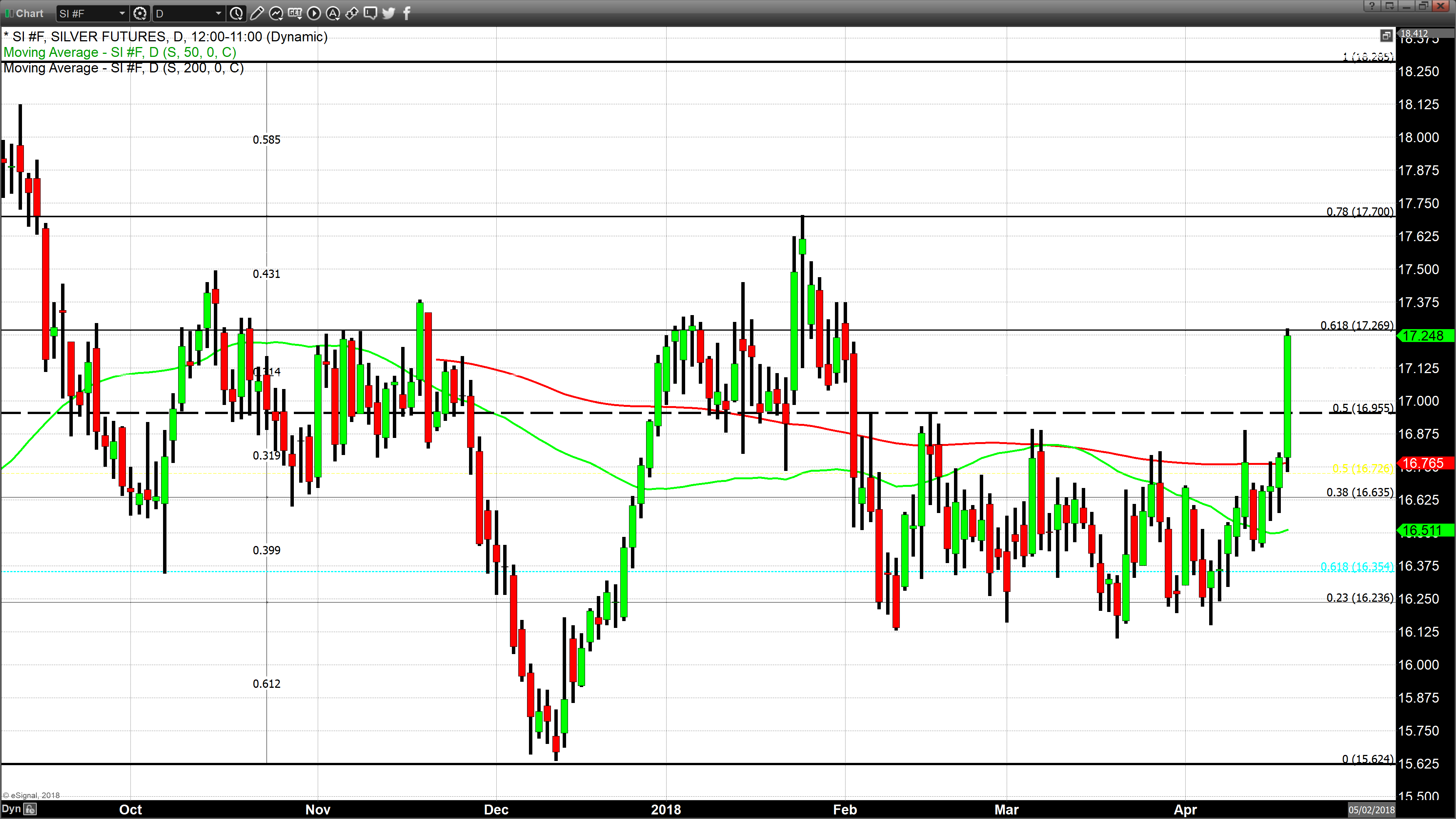 Palladium continues its dramatic ascent which began on April 6 when prices hit a low of $890 per ounce. In just eight trading days palladium has gained over $137, which is a net increase of over 13%. Concern over supplies continue to be incredibly supportive of palladium pricing. Russia is the largest producer of this precious white metal. Palladium pricing is now well above platinum, which is currently fixed at $944 per ounce. 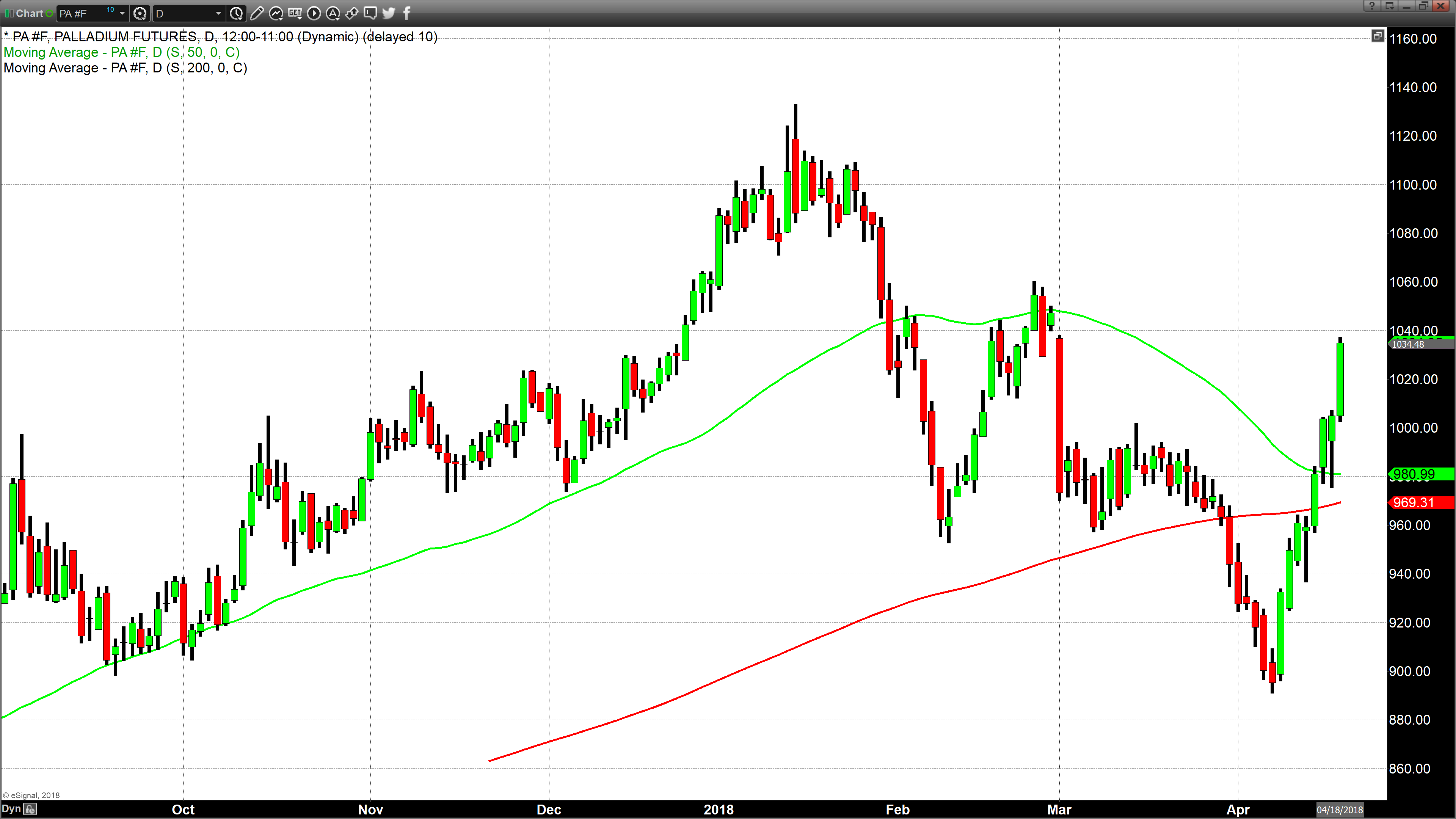 Recent price swings in palladium and today’s uptick in silver clearly indicate that these two precious metals are trading to a different set of variables than gold. Both precious white metals are widely used in industrial applications, and there are concerns about the supply-side. The strong global economies have created an increased demand for the industrial metals as seen in nickel and aluminum pricing which rallied to a multi-year high in London today.

Gold futures (June 2018 Comex contract) is currently trading at $1,352.20, which is a net gain of +0.20 % ($2.70). This contraction of gains compared to the other precious metals clearly illustrates that gold is perceived predominantly is a safe-haven asset.

According to Rachel Koning Beals of MarketWatch, “Moderating political risk contributed to rangebound trading for gold after it was announced that South Korea and North Korea would hold talks to potentially change a decades-old armistice into a peace agreement, and as U.S. officials confirmed a top-level meeting with the North Korean leader.”

Moderating political risk, plus reduced geopolitical tensions now that the United States and its allies have concluded a one-day military operation in Syria, clearly have dampened the safe-haven appeal of gold.

Gold has traded to $,1365 on multiple occasions. However, it has been unable to sustain a move above that price point since the first unsuccessful occurrence in September 2017. Since that time gold has failed to close above that on three more occasions.