The G7 meeting, which ended in discord on Friday, had little if any effect on precious metals pricing. Yesterday’s historic summit between the United States and North Korea left market participants in a state of flux but had a tepid impact on gold prices.

Naturally, this historic event concluded with both sides acknowledging a need to de-nuclearize the Korean Peninsula. However, the lack of concrete measures and specific actions with some sort of timeline were lacking from any comments or written documents. The lack of any definite schedule or mention of verification policies put some pressure on gold pricing. 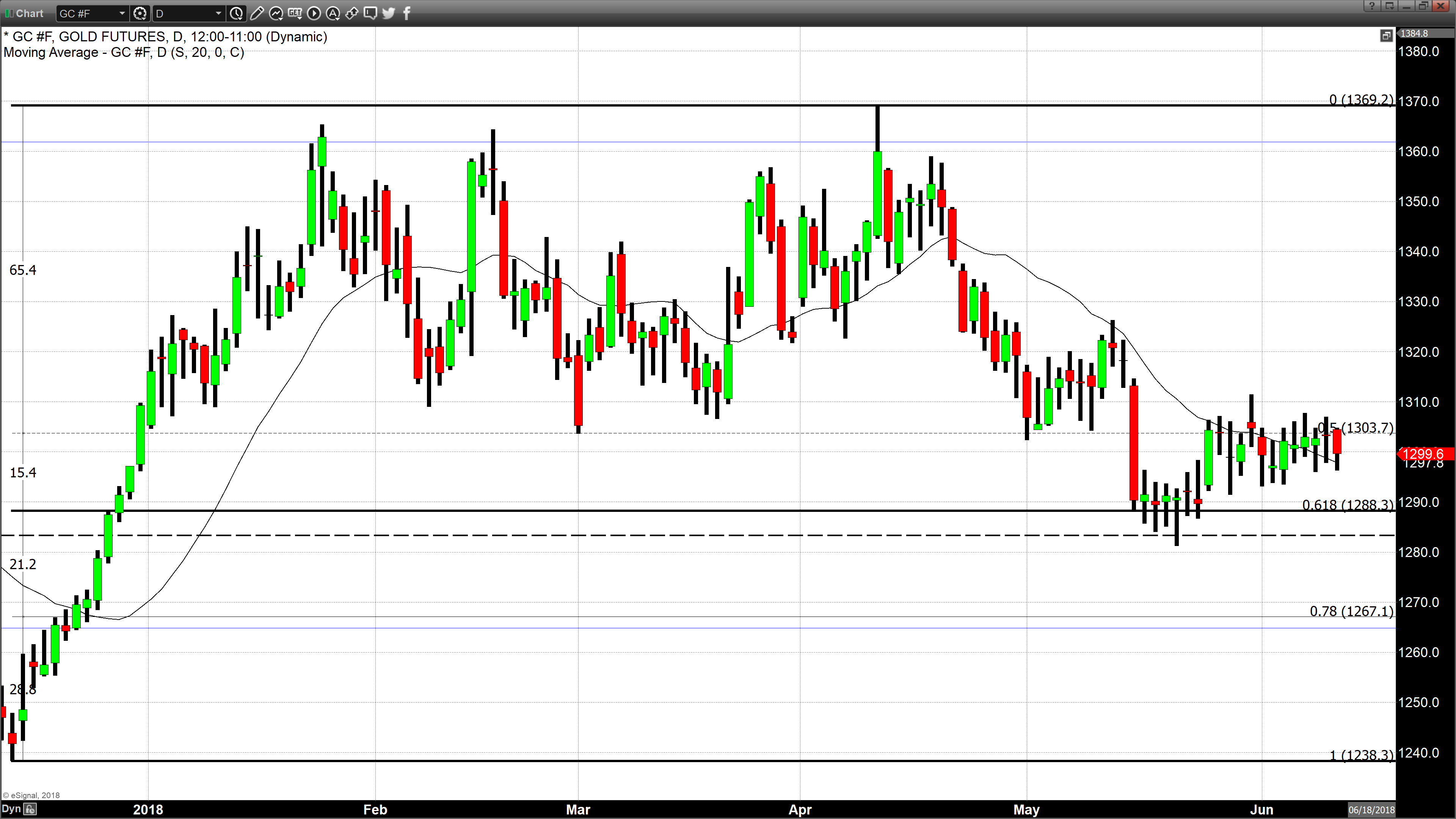 Currently, gold futures are trading just under $1,300 per ounce, down $3.50 at $1,299.70. The next significant market move will be based upon the outcome of this month’s FOMC meeting.

Today marked the first day of this month’s FOMC meeting which will conclude tomorrow. Of the three events which have potential to affect gold pricing, the FOMC meeting decision and statements could be the event with the most power to move gold pricing.

According to the CME’s FedWatch tool, there is a 96.3% probability that the Fed will raise interest rates by 25 basis points (1/4%) tomorrow. With the likelihood that high, market participants have for the most part factored this rate hike into existing pricing.

If the Federal Reserve does not raise interest rates chooses to initiate a rate hike greater than 25 basis points, we would see traders immediately factor that into the market. However, it will be the release of the statement following the conclusion of the meeting tomorrow, and the press conference being held by Chairman Powell that could have the most considerable influence.

Traders and market participants will listen intently to gauge any changes in the Fed outlook in regard to inflation or their current plan for the next set of rate hikes. There should be very little downside pressure on gold based upon a rate hike initiated by the fed tomorrow. A shift in market sentiment will be the direct result of traders and market participants gauging a different forward path by the Federal Reserve then is currently anticipated.