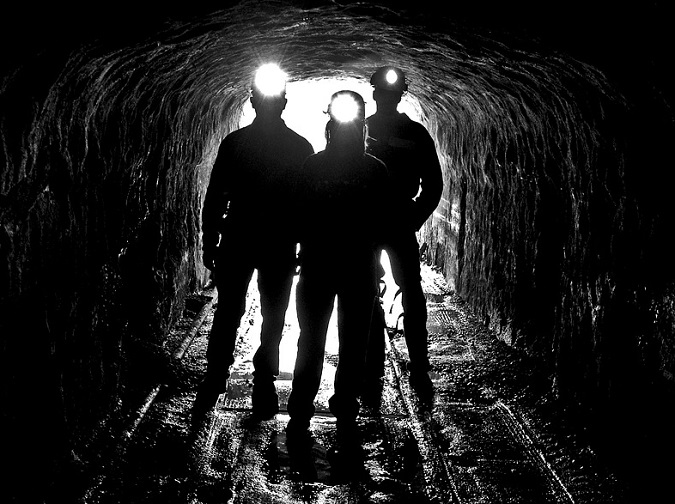 (Kitco News) - Since Vanguard announced a major restructuring of its Vanguard Precious Metal and Mining Fund (VGPMX) on July 27th, the sell-off in the GDX has increased much more than the selling in gold. The fund’s investment strategy is shifting from investing 80% in mining companies and 20% directly in precious metals, to 25% in mining companies and 75% broad global stock market exposure with an affinity for commodity-oriented companies.

Although the new strategy is not expected to become effective until late September, traders have been fading this restructuring and the VGPMX fund manager has most likely begun selling contained miner equity holdings. Vanguard is among the largest providers of actively managed funds in the world with more than $1.2 trillion in active assets, so it is not surprising the gold stock selling began to pick up steam in relation to the gold price after this announcement. The evidence of this being a major contributing factor in the miner equity sell-off can be seen in the GDX/Gold ratio chart, which has been in waterfall decline since the beginning of August.

We had a similar gold fund restructuring announcement in April 2017, when Van Eck announced a massive rebalance trade around the junior miner fund GDXJ. The ETF was required to sell $3 billion worth of its existing holdings to buy the new additions, which created a massive funding trade significantly impacting existing names. At the time, this created a buying opportunity in a few of the quality juniors which were sold down, or cut from the fund.

Since the GDX is the world’s most popular gold stock investment vehicle and a barometer for the mining sector, traders have been selling down most of the juniors who do not mine gold as well. This relentless selling in the miners is creating an extremely over-sold situation which has the potential to create a “sling-shot” move higher in the precious metals miner complex once a bullish catalyst appears. Many technical indicators are still near extremes in gold, which is suggesting that a reversal in trading direction is very close.

Meanwhile, the speculative short selling in gold remains at extreme levels and silver has now joined the record books as having the highest non-commercial net short position in history as well. Since late July, the bulls have been pounding the table over the extreme managed money short position in gold being a contrarian buy signal. But the sector has continued to crater, lacking a catalyst meaningful enough for shorts to begin covering in earnest.

The Gold/Silver ratio is also running towards its high reached in October 2008 at over 93, which is where the beginning of the last miner bull market began as gold bottomed at $680. Once the GDX bottomed during the financial crisis in late 2008, near the levels it is trading today, the major miner ETF ran to over $63 in three years. Silver always outperforms gold on a rally and with the ratio above 85, we are getting a strong indication that the rally may be coming soon.

Weakness may persist as we head into the FOMC meeting on September 26th and the next support level to watch on the downside in the already extremely over-sold GDX is the $16 region. The September rate hike is fully priced in by the market and the August Non-Farms Payroll Report (NFP) released this morning matched the forecast. Since the Fed’s rate hike cycle began in December 2015, the precious metals complex has typically sold off into each FOMC meeting.

The Trump Administration will soon be announcing the decision on whether to impose an additional $200 billion in tariffs on Chinese imports, which will cause more volatility in the gold sector. If the tariffs are delayed pending further negotiations the U. S. dollar should drop, giving the precious metals complex a boost. But if the tariffs are implemented, we could see the GDX continue its downward path towards the aforementioned support level.

On the upside in GDX, we will need to see the $20.50 level breached on a weekly basis for confirmation of a major gold stock bottom being in place. A break above $1220 in December gold could begin a short squeeze in the record managed money short positions in both gold and silver. This may provide the fuel necessary to reach this level, so all we need is the proper catalyst to ignite the fuse.

Caution is still advised and a large cash position is recommended to take advantage of some very good entry points, which are beginning to appear in quality juniors with proven management teams. Stop by my website at www.juniorminerjunky.com and sign up for my free email list. You will receive this column in your inbox each week, along with interviews and updates on my subscription service availability.