Gold had one of its most dynamic days yesterday as it opened below $1,200 per ounce and closed $30 higher, settling at $1,227 per ounce. Today gold prices have retreated slightly, giving back a measured portion of yesterday’s gains.

Yesterday’s strong uptick and price gains were a result of a falling U.S. equities market and dollar weakness. On Wednesday and Thursday, the Dow Jones Industrial Average lost over 5%, declining by 1,300 points. 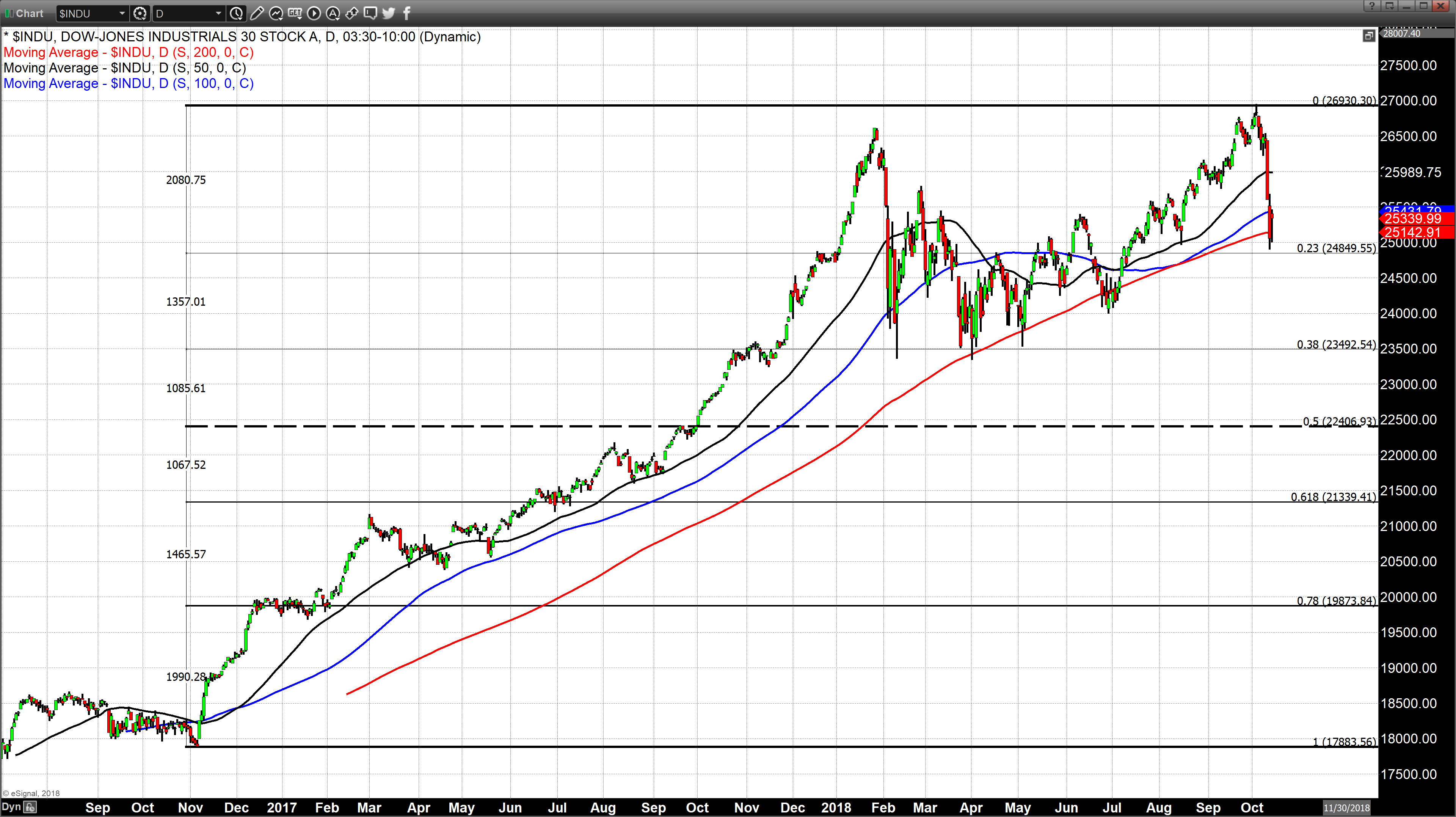 The dollar index also recovered slightly gaining almost a quarter percent and is currently fixed at 94.935, after adding today’s gains of +0.229 points.

Dollar strength, a rebounding U.S. equities market, and the upcoming meeting between the presidents of both the United States and China in November has resulted in gold having a mild round of profit-taking to close out the week.

What can we take away from this week’s wild upside move and today’s measured retracement?

First and foremost, for the first time in quite a while, we saw gold act as a traditional safe haven asset along with bonds. The flight from equities to gold was extremely short-lived. However, it confirmed one of the primary conventional intrinsic components of gold: its role as a safe haven asset. 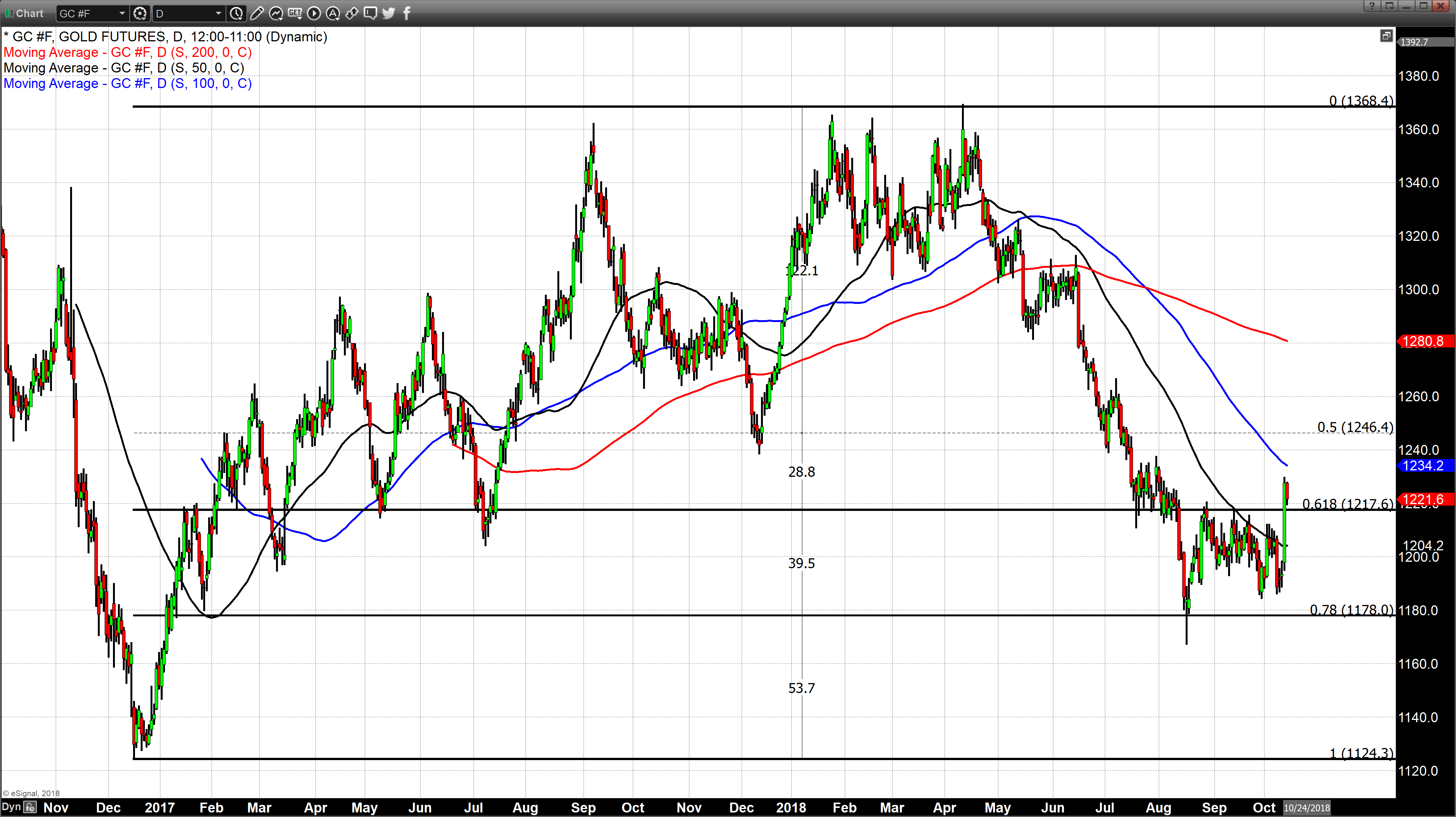 Secondly, on a technical level, yesterday’s strong price advance took current pricing above $1,200, a key psychological level of either resistance or support, and more importantly above the 50- day moving average. The last occurrence of gold closing above its 50-day moving average was on April 20.

Lastly, yesterday’s strong gains took gold prices above the .618% retracement which is currently at $1,217.60. This retracement is from an extremely long data set beginning at the end of 2016 when gold was trading at $1,124 per ounce, up to this year’s record highs at $1,369 per ounce.

Although today gold lost some of yesterday’s gains, it still is effectively trading above the 0.618% retracement. Based on our technical studies we are currently putting support at $1,218 with major support at $1,200 per ounce.

We see the current level of resistance at 1,240 to 1,246 which is based upon the 50% retracement as well as lows seen in December of last year.

Most importantly yesterday’s dynamic upside move resulted in gold trading out of its defined and narrow trading range for the first time since August. If gold can effectively continue to trade above $1,218 per ounce, it could move to higher ground. 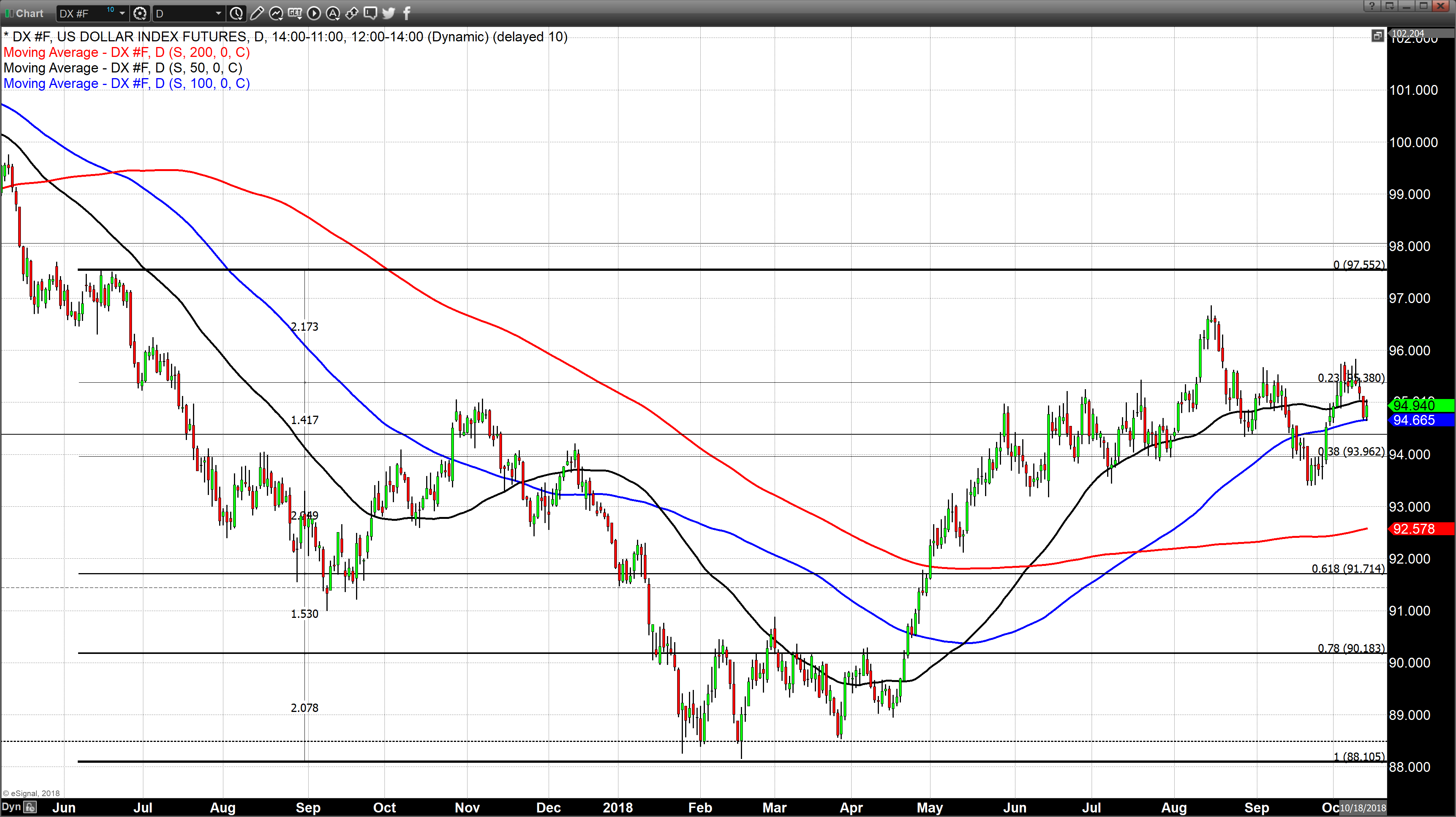 If gold does move higher over the next couple of weeks, it will confirm that this week’s move above the 50-day moving average is signaling an end to the long and extended correction as market sentiment shifts back to a bullish demeanor.