This morning, the U.S. dollar traded slightly lower to a critical support level at 95.90 before recovering, gathering steam, and moving to much higher ground. As of 5:00 PM Eastern standard time, the dollar index is currently up almost 7/10% (+ 0.639 points) and fixed at 96.705. 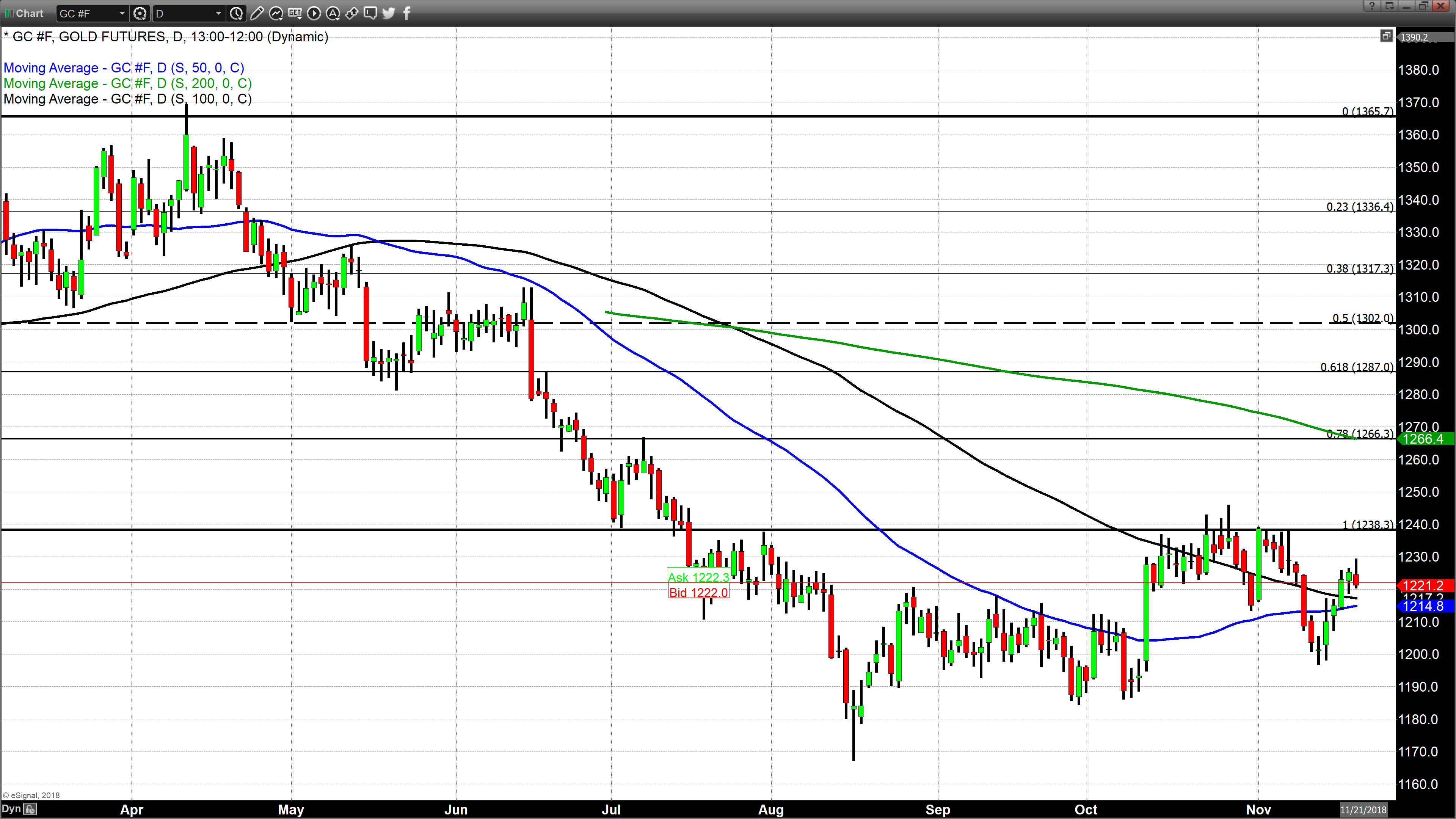 Dollar strength has taken away the modest gains seen as market participants bid gold prices modestly higher today. Today’s strength in the U.S. dollar comes primarily from weakness in both the euro and British pound. Both the euro and British pound have suffered as the European Union and Britain continues to hammer out an acceptable and viable resolution to Brexit. The European Union is also grappling with issues from Turkey. The Turkish lira declined the most today with one dollar buying 5.3875 lire compared to yesterday’s pricing in which one dollar bought 5.3136 lire. 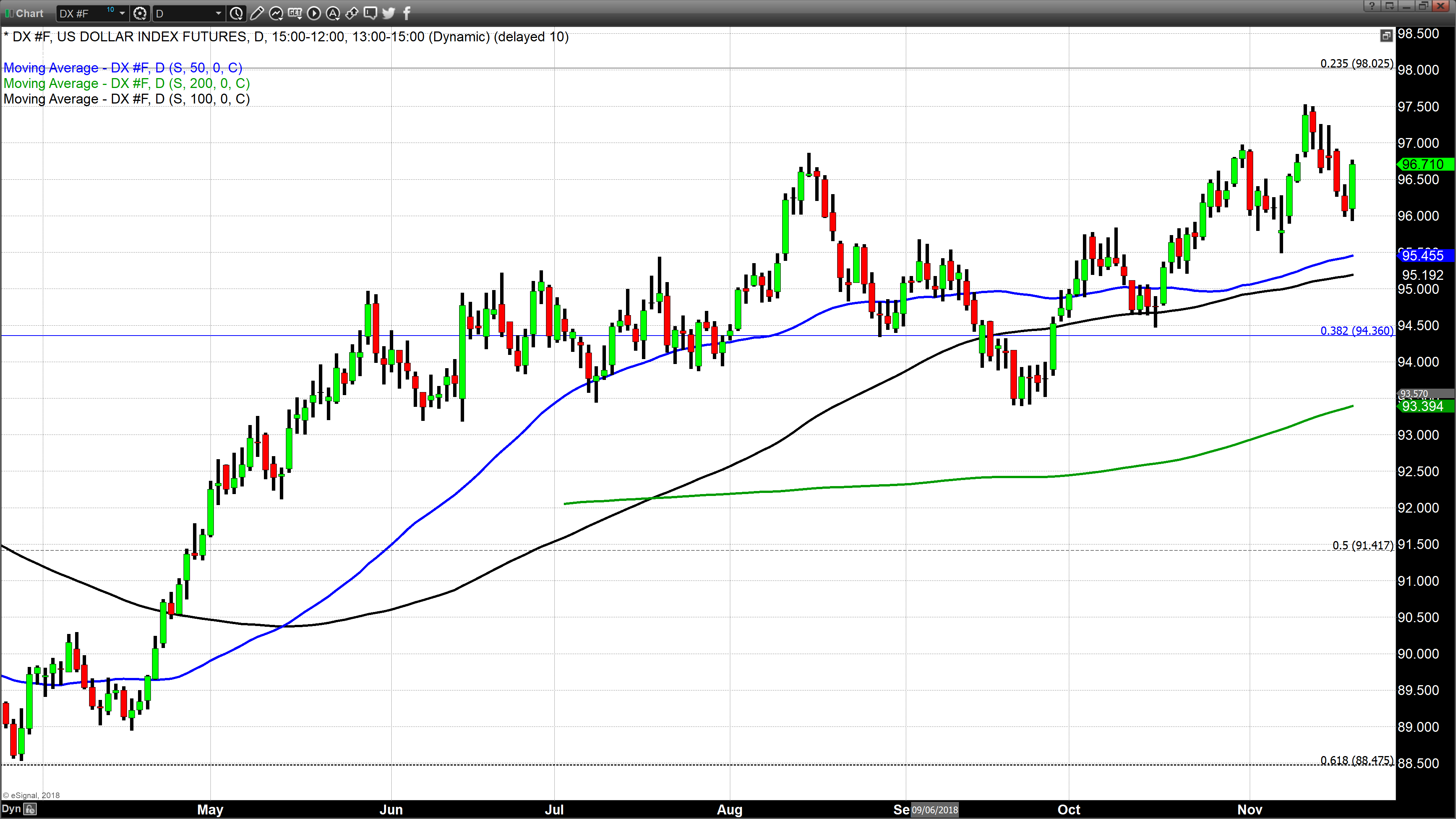 Dollar strength, as well as strong data on U.S. housing starts, contributed to moderate declines across the board in the precious metals. Gold futures gave up roughly 3 dollars in trading today, with the most active December Comex contract currently fixed at $1,222.10.

According to the KGX (Kitco Gold Index), traders bid spot gold higher resulting in approximately five dollars in gains. However, dollar strength dwarfed any gains realized as it eroded pricing by approximately $8.20 per ounce. Currently, spot gold is fixed at $1,220.70, after factoring in a net decline of $3.20 today.

Market participants are extremely aware and sensitive of the current trade war between the United States and China. This is one of the major concerns which has taken U.S. equity prices dramatically lower today, with the Dow Jones Industrial Average losing 2.21%, and after a 551.80-point decline, the Dow is currently fixed at $24,465 .64.

Effectively, today’s move has moved both the Standard & Poor’s 500 as well as the Dow into negative territory for the year.

Since 2015, the Fed has been actively reducing their balance sheet of assets which swelled to $4.5 trillion at its height as well as slowly ratcheting up interest rates. Three of the eight rate hikes have occurred this year alone. Moreover, they have made it clear that their intention is to raise rates yet one more time this year, in December.

Obviously, these two issues will continue to weigh heavily on market sentiment. If the November G20 meetings between the presidents of both United States and China do not bring our two countries closer to a resolution in the trade war, U.S. equities most certainly could continue to sell off to much lower pricing.