Today’s jobs report, certainly the most significant economic data to come out this month, came in well under analyst expectations with 155,000 new jobs being added in the month of November. Analysts had projected that 200,000 new jobs were added last month. 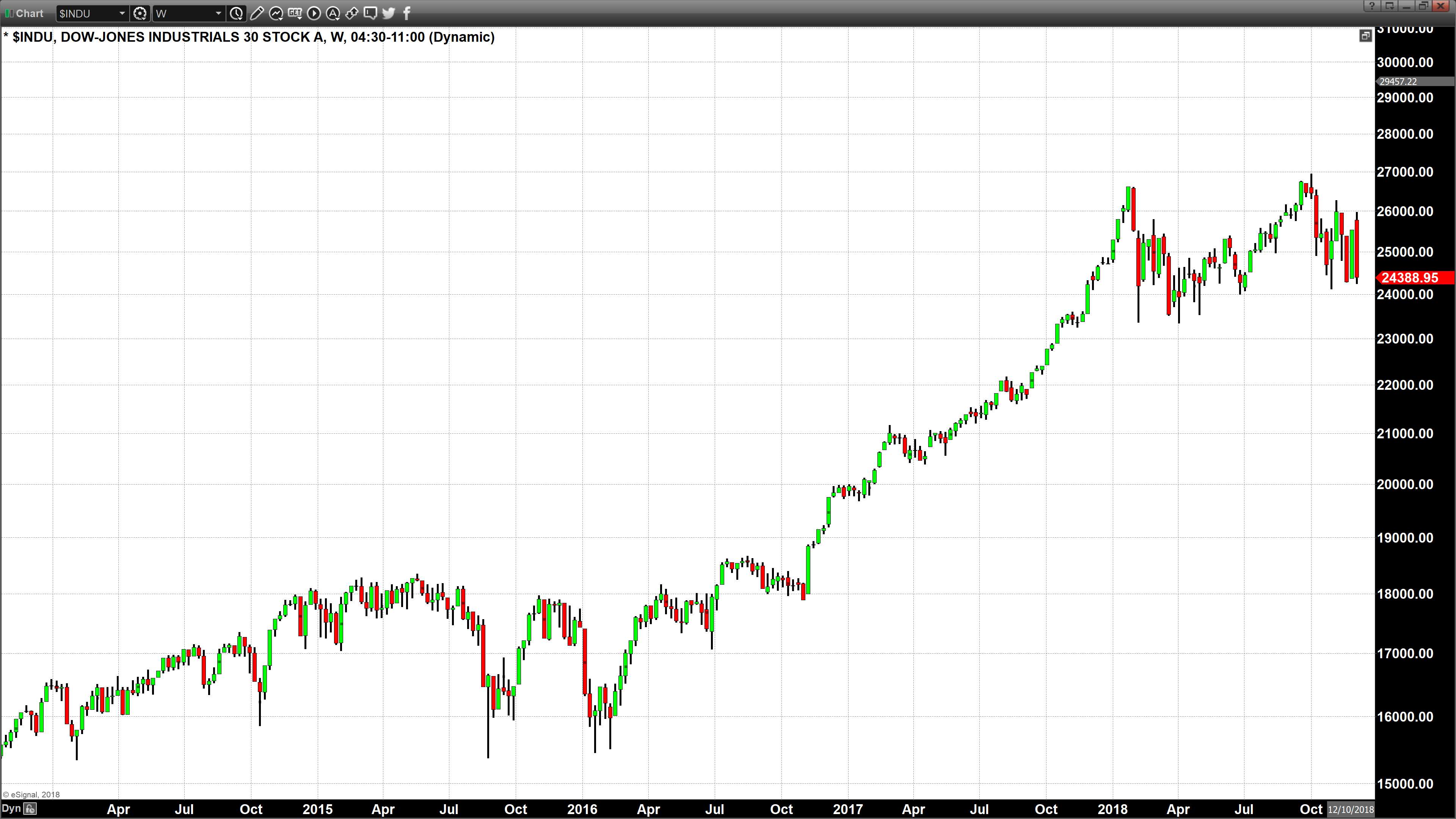 U.S. equities reacted and continued their massive selloff with the Dow Jones Industrial Average trading down 662 points at its low today. Although stocks recovered slightly, the Dow closed off by 559 points today at 24,388. Today marks another deep decline in U.S equities value as they lost another 2.24%, adding to the third straight day of consecutive losses.

After trading to a high near 26,000 at the beginning of this week, the Dow gave up over 1,200 points in a single week of trading.

Market participants continue to focus on genuine concerns over the current trade war between the United States and China and its effect on the global economy at large.

As reported by MarketWatch, “Despite efforts by the Trump administration and its Chinese counterparts to paint an optimistic picture of ongoing negotiations aimed at reducing trade tensions, investors are demanding more evidence that the two sides will avoid the imposition of new and expanded tariffs in 2019, market participants say. Once again, a pair of administration officials gave opposing views about those negotiations in separate television appearances Friday.”

The one-two punch of genuine concern about the trade war and the jobs report which came in well under expectations added fuel to the fire that the Federal Reserve will have to take its foot off the interest rate pedal. Although it is still widely anticipated that the Fed will initiate one last rate hike this month, to be announced at the conclusion of the FOMC meeting, recent data suggests that the Federal Reserve will need to slow down its rate hikes next year. 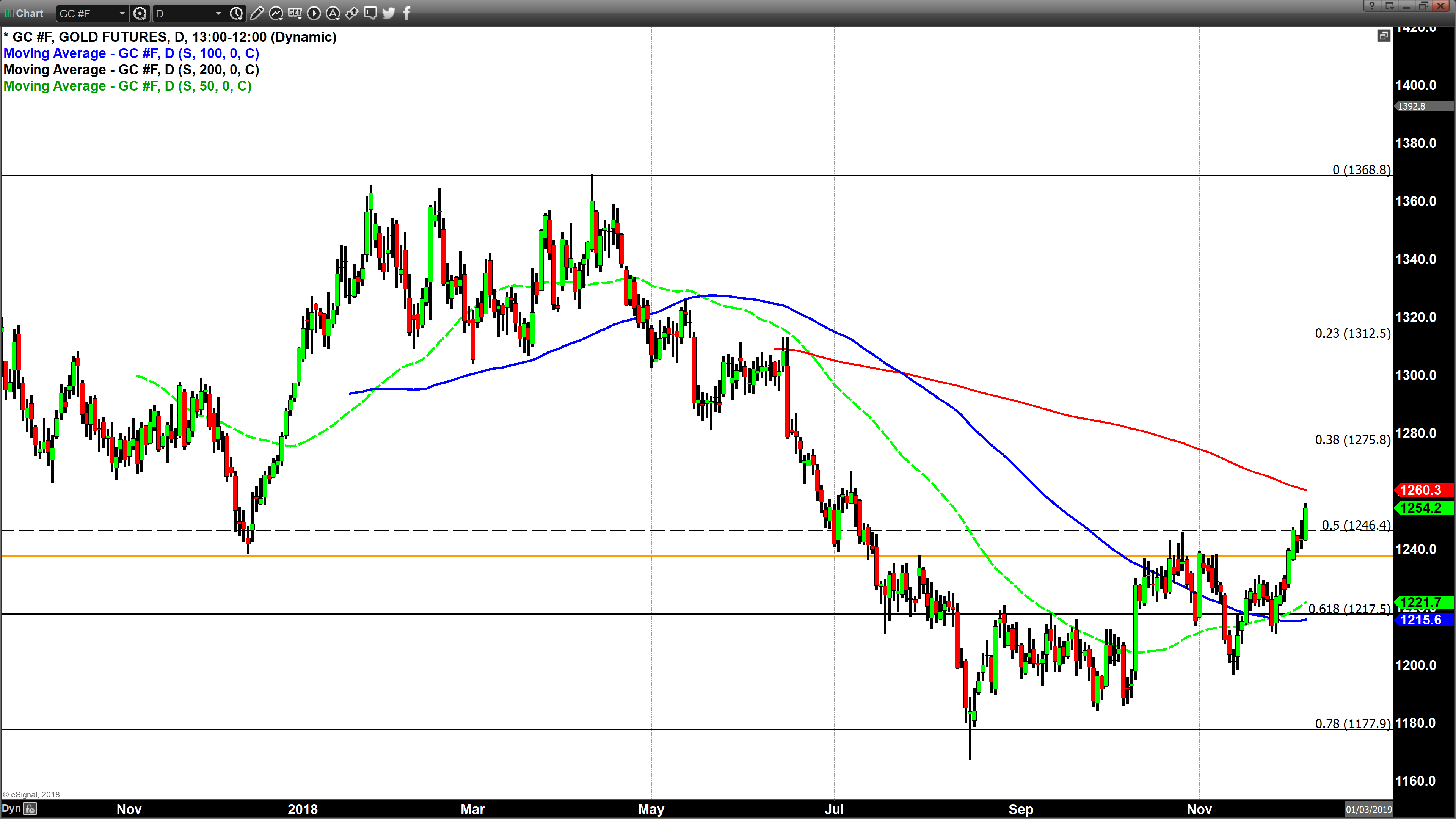 Collectively all of this economic data has had a profound and bullish effect on gold pricing, which is now trading to the highest price level since July. Gold futures basis the most active February contract is currently trading up $10.10 and fixed at $1,253.70. Although today’s higher pricing has had tailwinds provided by a weaker U.S. dollar, the vast majority of today’s gains are based on solid bullish sentiment. Today’s strong gains add to a week of bullish sentiment resulting in gains of approximately $26 per ounce.