In light of an extremely strong U.S. dollar, gold is holding up quite well today. We only need to look at the KGX (Kitco Gold Index) to illustrate that point. As of 5:00 PM Eastern Standard Time, spot gold is currently fixed at $1,243.30, which is a net decline of $4.40 on the day. Today’s decline is 100% the direct result of a strengthening U.S. dollar, which is accounting for a decline of $5.20 per ounce. Normal trading is actually bidding the precious yellow metal higher by $0.80, resulting in today’s decline of $4.40. 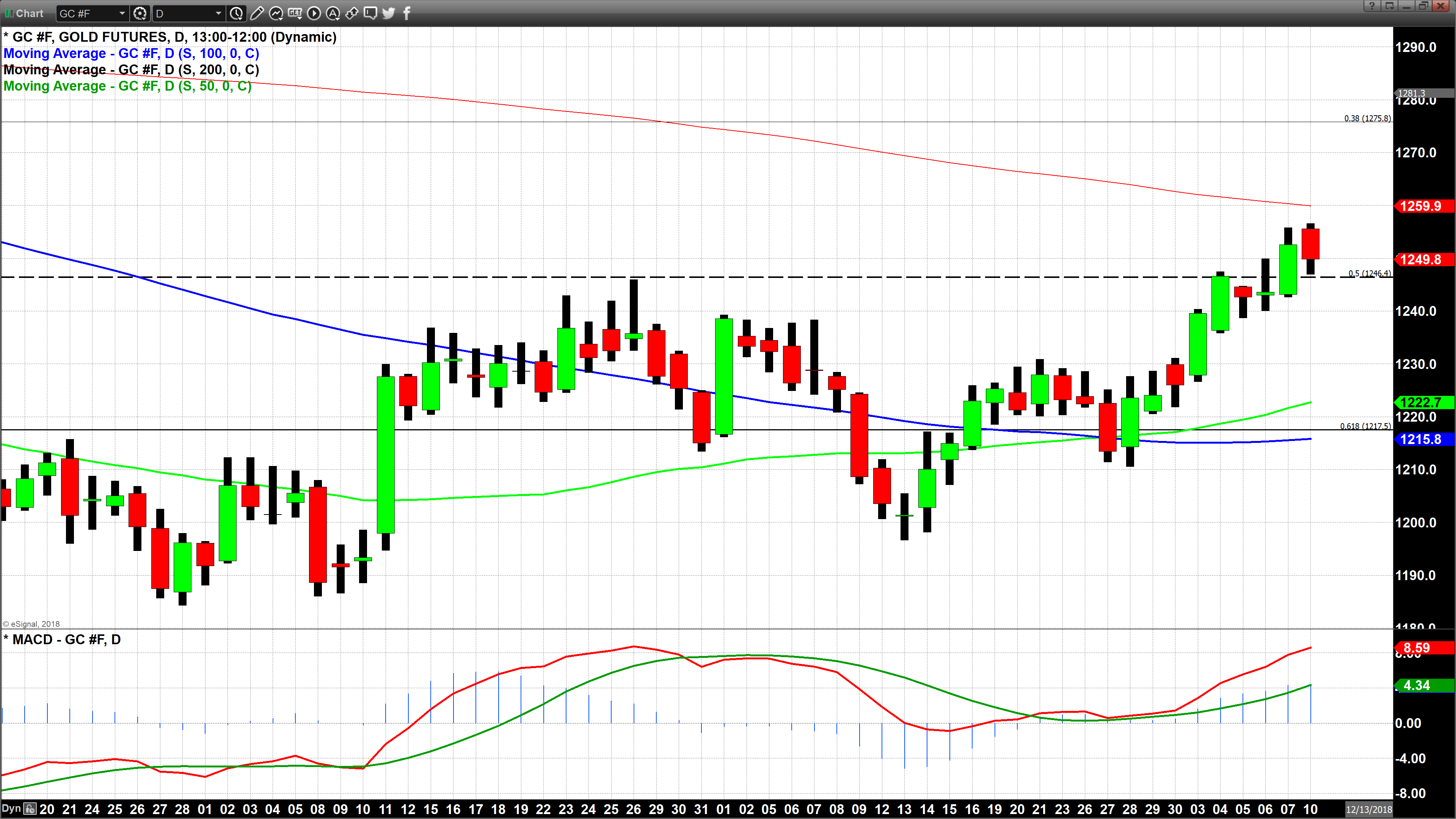 The U.S. dollar is currently trading up 7/10 of a percent, a total of 68 points, and fixed at 97.155. Much of today’s gains have to do with weakness in the British pound as it trades against the U.S. dollar. 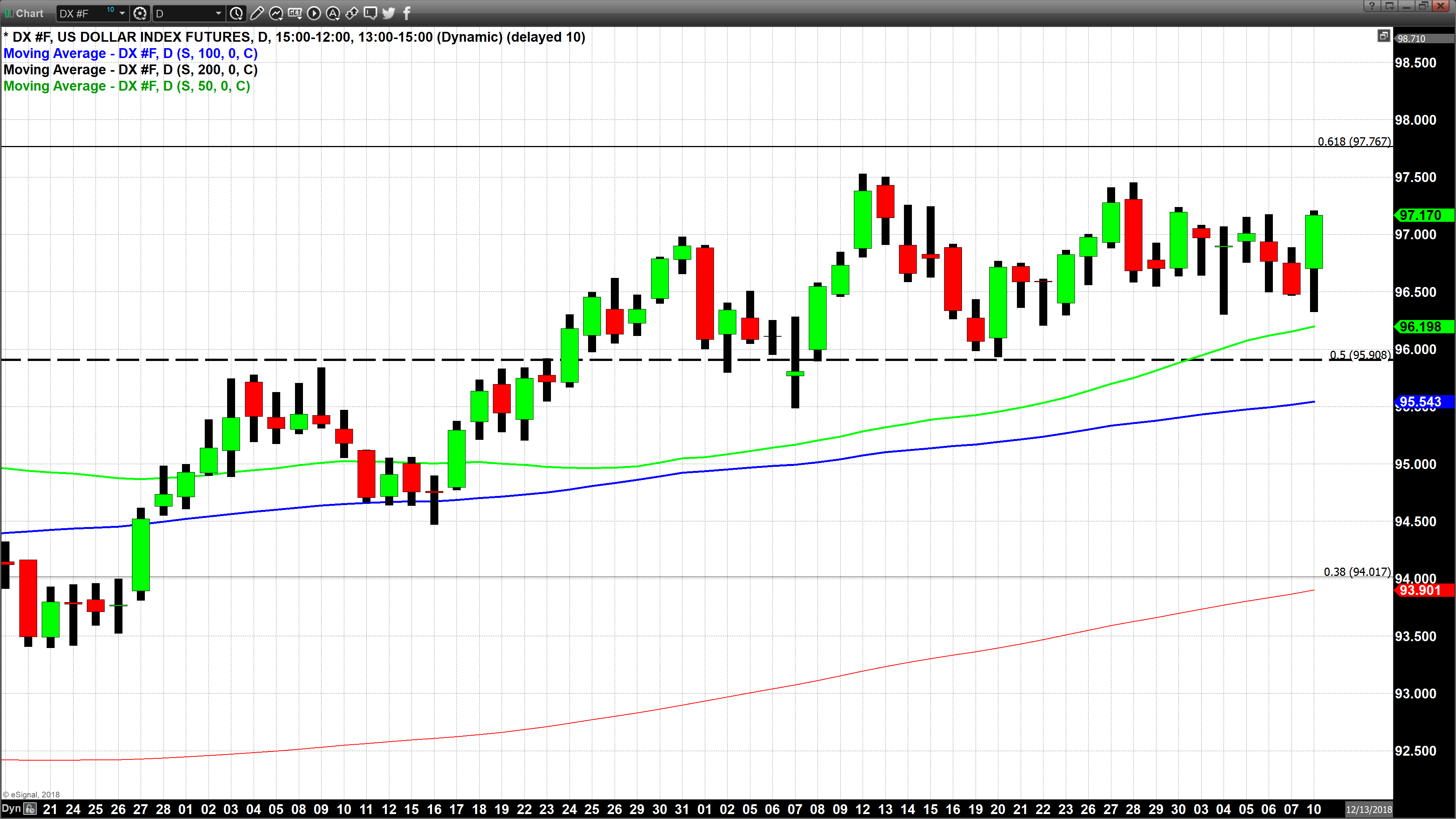 Currently, the British pound is under dramatic pressure, down 1.54% and fixed against the U.S. dollar at 1.256.

After Friday’s tepid jobs report which came in well under economists’ estimates, the probability of an interest rate hike by the Federal Reserve at the conclusion of this month’s FOMC meeting has diminished.

According to the CME’s FedWatch tool, currently there is a 73.2% probability that the Fed will raise rates by a quarter percent one more time this year, which will be announced at the conclusion of the final FOMC meeting for the year. One week ago, the FedWatch tool predicted that there was an 84.4% probability of an interest rate hike this month. 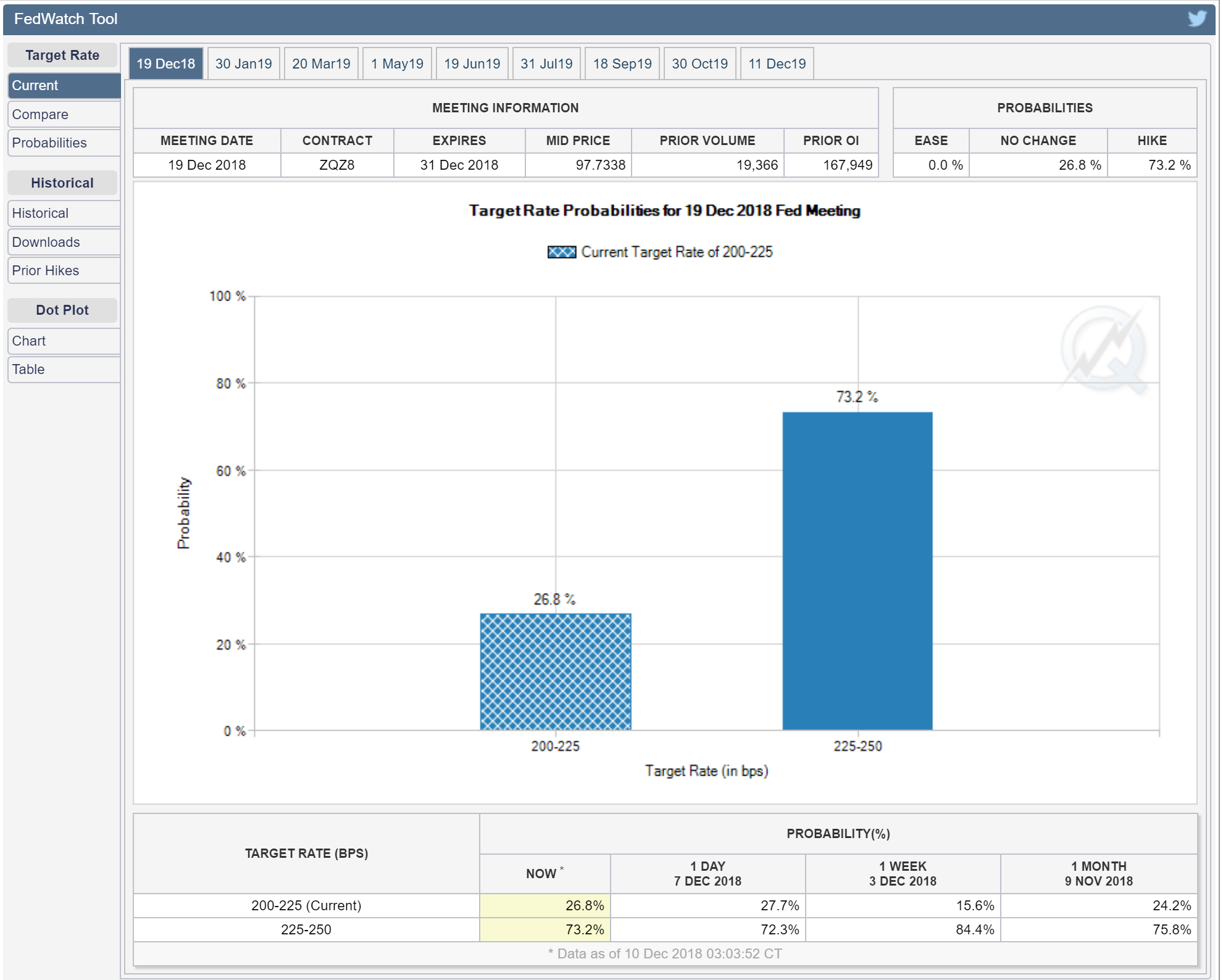 In a report cited by MarketWatch, an analyst at the ICICI Bank said, “Gold “losses were limited on expectations that there might be a pause in the [Federal Reserve interest] rate hike cycles in 2019—sooner than expected.”

This month’s FOMC meeting will take place a week from Wednesday and conclude on the following day, Thursday. Until that time, analysts can only speculate as to whether or not the recent more dovish tone of Fed members will carry over into their actions. If that is the case, there is a much lower probability that the Fed will raise rates this month.

Fed members are also on record as stating that current interest rates are very close to “neutral.” This is the term Federal Reserve members have been using to indicate when current fed funds rates will no longer need to be raised in order to complete their monetary policy of quantitative normalization.