The stage is truly set. We see all the right milestones met and all the necessary preliminary signals checked-off.

Inflation is coming back with a vengeance. When central banks tighten, normally, inflation levels begin rising much faster than what we're currently seeing. For the markets to behave, as they do right now, the Federal Reserve board of governors must be shaking its head, baffled by the reasons for this year's horrific stock market losses around the globe.

Not only that, but after stating on so many occasions that the economy is strong and vibrant, to see oil prices so low and economic activity in China this bad, the central planners have had to drastically change their outlook in the past two months.

From telling us that in a few days, we should expect a rate hike and in 2019, four additional ones, the market is now not pricing in any hikes next year.

Paul Tudor Jones, who is one of Wall-Street's best commodity traders of all-time, right up there with Jim Rogers and Ray Dalio, has assessed that the FED will chicken out because it doesn't want to get all the heat, if the economy in the U.S. slows, due to high borrowing costs. 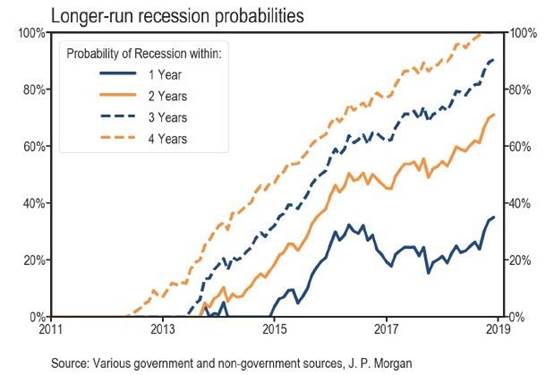 Like JP Morgan, many of the world's billionaires are shaking their head right now, looking at ways to hedge their LONG positions in U.S. equities because the likelihood of a recession has increased substantially, mostly because the tax-cut stimulus isn't enough to generate the growth that President Trump had set expectations for.

Again, in early 2019, I expect the market to plot a chart that resembles a polygraph test given to Bill Clinton, where he is asked about his infidelities.

Stocks are going to be as volatile as it gets. Traders will buy and sell frantically, reminding me of the alertness level of an American soldier, walking the jungles of Vietnam. Any sound could make him go a-wall.

We are familiar with the biggest drops in U.S. history, like the 86% horror show of the Great Depression, or the 55% panic of 1937.

In the 1970s, the last inflationary crisis, stocks went down 48%. Warren Buffett's wealth was cut in half. The Dot.Com bust was another 47% bust, followed by 2008’s meltdown.

These mega-drops happen after a recession is already felt.

Right now, companies are continuing to buy back shares, and interest rates are nearing their peak, so we might even see RATE-CUTS by the second half of 2019; wages are on the rise, so consumer spending is going to fuel the American engine.

There's ABSOLUTELY no need to position in advance of the actual confirming rally for commodities.

The reason is that the junior mining stocks are so battered-up that even if they rally 30%-40% in a few weeks, it's, literally, insignificant in the bigger picture.

There's so much upside. 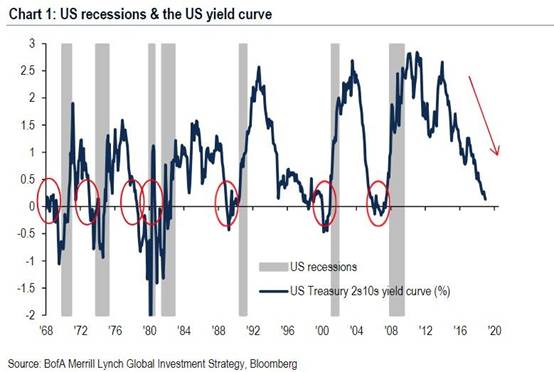 First, we will see yield inversion of the 2-year and 10-year Treasury bond. Then, the economy will roll over into recession. After that, the market will tank badly. That's the chain of events we will likely experience, all in time for the 2020 elections.

For now, the key is to remember that if the market takes another 5%-10% hit, there's a considerable demand underneath, supported by share buybacks, so I'm going to be a buyer.

There's no meeting halfway here. You are either going to buy, just as the media is pounding "end of the world" headlines, or you're going to wait until it's "safe," missing the moments of real bargains.