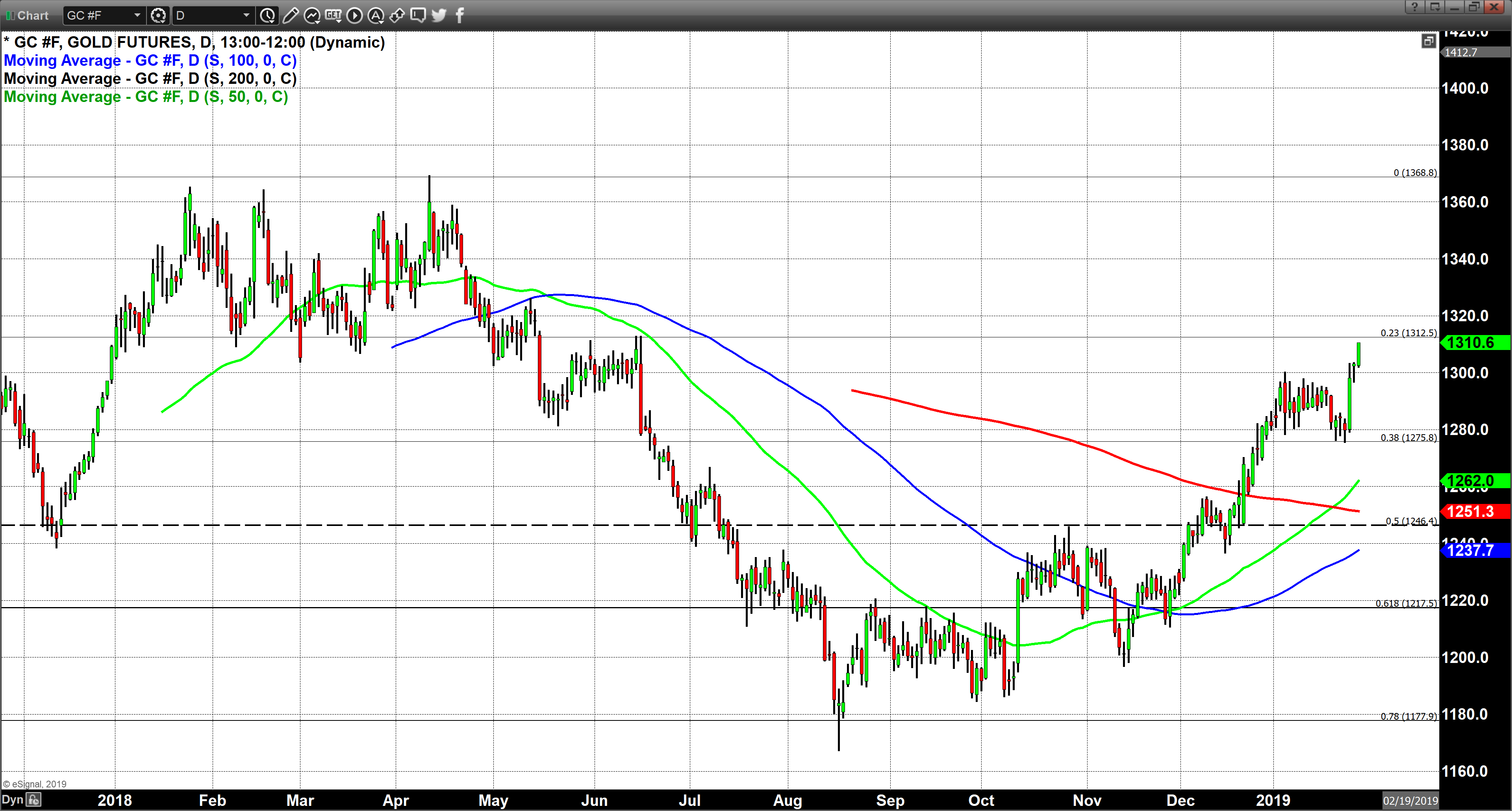 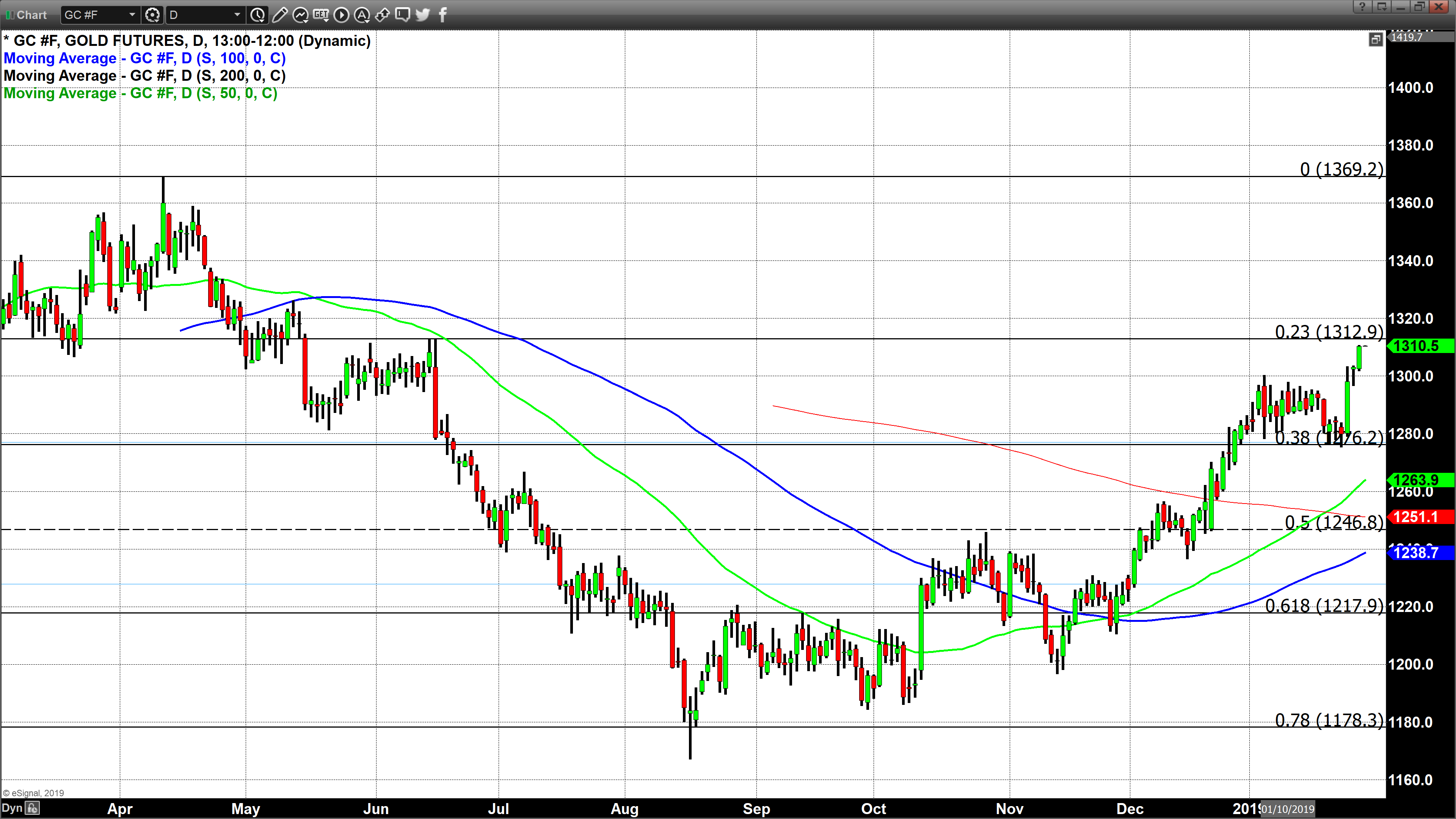 The First Occurrence of A Golden Cross

In fact, it only took until December 18th, 2018 before gold pricing would cross above the 200-day moving average, and it did so when gold prices reached $1259 per ounce. It is this average which market technicians utilize to ascertain whether or not a stock or commodity is in a defined long-term trend or not.

On January 18th we identified a golden cross in the February futures of gold, wherein the shortest-term moving average we use (50-day), crossed above the 200-day moving average.

It Must Be Déjà Vu

One day after the identification of a golden cross (50- and 100-day) in the February contract, a “golden cross” followed in suit. April gold trading at $1230 per ounce at the time of the “golden cross”.

Roughly 11 days after the occurrence of a golden cross in between the 50- and 200-day moving averages April gold followed suit. On January 29 the pattern developed once again.

Although it is a well-known fact that moving averages are intrinsically lagging indicators. They are widely used as benchmarks to determine whether or not a stock or commodity is trading in a defined trend.