Traders and market participants waited with bated breath for the release of this month's FOMC statement following the conclusion of the Federal Open Market Committee Meeting today. The anticipation was not alleviated until the end of the press conference which started half an hour after the FOMC meeting ended and the Fed statement was released.

It was widely anticipated that the U.S. central bank would leave interest rates alone and stick with a continued dovish stance which began at the conclusion of January’s meeting. However, market participants were greeted with an unexpected level of dovish statements, far beyond the expectations of analysts.

In fact, the Federal Reserve presented one of the greatest pivots in some time when compared to the tone of the statement released in December of last year.

One of the most unexpected changes to the Fed’s current monetary policy is their updated dot plot. The Federal Reserve announced that there would be no rate hikes this year, and only one rate hike in 2020. The statement underscored the continuation of their mandate of patience in regard to upcoming rate hikes.

The statement also revealed that it intentioned to have rates stay below neutral throughout 2021. This was partially based on data suggesting a lower GDP forecast for 2019 and 2020. During Chairman Jerome Powell’s press conference, he reiterated the major points that were put forth in this month’s monetary policy statement. He also maintained that our economy is strong.

He noted that the data indicated that growth had slowed down in both China and Europe. He mentioned that Brexit and the current trade talks between the United States and China continue to add market risk to their outlook. 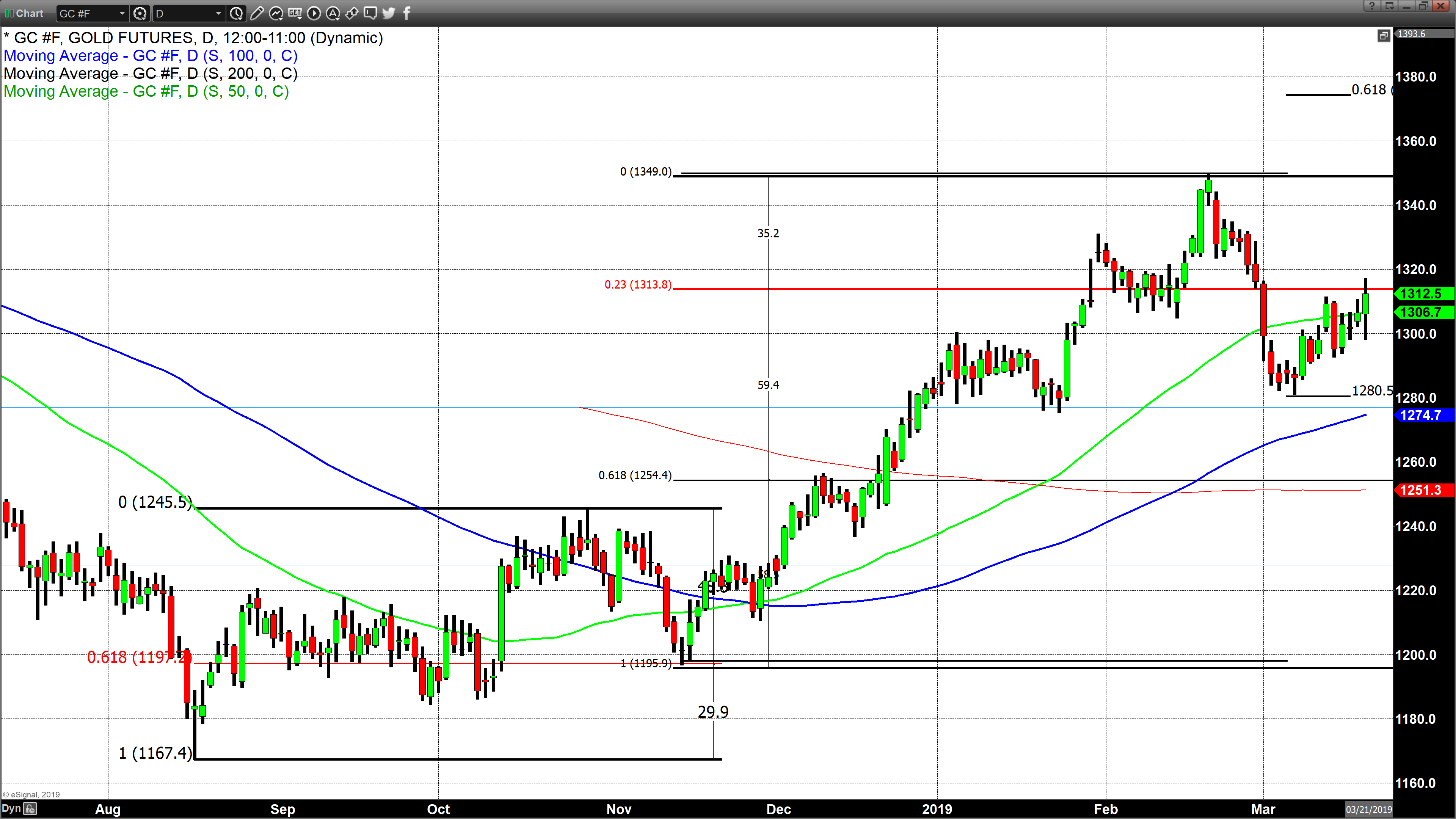 These statements resulted in a tremendous spike in gold pricing which was primarily caused by extreme weakness in the U.S. dollar. Gold futures basis the most active April contract is currently trading up $7.80 (+0.60%) and fixed at $1314.30. However, dollar weakness is the major contributor to higher gold prices. Currently, the dollar index is off by .44% and fixed at 95.42. 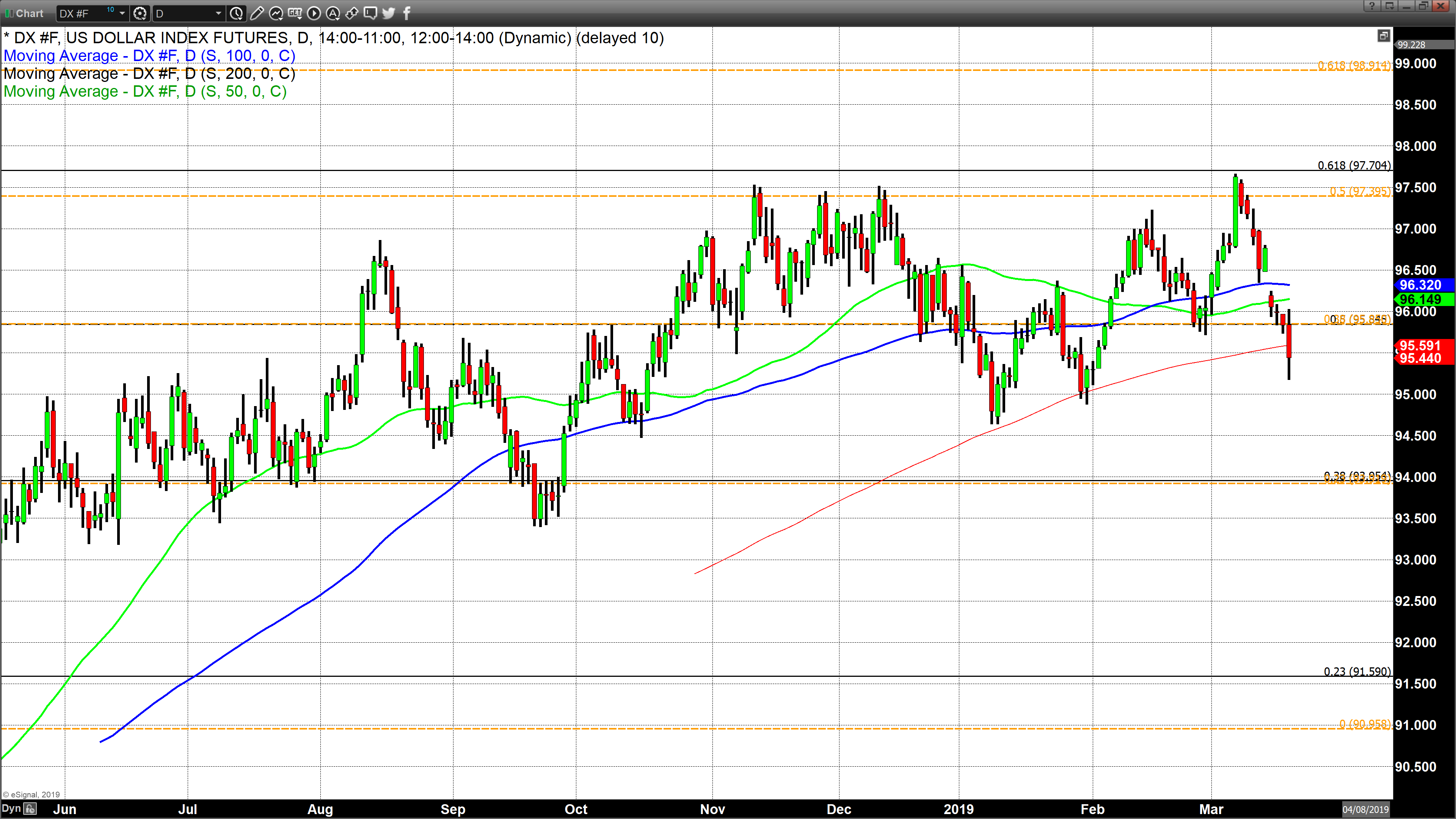 On a technical basis the U.S. dollar index basis the I.C.E broke through a critical level of support at the .50% Fibonacci retracement level. In turn leading Gold to breaking above a major resistance level at $1312, basis the April contract.