According to Forbes, beginning in 2010 the major central banks around the world began to become net purchasers of gold, rather than sellers of gold. According to their data in 2017 official sector activity rose 36% to 366 tons. Although the top 10 central banks with the largest gold reserves have remained mostly unchanged over the last few years.

The United States continues to hold the number one spot with over 8,000 tons in its gold vaults. This is equal to the next three countries gold reserves combined.

However, over the last eight years a trend has developed in which some of the major players have been slowly and quietly accumulating massive amounts of the precious yellow metal.

As reported by Forbes magazine, “ For six consecutive years the Russian Central Bank has been the largest purchaser of gold, increasing its holdings by 224 tonnes in 2017 and overtaking China to hold the fifth spot, according to the 2018 GFMS Gold Survey.” 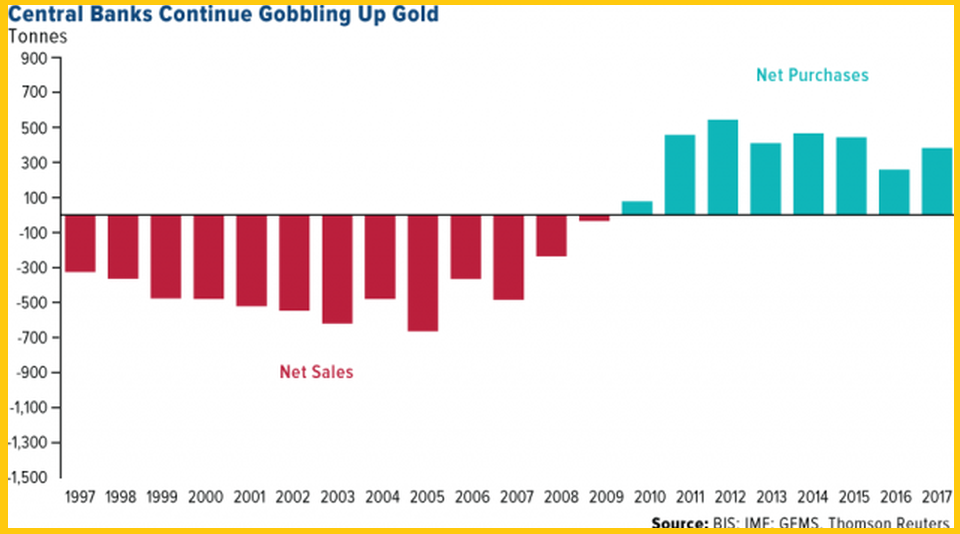 This article quoted Ronald- Peter Stoeferle who stated, “Russia’s demand for gold is part of the whole de-dollarization story that continues to get stronger and stronger. Central banks gold demand is clearly a trend that is gaining momentum.”

Then there is China. It seems that 2018 was an incredible year for their central bank gold accumulation, which to continue to this day. In fact, China added 11.8 tonnes to its reserves in January.

As reported by Kitco News on February 12th, “The latest reserve data from the People’s Bank of China shows its gold holdings increased by 11.8 tonnes to 1,864 tonnes as of the end of January. The newest increase follows December purchase of just under 10 tonnes of gold, the first time the central bank increased its reserves since October 2016.”

According to the World Gold Council central banks continue to buy gold even after last year’s unprecedented accumulation. In 2018 central banks combined 651.5 tonnes of gold to their holdings.

Even India has entered into this buying frenzy. Today ET Markets News reported that “The Reserve Bank of India (RBI) has bought gold for the first time in nearly a decade, signaling that the metal could be in demand as a store of value when returns and capital values of fixed-income bonds are declining in a rising rate environment. The RBI added 8.46 metric tonnes of gold to its stock of holdings during the financial year 2017-18 …” Taking the level of gold reserves to 566.23 metric tonnes, according to its latest annual report.

Also, it was reported that a number of new buyers have entered the fray, this according to Alan Sykora, a reporter from Kitco news, “This includes Poland and Hungary, the first European Union nations to buy gold since the start of the century, said Junlu Liang, senior analyst with the consultancy Metals Focus. In the case of Hungary, the central bank not only bought its first gold in 32 years, but also increased total holdings by 10-fold”.

The individuals that run the central banks globally are undoubtedly composed of some of the most brilliant financial minds in the world. The fact so many central banks have pivoted from that of net sellers to net buyers since 2010 is not only impressive, but indicates that they believe that gold is an essential and critical asset that should be accumulated. What do they know that the investing public does not?

It also speaks to the basic supply and demand scenario in which large purchases by central banks will certainly support current gold pricing and add bullish pressure.

If the smartest minds in the world are facilitating net accumulators of gold, the individual investor should certainly feel comfortable moving more of their assets into gold holdings. There is an old adage that you buy when the big boys buy, and sell when the big boys sell. If this adage holds any weight we could be looking for gold pricing to continue to rise in value. 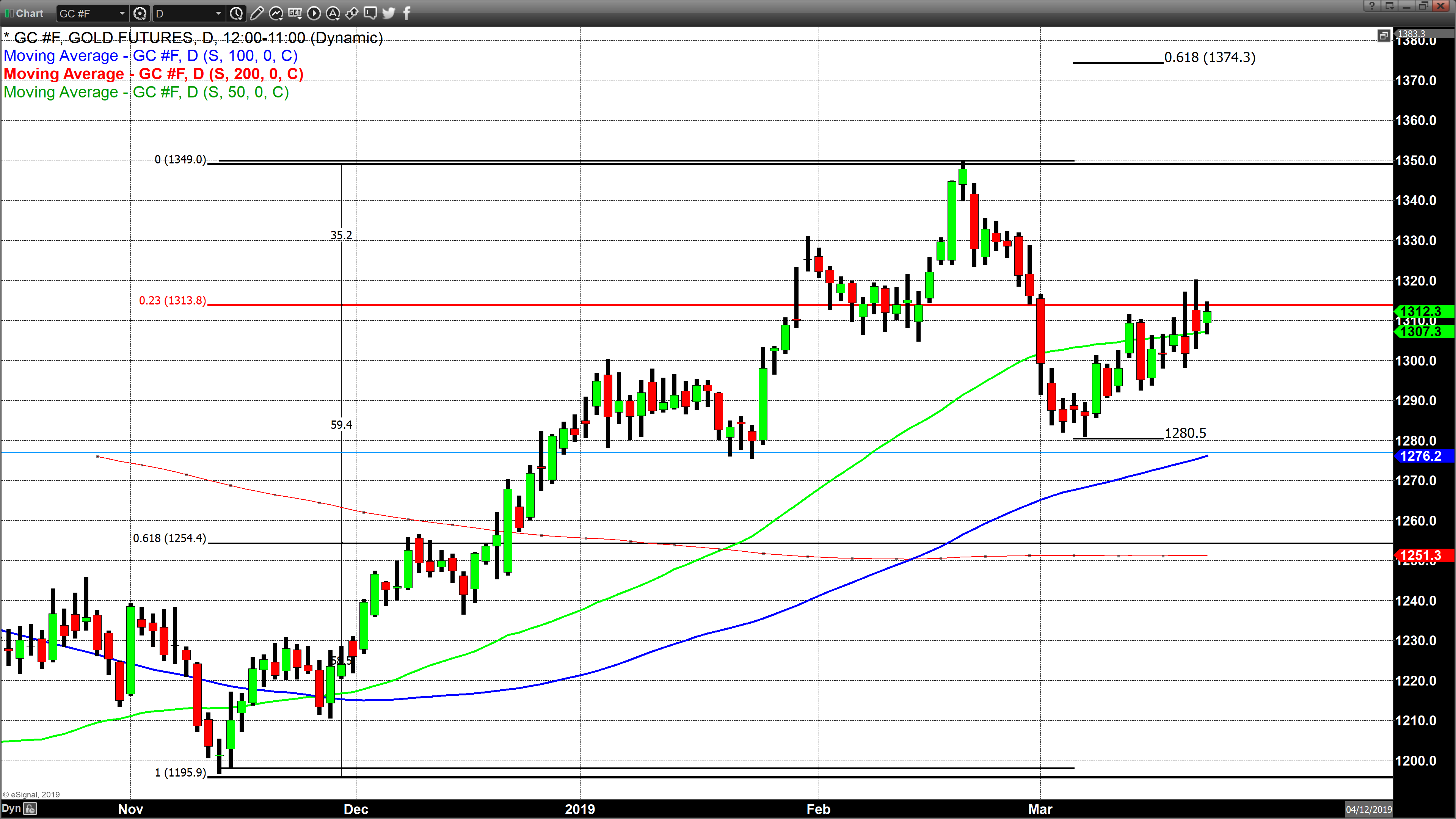