Gold pricing continues its decent that began on Thursday with the most active June Comex contract trading as low as $1275.50 in overseas trading last night, and as of 3:00 Eastern standard time is fixed at $1279.30. Losing almost a full percentage point on the day. 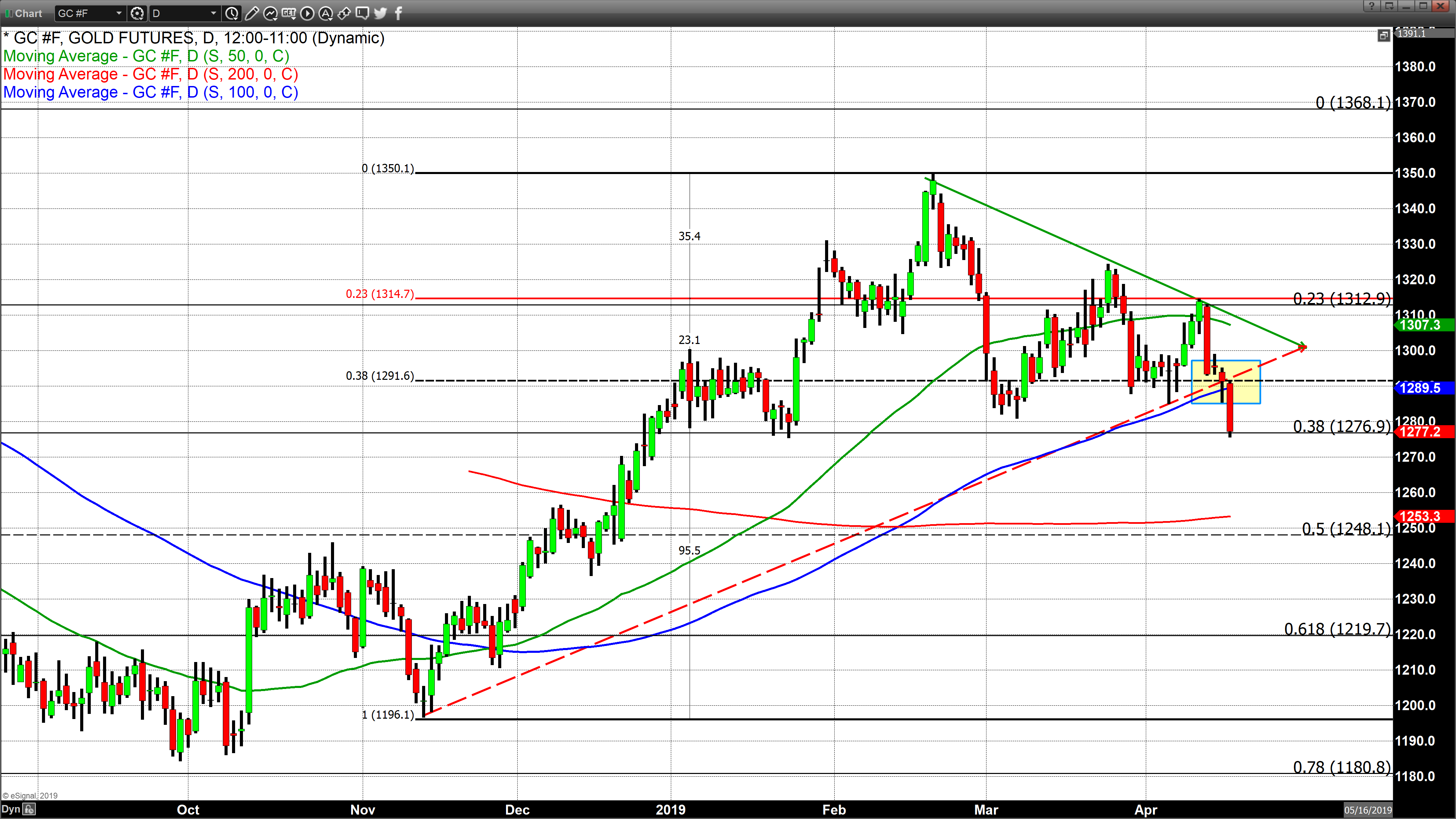 Unlike last Thursday’s dramatic sell off of approximately $20, today’s move may have not been exaggerated and seems to have fundamental and technical merit behind it.

On January 3rd, 2019 CCN reported that This year’s sale of gold reserves that back the Bolivar currency began with a shipment on Jan. 26th of 3 tons and follows the export last year of $900 million of mostly unrefined gold to Turkey.

On February 1st, 2019 the New York Post reported that Venezuela’s president Nicolás Maduro was preparing to sell a large portion of his country’s gold reserves for cash in a desperate attempt to keep his failing regime solvent.

CCN also reported that gold had disappeared while Venezuela’s central bank head was abroad. The precious metal is believed to have disappeared between February 20th and 22nd, while the central bank chief Calixto Sanchez was out of the country.

According to this report, “Fifteen tons of high-quality gold were to be sold to the United Arab Emirates in coming days in return for euros as part of a deal to sell a total of 29 tons to the UAE, a senior official in Caracas told Reuters.”

Add to this the recent sale of $400 million dollars in gold according to yesterday’s report by Bloomberg’s Patricia Laya, “The amount, which would equal almost 9 tons, was reflected by a drop in the bank’s total reserves, which fell to $8.6 billion on April 12, according to data provided by the central bank. About $5.1 billion of that is gold.”

Many analysts have cited these aggressive liquidations by Venezuela as a major bearish undertone weighing on gold pricing this year.

When you factor in the current bullish market sentiment for U.S. equities, as well as the fact that recently the Federal Reserve’s more accommodative monetary policy has moved yields of the 10-year treasury note higher, collectively these fundamental events have dampened any real sustained upside move in gold.

However, there are still some geopolitical concerns that have been supportive of gold pricing. First there is still concern about a lack of resolution in the trade dispute between the United States and China, and second the uncertainty surrounding the United Kingdom’s exit from European Union (Brexit) remains.

That being said there is no doubt that recent action by Venezuela has dampened the upside potential of gold pricing.