Silver's Day Is Coming - And You Won't Want to Miss It

Silver bulls like to point out that silver prices are historically out of whack. As of last night’s close, you could buy 85.3 ounces of silver with one ounce of gold. Until recent years, the gold-silver ratio was in the range of 50–60:1, making silver look cheap and oversold.

Adding insult to injury, the naturally occurring ratio in the earth’s crust is said to be 17–19 ounces of silver for every ounce of gold. Romans used a ratio of 12:1. US law originally set the ratio in US coinage at 15:1. Interestingly enough, the latest gold and silver global reserve figures I could find clocked in at about 19:1.

Armed with these numbers, many silver bulls argue that silver prices must rise. Their current oversold state is simply unnatural, and it can’t last.

The data tell us otherwise… 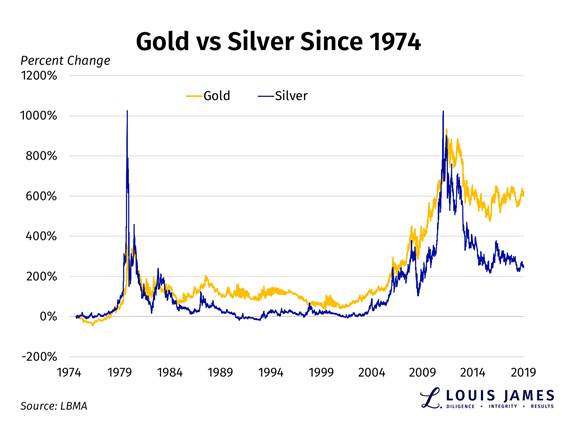 Several things stand out for me on this chart:

This last point is particularly interesting, given that there are more and more industrial uses of silver every year. We know, for example, that even with reduced subsidies, solar cell production continues growing, and it uses a lot of silver. Despite this, silver prices are down—and there’s nothing on the chart that tells us this is about to change.

Why? What’s “wrong” with silver?

Silver is a precious metal traded by investors, but it’s also an industrial commodity consumed by many businesses. In a decelerating global economy, it makes sense for silver prices to lag increasingly below gold’s.

It’s also important to remember that silver is produced largely as a byproduct of copper, lead, and zinc mines. The prices of all those metals are doing relatively well, which tends to boost the supply of silver whether or not there’s enough demand for it. Zinc in particular has done well over the last five years. It’s on a tear again this quarter.

I also think that the advent of digital gold, gold pools, gold ETFs, and other products have changed the game between gold and silver. People who in the past didn’t have enough money to buy an ounce of gold—or even a tenth of an ounce of gold—need no longer turn to silver as a cheaper alternative. This makes industrial supply and demand factors more important than ever to the price of silver.

Does this mean we should give up on silver?

For one thing, if China’s economy really is rebounding, industrial demand for silver could easily boost silver prices this year. This could even happen if gold remains flat.

And despite industrial demand being more important than ever for silver, silver remains linked to gold, and remains much more volatile than gold.

Just look at the 1980 and 2010 spikes in the price of silver: gold leapt, but silver went stunningly vertical.

This will happen again—and we may not get much warning.

I can’t say when silver’s day will come, but I can say I don’t want to miss it when it does. That’s why I’m researching great silver plays while prices are down.