With the exception of palladium, the entire precious metals complex closed lower in trading today. Gold, silver and platinum all sustained losses today with silver prices experiencing the greatest percentage drawdown. Silver futures sustained a 1.2% price decline, with the most active futures contract giving up $0.18, and silver closing at $14.795 per ounce. 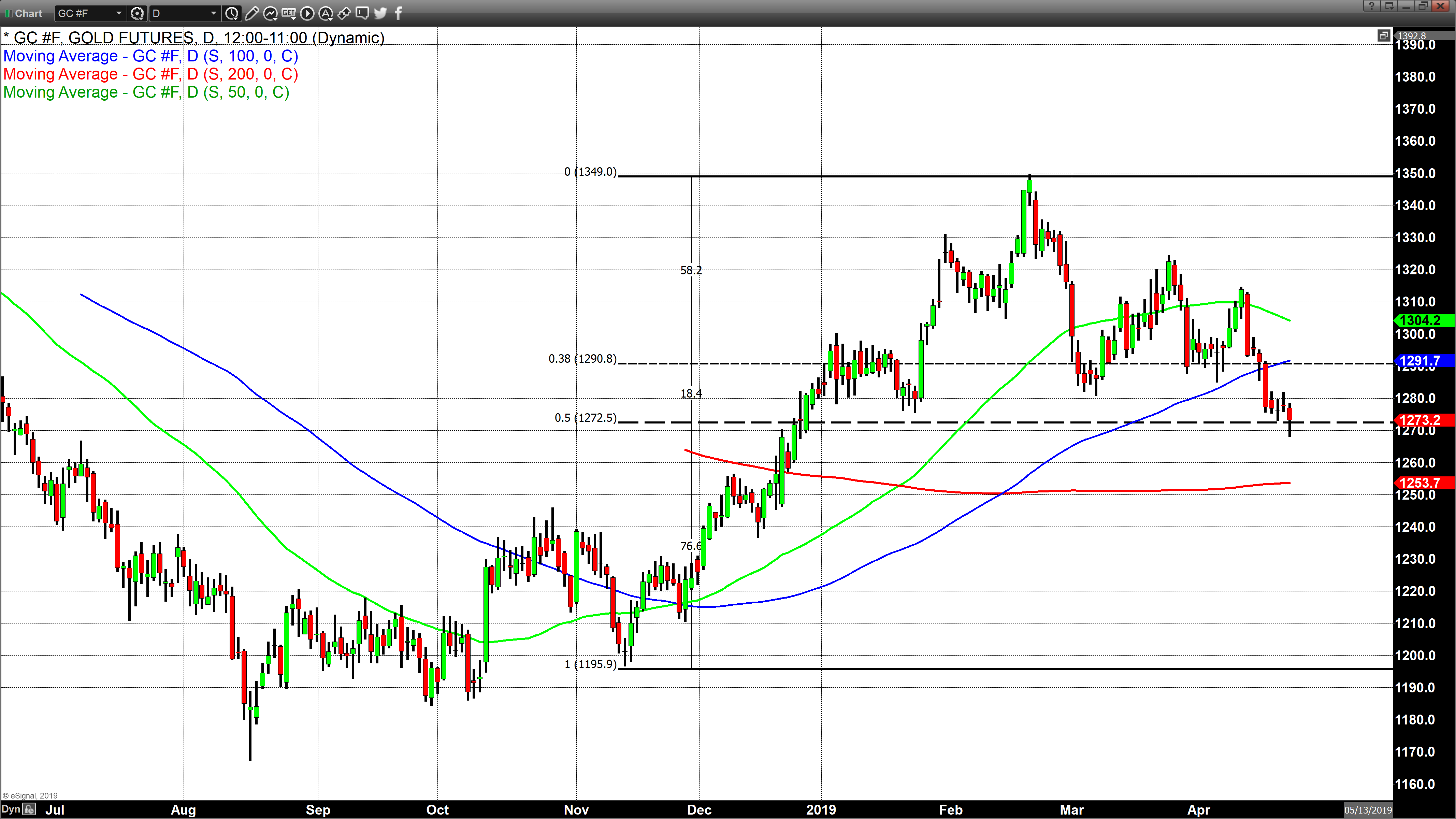 Platinum scored the second largest daily drawdown today giving up .91%, and after factoring in today’s drawdown of $8.20 closed at $894 below the century mark of $900 per ounce. Gold pricing declined today. In terms of a percentage drawdown sustaining the smallest decline, and after subtracting the loss of .26% ($3.30) closed at $1274.40. That being said, today’s decline in gold puts current pricing at its lowest value for the year.

Palladium was the only precious metal to see an upsurge in pricing today. In fact, the precious white metal added .58% in trading today. And after factoring in today’s price increase of $7.90 settled at $1377.70. 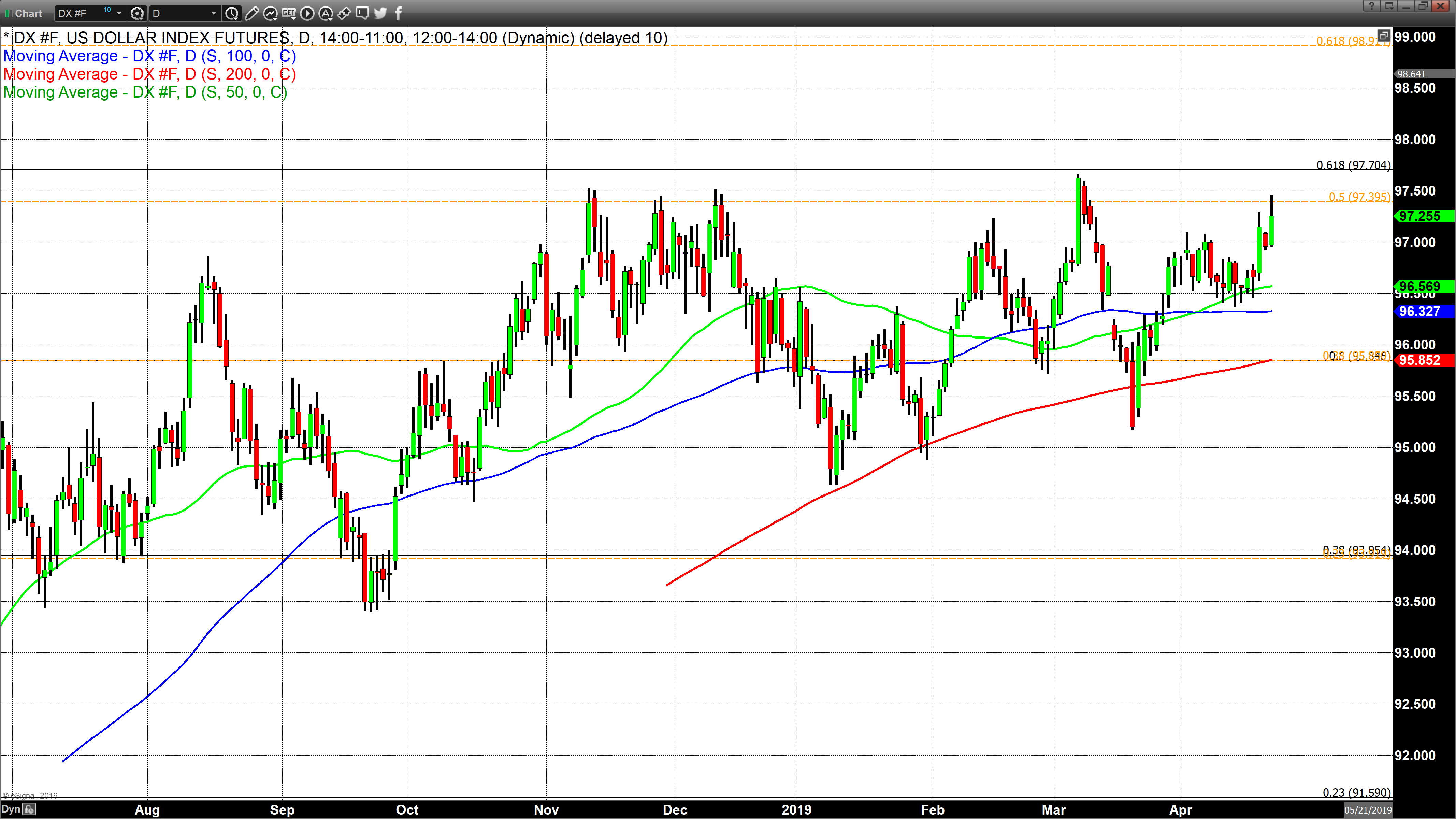 Today’s price declines in gold, silver and platinum were the direct result of two components. The first component was dollar strength. The U.S. dollar index gained .32% in trading and after factoring in an increase of 31 points is presently fixed at 97.265. The second component was the incredibly strong risk on market sentiment which resulted in both the NASDAQ composite and the S&P 500 closing at record highs. The Standard & Poor’s 500 gained 25.71 points (+0.88%) and concluded the session at 2933.68. This new record high beat the former record high close which occurred on September 20th of last year when the S&P 500 closed at the previous all-time high of 2930.

The NASDAQ composite gained 1.3% and after factoring in today’s gain of 104.50 points closed at 8120.82. This surpasses the former record high daily close of the NASDAQ composite which occurred on August 31st, 2018 when this tech heavy index reached 8109. This prior record sits roughly 10 points below today’s close. 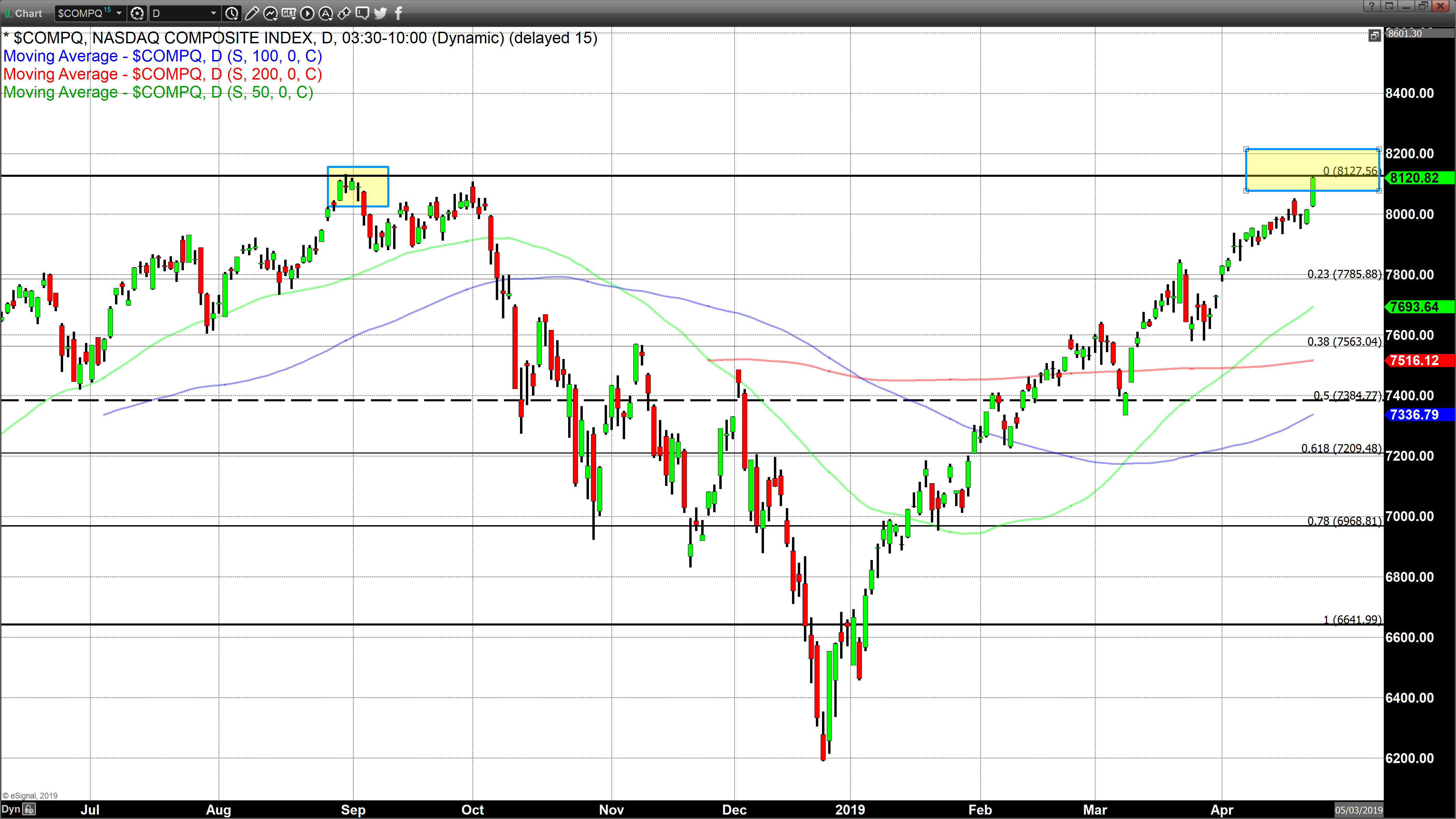 Today’s intraday low in gold futures certainly challenged the critical level of support that occurs at $1273.10. However, it was not bearish market sentiment which took gold prices lower today, but rather dollar strength. Gold futures lost .30% while the dollar index gained .32%. Which means that today’s lower pricing is entirely a result of dollar strength rather than selling pressure. The same can be seen in spot gold which gave up $2.50 in trading. According to the KGX (Kitco Gold Index) physical gold prices are currently fixed at $1271.90 with a decline of $3.95 resulting from dollar strength and added value of $1.45 as a direct result of traders bidding the precious yellow metal higher mediating today’s price decline.

On a technical basis today’s close is only fractionally above the critical support level of $1273.10, a Fibonacci-based retracement of 50%. However, today’s intraday low of $1267.90 certainly broke well below that support level. Resistance is currently at $1276.40 with major resistance occurring at $1291.60. If gold prices continue to trade under pressure and close substantially below are defined support level the next major level of support does not occur until $1247.30 per ounce.

Wishing you, as always, good trading