Gold Still Trading in a Tight Range During Equity Weakness 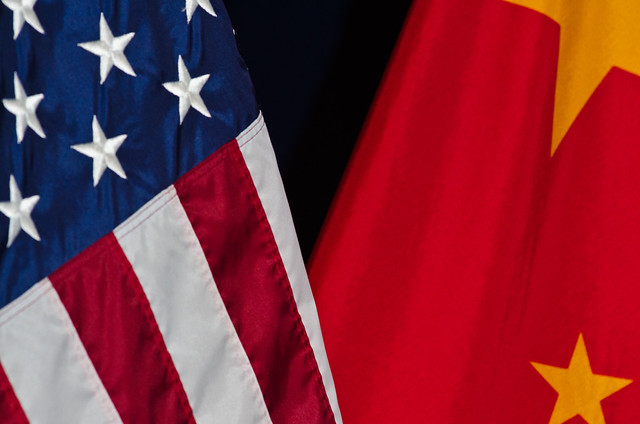 (Kitco News) - Measures of volatility across global asset classes are rising thanks to surprising developments along the US-China trade war front and the sudden implications for global growth. Equities, bonds, commodities, and currencies have seen volatility increase dramatically this week. Amid this increased volatility, precious metals investors may soon be forced to decide on whether gold prices will retain or lose their uptrend from the August 2018 lows.

Gold prices have been trading sideways for the past few weeks, but the slumber may soon be coming to an end. The price of June Gold futures remains in a tight range between $1270 and $1290, as markets are awaiting the outcome of the two-day negotiations between China and the United States later today.

U.S. President Donald Trump issued a threat via Twitter that he would hike tariffs on $200 billion worth of Chinese goods to 25% from 10%, which he did on Wednesday. He also threatened more to come "shortly." Beijing has promised to respond "in kind" and consumers around the world should expect to pay more for goods the longer the ongoing trade war lasts. All of which is making for an unpredictable negotiation and trade fears have triggered a global sell-off in equities with inflamed concerns of a slowdown in global growth.

The Gold/Silver ratio continues to climb near its all-time high above 90, which happened briefly during the heat of the financial crises of 2008. Since the 1970s, the average level for the relationship between silver and gold has been at the 55:1 level. Historically, once this closely watched statistic has fallen below 80, another up-leg begins in the gold complex. This occurred briefly in 2016, fueling a six-month 180% gain in the mining complex. Although technical metrics are telling us that a rally in the silver futures market is overdue, the price action and trend remains bearish.

Meanwhile, the GDX has been struggling to close back above its 200-day moving average, selling off after back-testing its 200-week moving average and possibly forming another daily bear flag. With the latter being a more closely followed line of support during the consolidation of the aforementioned 180% move beginning in mid-2016, we are already beginning to see capitulation selling coming into many of the juniors.

With the backbone of the entire rally in the gold complex over the past nine-months coming into question recently, both the GDX and the lagging silver price continue to suggest the next big move may be to the downside. To this end, the near-term gold price forecast remains neutral for the time being and caution is still advised. It is typically best to take a contrarian view to crowd sentiment and the fact gold futures traders are now back to being net-long suggests spot gold prices may continue to fall towards the next support level at $1240-$1250.

Cashed up, long-term contrarian speculators in the mining complex should be considering “stink bids” in their favorite micro-cap juniors. The low physical demand season heading into the June/July timeframe usually provides very good entry points in junior resource stocks and quite a few are already doing so.

If you require assistance in choosing the best quality juniors to invest, please stop by my website and check out the subscription service at http://juniorminerjunky.com/