Trump Tariffs And Retaliation By The Chinese Take Gold Higher

On Thursday and Friday of last week trade representatives from both the United States and China began and ended negotiations dismally without accomplishing any progress. If anything, the relationship regarding trade between these two superpowers worsened. Add to that fact that on midnight of last Friday Trump made good on his threat and raised tariffs on $200 billion worth of Chinese imports from 10% to 25%. This action led to an announcement by the Chinese that they would retaliate.

Today China’s finance ministry announced plans to set import tariffs from 5% to 25% on 5,140 products produced in the United States, which would revise their tariffs on imports from the United States to $60 billion. They also set a date June 1st, for the initiation of these tariffs.

As reported by Reuters, “China said on Monday it would impose higher tariffs on a range of U.S. goods including frozen vegetables and liquefied natural gas, striking back in its trade war with Washington after U.S. President Donald Trump warned it not to.”

“China’s adjustment on additional tariffs is a response to U.S. unilateralism and protectionism,” the ministry said. “China hopes the U.S. will get back to the right track of bilateral trade and economic consultations and meet with China halfway.”

The net result of these events can be seen in a dramatically lower U.S. equities markets and substantially higher prices for gold. 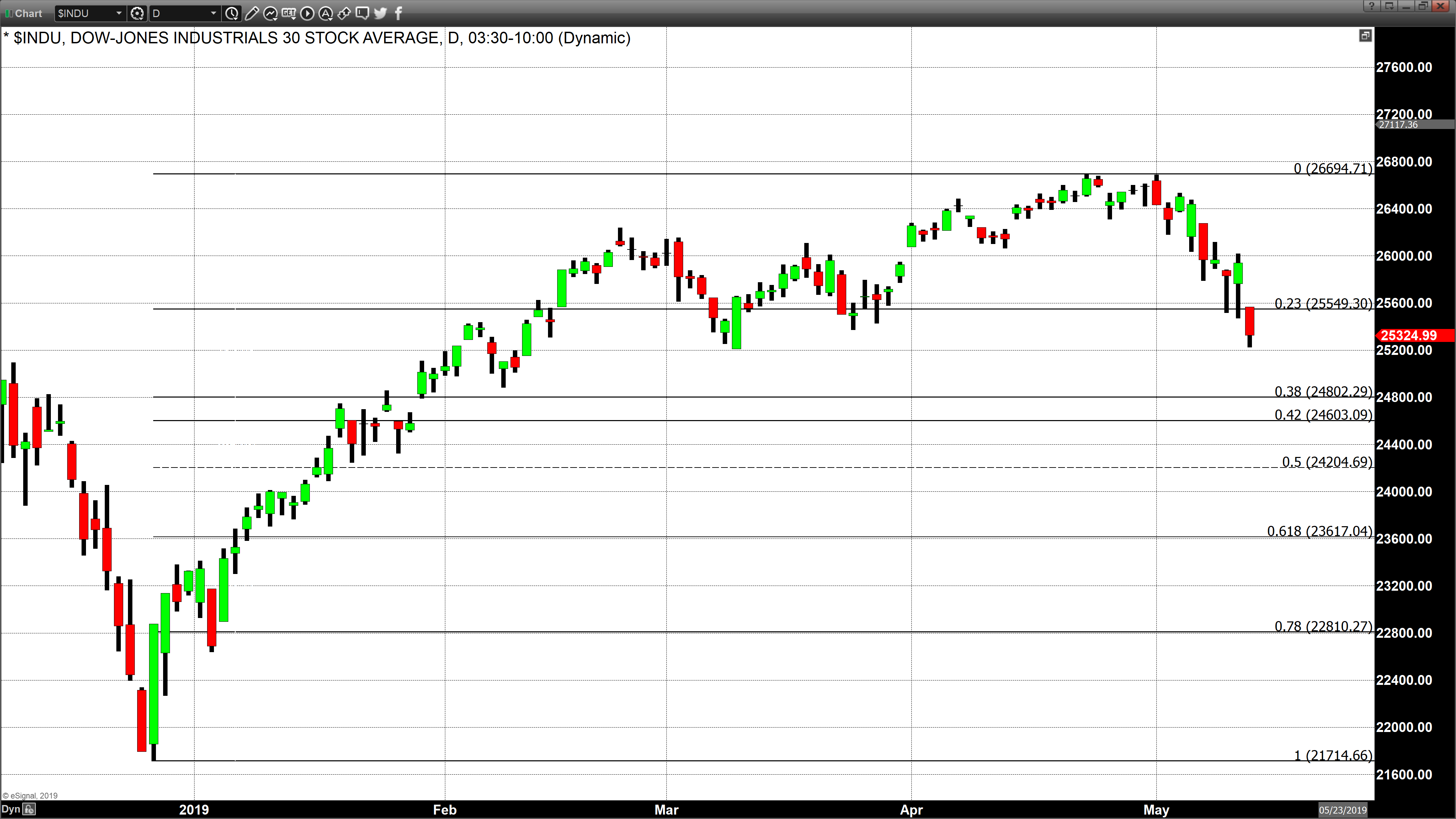 As far as the precious metals complex are concerned, with the exception of gold, silver palladium and platinum all closed lower on the day with palladium giving up 2.62%, a loss of $35.60. Gold, however, bucked that trend as it reacted as a safe haven asset and gained 1%, a total of $12.90 and is currently fixed at $1300.40 an ounce. The fact that gold closed just under two dollars from the intraday high of $1302.20 is significant and indicates a very strong probability that gold will trade higher this week. 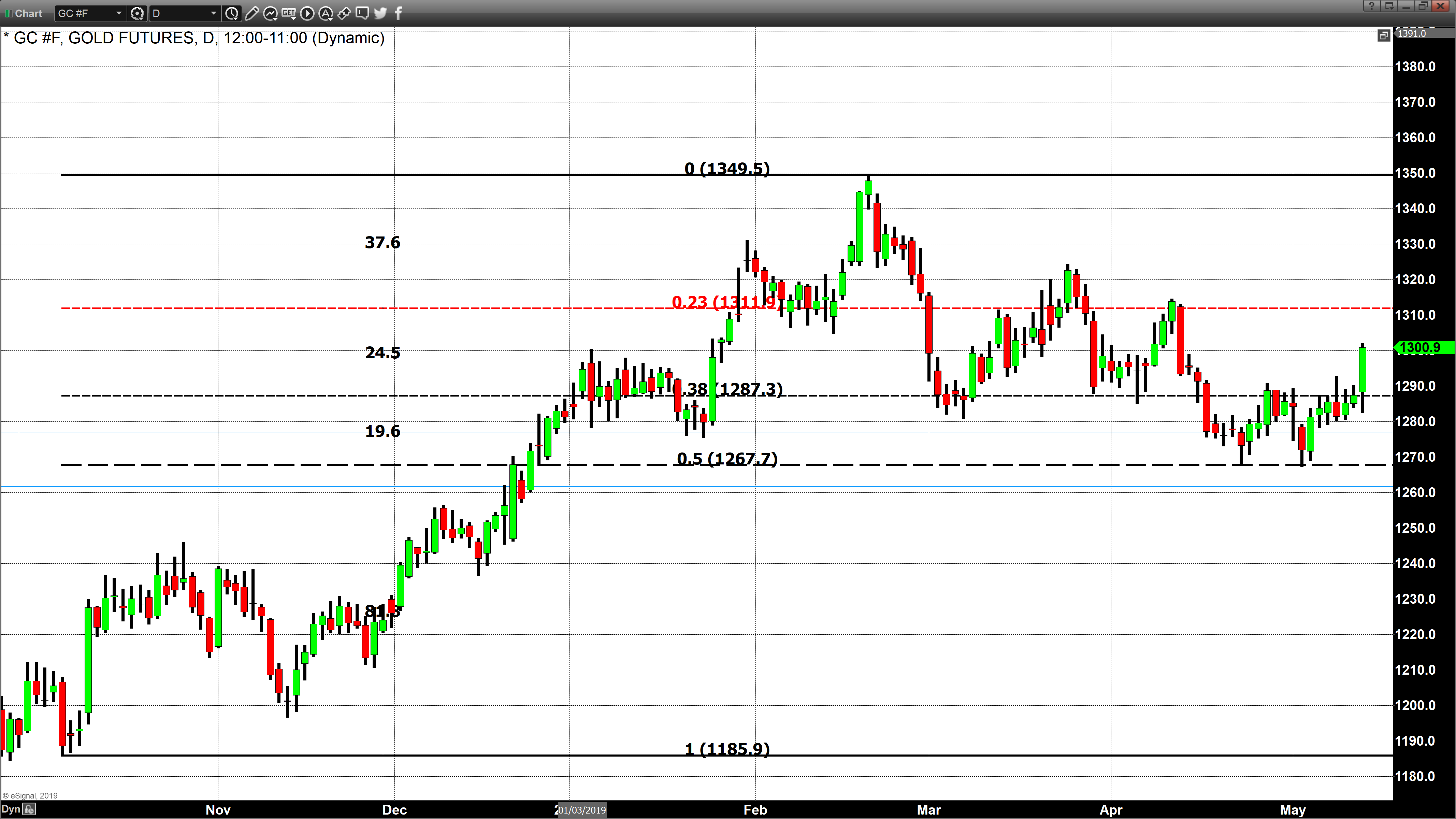