You might not think that a fractional gain would indicate bullish market sentiment, however in the case of today’s $0.60 gain per ounce of gold it is the fact that gold has held steady relative to the respectable gain that occurred on Monday of this week.

Gold pricing had broken below the 50-day moving average on April 11, and the 100-day moving average on April 16. Prices would continue to drop with a double bottom which occurred on May 2 before this current rally would begin. The rally which began on May 2 was a bearish candle which closed at $1272. This was followed on May 3 in which engulfing bullish candlestick pattern completed, taking gold prices to $1281. 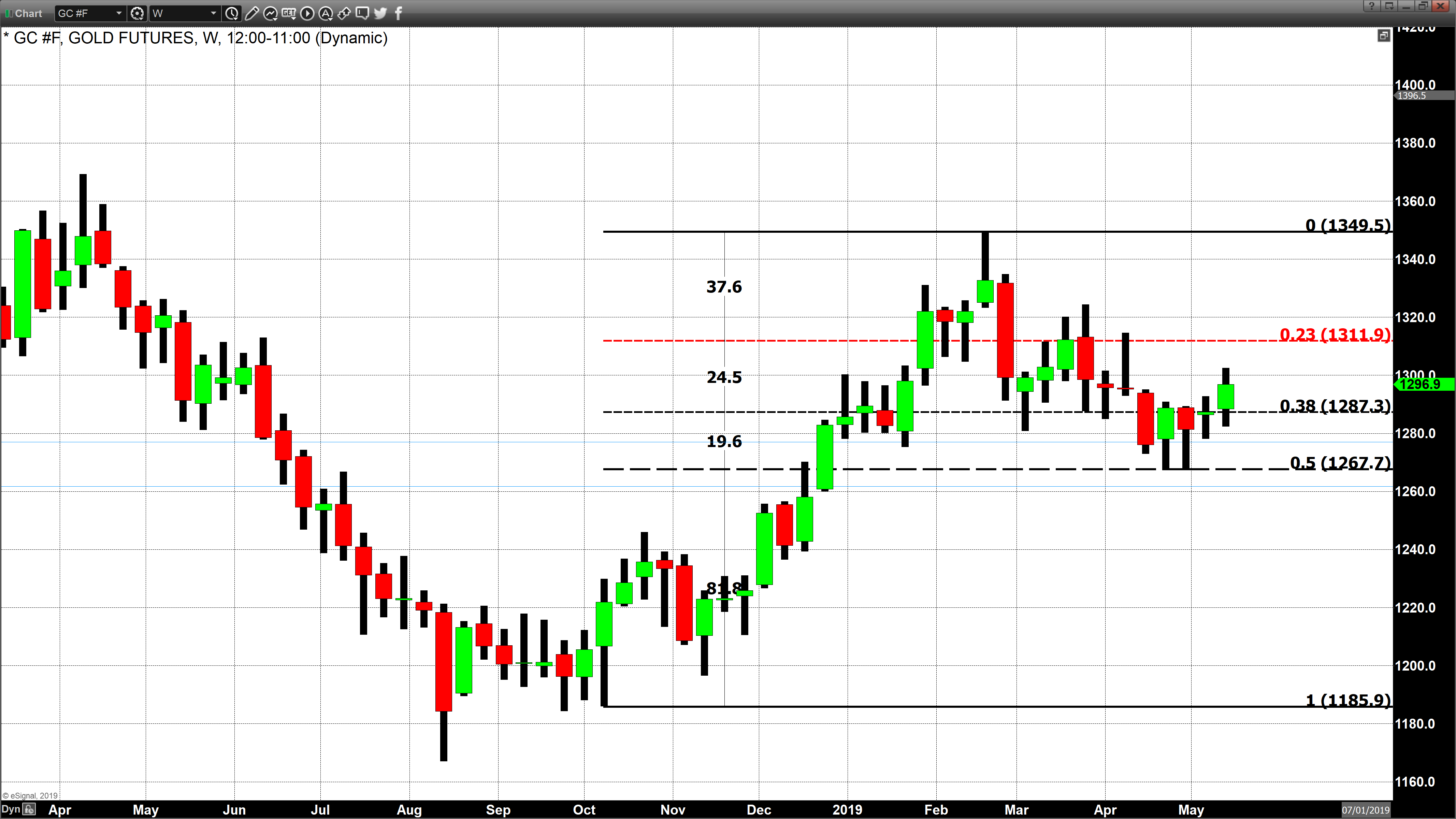 According to Investopedia, “The bullish engulfing pattern is a two-candle reversal pattern. The second candle completely ‘engulfs’ the real body of the first one, without regard to the length of the tail shadows. The Bullish Engulfing pattern appears in a downtrend and is a combination of one dark candle followed by a larger hollow candle. On the second day of the pattern, price opens lower than the previous low, yet buying pressure pushes the price up to a higher level than the previous high, culminating in an obvious win for the buyers. It is advisable to enter a long position when the price moves higher than the high of the second engulfing candle—in other words when the downtrend reversal is confirmed.” 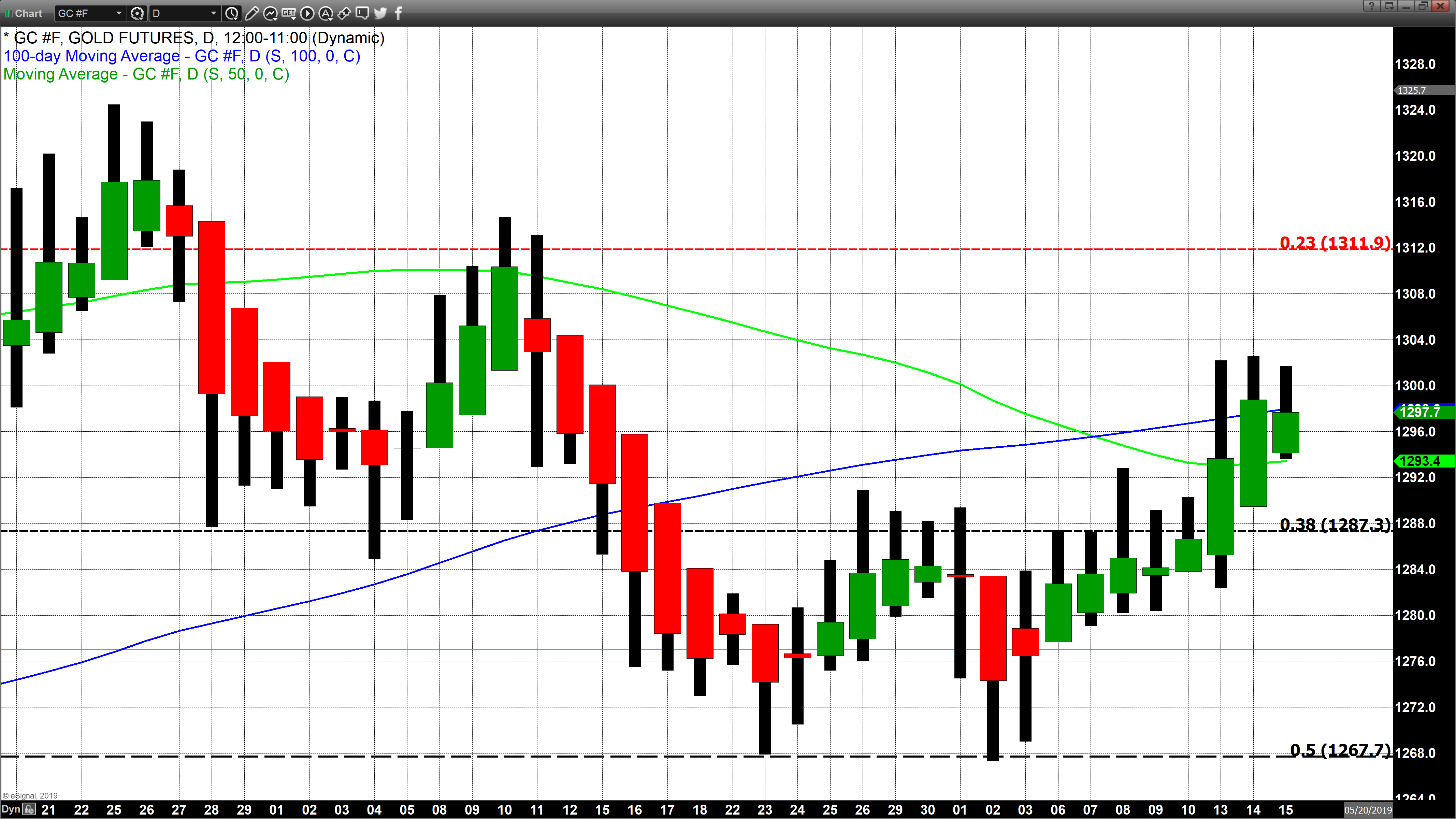 The fact that gold prices did not surge following the conclusion of an unsuccessful trade negotiation between the United States and China was somewhat bewildering. However that all changed on Monday of this week when gold surged from a low of $1280.40 closing just $0.10 off of the daily high of $1301.80.

The fact that gold has fractionally retraced since hitting Mondays high, and more importantly maintaining a price point above the 50-day moving average is a technical signal of strong demand and support at these price points. Based on our technical studies the next strong level of resistance is $1312, this is based upon a Fibonacci retracement of .23%. Therefore, I still strongly believe that the market will continue to rise back above $1300 with clear sailing until $1312 before any sizable retracement occurs.