Not even the Federal Reserve minutes from last month’s meeting seem to have any kind of dramatic affect either bullish or bearish as it relates to current gold pricing. The minutes released today defined a continuation of the current monetary stance which is focusing on staying the course and moving interest rates neither higher, or lower as they stated in recent statements released at the conclusion of the last couple of FOMC meetings. 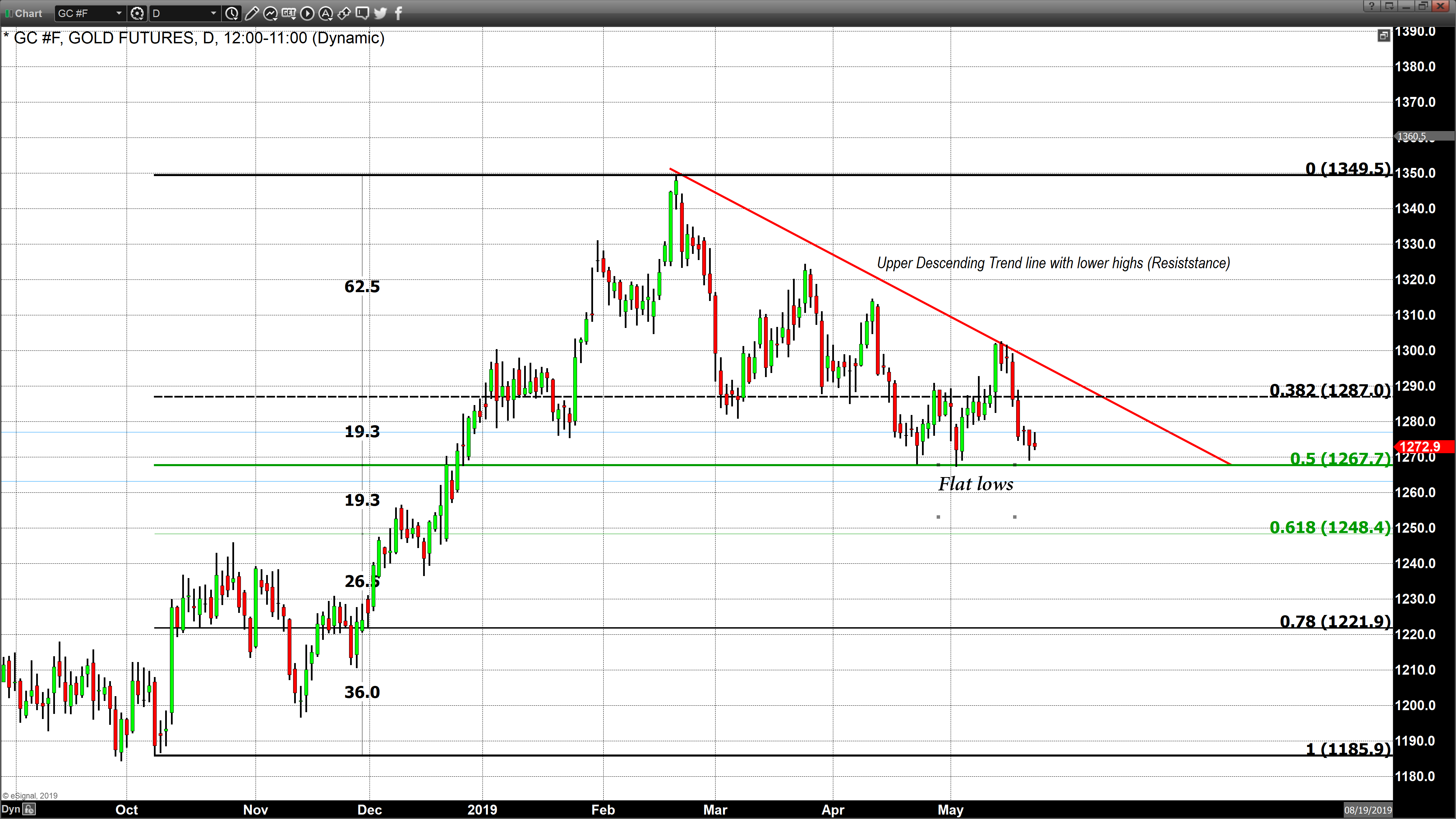 As reported in Bloomberg, “Federal Reserve officials judged at their latest meeting that their patient approach to interest-rate change would be appropriate “for some time,” and many sided with Chairman Jerome Powell’s view that the recent dip in inflation was probably temporary… Members observed that a patient approach to determining future adjustments to the target range for the federal funds rate would likely remain appropriate for some time,” according to minutes of the Federal Open Market Committee’s April 30-May 1 meeting released Wednesday in Washington.

Today’s minutes from last month’s meeting said that “In light of global economic and financial developments as well as muted inflation pressures, participants generally agreed that a patient approach to determining future adjustments to the target range for the federal funds rate remained appropriate.”

Today U.S. equities had modest declines across the board Bloomberg cited the motivating factor as renewed concern about the trade war “U.S. stocks fell Wednesday as trade tensions simmered, with the White House said to be preparing to blacklist more Chinese technology companies. The dollar and Treasuries held their ground after the release of meeting minutes from the Federal Reserve, which stressed a patient approach to interest-rate changes.”

As of 4:53 PM EDT gold futures basis the most active June contract is currently down by $0.10 on the day and fixed at $1273.10. This $0.10 price loss occurs with a fractionally higher dollar index which is currently up by 0.03% a net gain of .034 points and fixed at 97.93. This indicates that dollar strength although fractional was greater than any gains realized in gold pricing today.

The same can be seen in spot or physical gold today with the KGX (Kitco gold index) fixing the price of a single troy ounce at $1273.10. This can be further broken down into dollar strength which took away at -$1.40, with tepid buying resulting in an increase of $0.30 per ounce resulting in the net change to a loss of -$1.10 on the day.