Gold Within Striking Distance of $1,400

If the majority of market analysts are correct, when they proclaimed that investors and traders have been factoring in a series of rate cuts by Federal Reserve, along with rate cuts by other global central banks, then why did gold rise by almost $45 today? 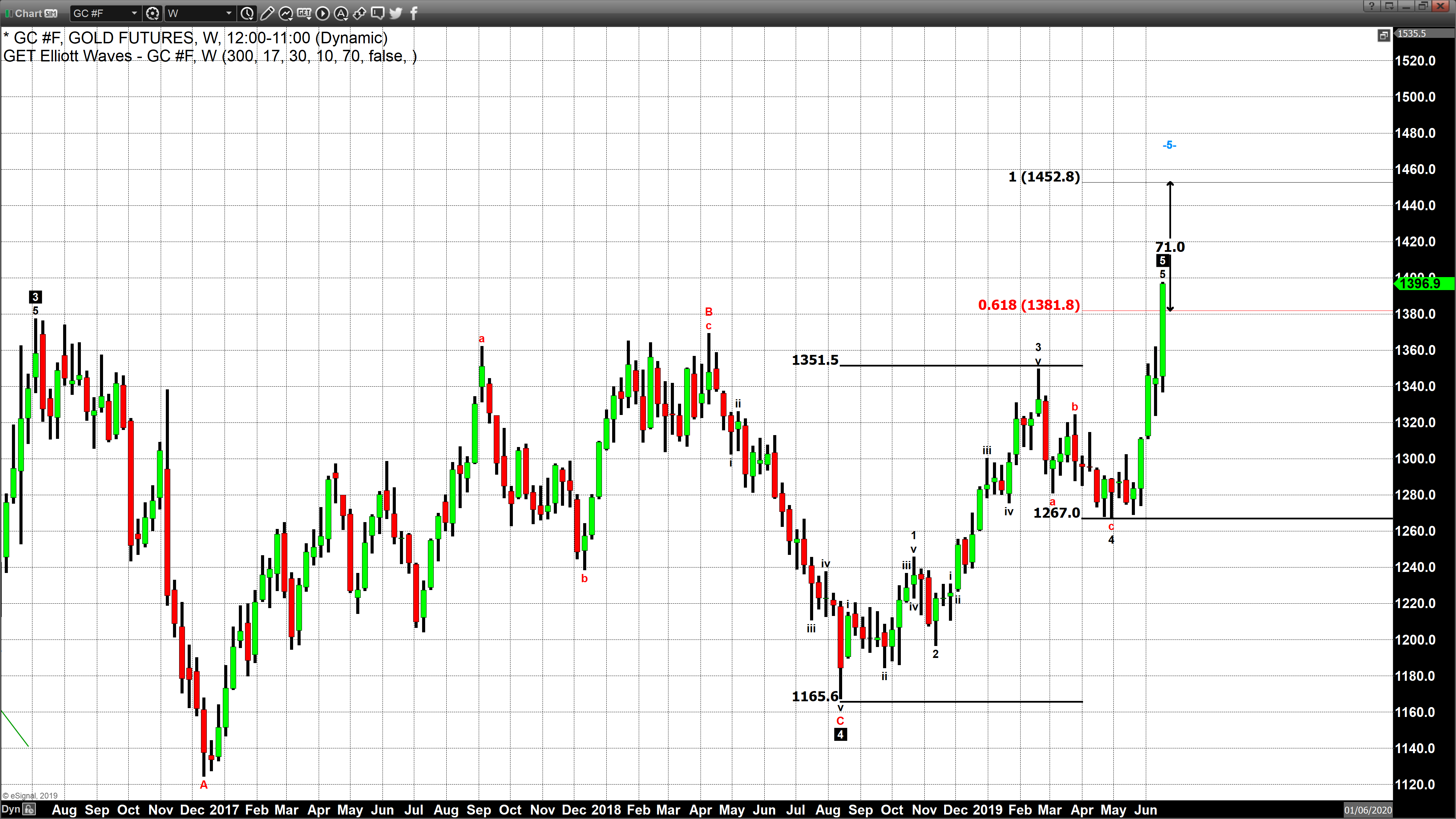 Yesterday the Federal Reserve announced that it would keep fed funds rates where they are, but changed their language in reference to future actions. They took out the word “patient” to describe their willingness to be data dependent, as they added “uncertainty” to describe the current economic scenario that they are dealing with.

Over the last few weeks the Fed along with other central banks have voiced dramatic concern over a slowing economy which is a direct result of the current trade war between the United States and China. Chairman Jerome Powell went as far as saying that they will do whatever’s necessary to “continue the economic expansion”.

However, it is the leaders of both the United States and China that seem unable to resolve the deep and real issues that must be addressed before any real resolution can take place. While the G-20 meeting this month will offer both superpowers the chance to sit down and talk, both presidents have the chance to set the tone but they are not the negotiators that resolve the issues.

If anything, it seems as though the chasm between the ideologies of the United States and China continue to widen and deepen, and the war of words becomes more stern and alarming.

What is missing are statements that suggest that each side is open to listen, and willing to discuss all potential solutions to come to a resolution that benefits not only both countries but the world at large.

These factors along with a recent incident in which Iran shot down a United States drone have collectively moved gold prices substantially higher.

As of 4:30 PM EDT gold futures are trading up $43.00, with the August contract fixed at $1391.80. This is the largest single day move that gold traders have witnessed in many years. This is also the first time that gold has breached the major resistance which occurred at $1370 per ounce.

Our technical studies indicate that the new level of resistance in gold is $1400 per ounce, with current support at $1381.80 (.618% extension of the last rally).