Silver's Day Is Coming - Are You Ready?

Gold just broke out of years of imprisonment in the $1,300 range. Long-suffering gold bugs are breaking out the champagne, and some are cashing in. That’s great, but for investors still looking to make a lot of money, the key fact is that silver has not yet broken out. And silver’s track record tells us that its day is coming—in spades. 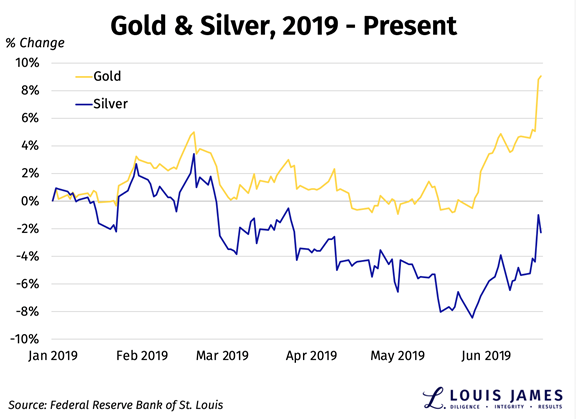 As you can see, silver is lagging gold by a wide margin. In fact, it’s still down for the year.

So, is silver dead? What’s wrong with it?

The answers are “no” and “nothing.”

This is, in fact, normal for silver. Silver prices are more volatile than gold prices.

Silver usually lags behind gold in the early days of a precious metals rally and then more than catches up, soaring way above gold in terms of percentages gained.

Consider what happened in the last major precious metals rally, after the crash of 2008… 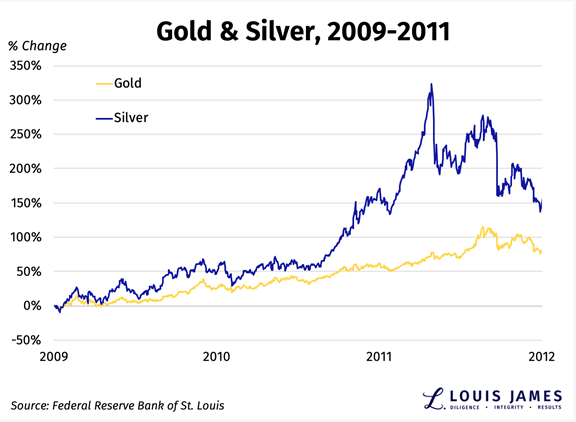 Then silver went on to triple the gains gold made by 2011.

If we pull back to look at the bigger picture of the precious metals boom from 2001 to 2011, we see the same pattern several times: silver lags gold, then more than catches up. 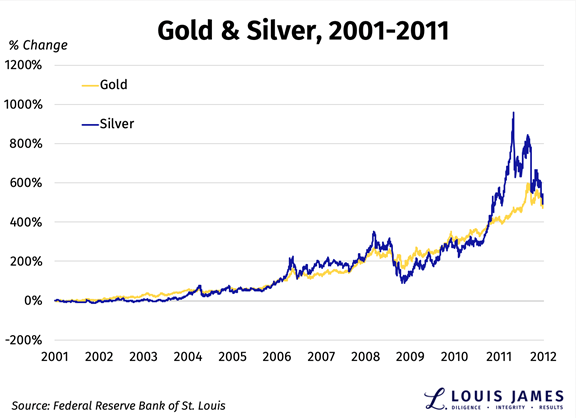 In fact, silver outperformed gold by a wide margin at its peak.

And this is not the first time. If we look at the last major precious metals bull market in the late 1970s, we see the same pattern. Here’s the long-term chart showing that silver spike and its performance up to the present day. 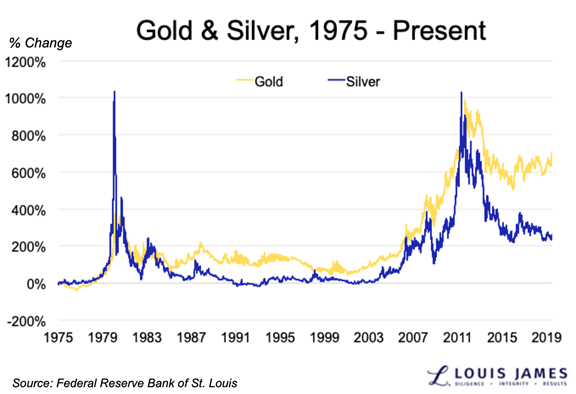 This is historical fact: silver tends to lag and then soar.

Of course, that could happen by gold prices dropping just as easily as silver prices rising. As I’ve written before, the gold-silver ratio doesn’t predict which metal will rise or fall when it gets out of whack. It just tells us that one or the other is likely to move toward the other.

If you’re a gold bear, you’re probably not reading this article, so let’s just stipulate that the fundamentals and technicals are very bullish for precious metals right now. That being the case, gold is not likely to fall compared to silver. Silver is likely to rise to catch up to gold.

Hence my claim that silver’s day is coming—in spades.

Are you ready for it?

Because the data tell us that silver’s rise, whenever it’s triggered, will be spectacular.

As with my comments on the gold breakout, if you have questions, I encourage you to join me in my next live Q&A chat, scheduled for 12 noon EDT on Saturday, June 29. If you can’t make it while we’re live, please check out the recording afterward.

If you’d like to keep up with my take on this and other speculative opportunities, please sign up for my free, no-spam weekly letter, the Speculator’s Digest.

And if you want to see how I’m deploying my own money to do as I say, please subscribe to my flagship publication, The Independent Speculator.

However you proceed, I’ll do my best to help you out.