After reaching a new high for 2019 yesterday gold prices have retreated as traders and investors take profits and await any news from the upcoming G-20 meeting. Gold futures basis the most active August contract traded to a high above $1440 yesterday before trading lower and closing fractionally lower on the day. This was followed by today’s trading in which market participants took gold futures to a low of $1405 before hitting the price higher off of those lows.

As of 4:44 PM EDT gold futures are currently bid at $1412.90 which is a net decline of $5.80 on the day. Dollar strength provided some headwinds; however, it was mostly selling pressure that took gold prices lower in trading today.

Statements made yesterday by Chairman Jerome Powell was enough to begin a round of selling pressure and profit taking after a substantial uptick and rally in gold prices resulted in a new yearly high. Coupled with favorable statements by Stephen Mnuchin, U.S. Treasury Secretary today regarding the current trade war between the United States and China, and the upcoming G-20 meeting which will include private talks between the presidents of both superpowers.

On a technical basis yesterday, we identified the daily candlestick as a “doji” in the star position. A doji is simply a candlestick in which the open and closing price is either equal or a couple of ticks apart. It can indicate consolidation and indecision in the markets, and it can also indicate a potential key reversal, in this case from bullish to bearish. We also talked about potential for a variation off of a pattern called a “Three River Evening Star” to be identified if the following candlestick contained a close below its opening price with a lower low and a lower high than the previous day. 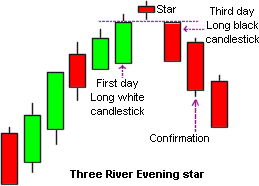 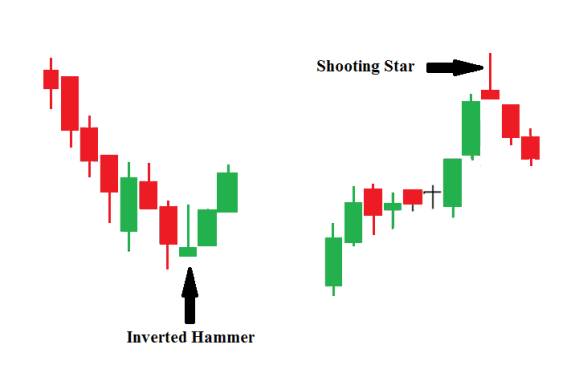 According to Wikipedia a shooting star, “is interpreted as a type of reversal pattern presaging a falling price. The Shooting Star looks exactly the same as the Inverted hammer, but instead of being found in a downtrend it is found in an uptrend and thus has different implications. Like the Inverted hammer it is made up of a candle with a small lower body, little or no lower wick, and a long upper wick that is at least two times the size of the lower body. The long upper wick of the candlestick pattern indicates that the buyers drove prices up at some point during the period in which the candle was formed but encountered selling pressure which drove prices back down for the period to close near to where they opened. As this occurred in an uptrend the selling pressure is seen as a potential reversal sign. After encountering this pattern traders often check for a lower open on the next period before considering the sell-signal valid.”

To use this pattern as a sell signal it must contain a confirming candle on the following trading day, meaning tomorrow. A confirming candle would be created if tomorrow’s price activity resulted in gold prices closing below its opening price and the daily range included a lower high and lower low than the previous candle.