Gold is one of the rarest elements in the world, making up roughly 0.003 parts per million of the earth’s crust. But how much gold is the world digging up each year and what countries produce the most?

In 2018, global gold mine production was a reported 3,332 tonnes. This figure is up 2 percent from the previous year and is the largest year-over-year growth in the last four years, according to the GFMS Gold Survey 2019. The driving forces behind increase in production came out of operations in Argentina, the U.S., Russia and Mali.

Although production was up in 2018, versus a small decrease of 5 tonnes in 2017, it raises the question I’ve explored recently – have we reached peak gold? The idea is that all the easy gold has already been discovered and explorers have to dig deeper to find economically viable deposits. For example, South Africa was once the top gold-producing country by far, digging up over 1,000 tonnes in 1970, but annual output has fallen steadily since. On the other hand, several nations have emerged in the last few years as growing gold producers.

As seen in the chart below, China takes the number one spot of global gold producers by a wide margin, extracting 87 tonnes more than second place Australia. The top 10 rankings remained unchanged from 2017 to 2018, with the exception of Indonesia and Peru switching between sixth and seventh place, respectively. Of the top producers, Indonesia posted the largest annual gain, boosting output by 23 percent. 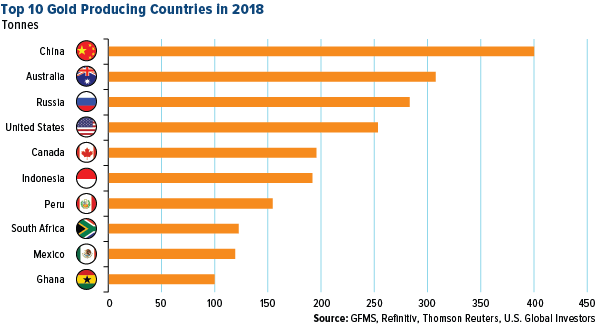 Below are more details on the top 10 countries with the largest gold production in 2018, beginning with the top producer and top consumer of bullion, China.

For many years China has been the top producing nation, accounting for 12 percent of global mine production. However, this is 6 percent lower than 2017 and marks the fourth consecutive year of declines. The downtrend is largely due to tighter environmental policies imposed by the government. For example, stricter control over the use of cyanide at gold mines forced several operations to cut back production.

Australia, on the other hand, has posted six consecutive years of increases in production, up by 6 percent in 2018. GFMS reports that Newcrest’s Cadia Hill mine set a record-high production of 23 tonnes, which is a 38 percent increase from 2017. AngloGold Ashanti production posted a 12 percent increase while Kirkland Lake grew by 21 percent. The minerals industry produces over half of Australia’s total exports and generates about 8 percent of GDP.

A massive 83 percent of European gold comes from Russia, which has been increasing its production every year since 2010. Russian output grew by 11 tonnes in 2018, or about 2 percent, as policy makers are focused on growing the industry. Who is the largest buyer of Russian gold? The Russian government, of course, which purchases around two-thirds of all gold produced locally. 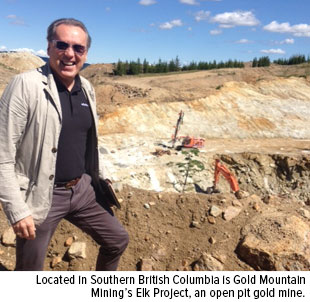 American gold output rose by a whopping 10 percent in 2018, marking the fifth consecutive year of growth.

Production was supported by higher grades at Newmont’s operations in Nevada. In fact, around 78 percent of gold produced in the U.S. is from Nevada.

Canada inched up two spots on the list last year, and has kept the number five spot in 2018 – producing 17 tonnes more year-over-year.  In 2017 Toronto-based Seabridge Gold stumbled upon a significant goldfield in northern British Colombia after a glacier retreated and is estimated to contain a whopping 780 metrics tonnes. This could be a source of increased output in the coming years.

Indonesia overtook Peru to grab the number six spot. The island nation posted the biggest production increase in 2018 of 23 percent, or 36 tonnes. A high-grade development in the Grasberg open pit operation drove most of the gains, with the giant producing nearly 40 percent of the country’s total gold output. The Indonesian government has been restructuring environmental and taxation policies, which were negatively impacting the mining industry for a few years.

Gold output fell for a third consecutive year in Peru, by 7 tonnes, largely due to crackdowns on illegal mining operations in the La Pampa region and lower grades at existing projects. Mining is a significant portion of Peru’s economy and accounts for over 28 percent of the region’s total output.

Once the top gold-producer in the world by a wide margin, South Africa’s gold mines have been slowing every year since 2008, with the exception of 2013 when production rose by a few tonnes. The nation is struggling with rising costs for electricity and labor, with many mines closing due to unprofitability. South Africa is, however, still home to the world’s deepest gold mine, the Mponeng mine, extending 2.5 miles underground.

Although production fell by 4 percent and for a third consecutive year, Mexico remains a competitive gold source. Output has risen from just 50.8 tonnes in 2008 to over 130 tonnes in 2017, one of the largest increases in a nine year span. Mexico is an attractive place for mining due to a relatively low cost of regulation. 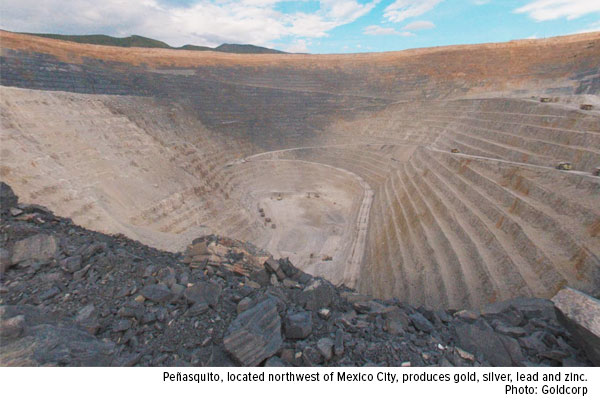 Ghana is Africa’s second largest producer of gold, and could soon beat out South Africa for the top spot, and is also known for its reserves of various industrial minerals. Bullion production rose by just a tenth of a tonne in 2018 and accounts for over 20 percent of the nation’s total exports.

For weekly updates on the gold market from our investment team, subscribe to the Investor Alert newsletter by clicking here!

All opinions expressed and data provided are subject to change without notice. Some of these opinions may not be appropriate to every investor. By clicking the link(s) above, you will be directed to a third-party website(s). U.S. Global Investors does not endorse all information supplied by this/these website(s) and is not responsible for its/their content.

Holdings may change daily. Holdings are reported as of the most recent quarter-end. The following securities mentioned in the article were held by one or more accounts managed by U.S. Global Investors as of 03/31/2019: Kirkland Lake Gold Ltd, Newmont Mining Corp.

Gross domestic product (GDP) is the monetary value of all the finished goods and services produced within a country's borders in a specific time period, though GDP is usually calculated on an annual basis. It includes all of private and public consumption, government outlays, investments and exports less imports that occur within a defined territory.